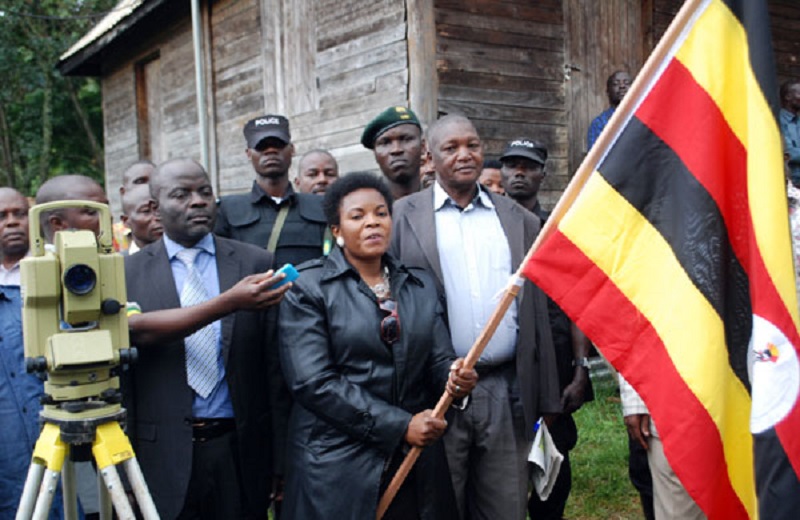 The ministry of Lands, Housing and Urban Planning has started a new digital land demarcation system to be used by surveyors.
Mr John Lutaaya, the acting principal staff surveyor, said the government adopted the new 4.5 million Euros (about Shs20b) geodetic reference system to curb the rampant land grabbing and border disputes.
He said the geodetic reference is a new system of demarcating land and will support land surveying and mapping, administration, and other spatial data-capturing activities.

Mr Lutaaya said the new system will also benefit other sectors, including tourism and transport.
Mr Lutaaya, who was speaking at a workshop to explain the new system dubbed Uganda Geodetic Reference, said the system will establish a modern, reliable and accurate reference frame for the entire country.
“This new geodetic referencing has 12 active stations like telecommunication masts that will send out signals at any given time so that the users interrelate with other points so one does not need to buy many equipment as been before,” Mr Lutaaya said.

He said the new system is modern and their data points are international with broadened and not localised reference system for certain regions alone as was previously. He said the old system was composed of stations that were not interrelating with its users.
“Close to 90 per cent of the old system was vandalised, but in the new network, we are able to get information with the signals. We’re moving in series, starting with checking the ground for the new stations,” Mr Lutaaya said.

“We have 12 active stations with accurate information in Masaka, Mbarara, Mukono, Gulu, Soroti, Lira, Kibaale, Masindi and many more. But we are yet to cover south-western Uganda, that is Kabale and Rukungiri,” he added.
Mr John Kitaka, also a surveyor and principal cartographer from Lands ministry, said they need to raise awareness for the people to get to know that these points are crucial.
“The population has to change attitude and the material we are using to construct these points are very few but people find it very hard to provide space for such projects, which are very useful to the country ,” Mr Kitaka said.