IN March 23, 2020 BY witnessradio.org 680 views Leave a comment
land, livelihood and investment Livelihood 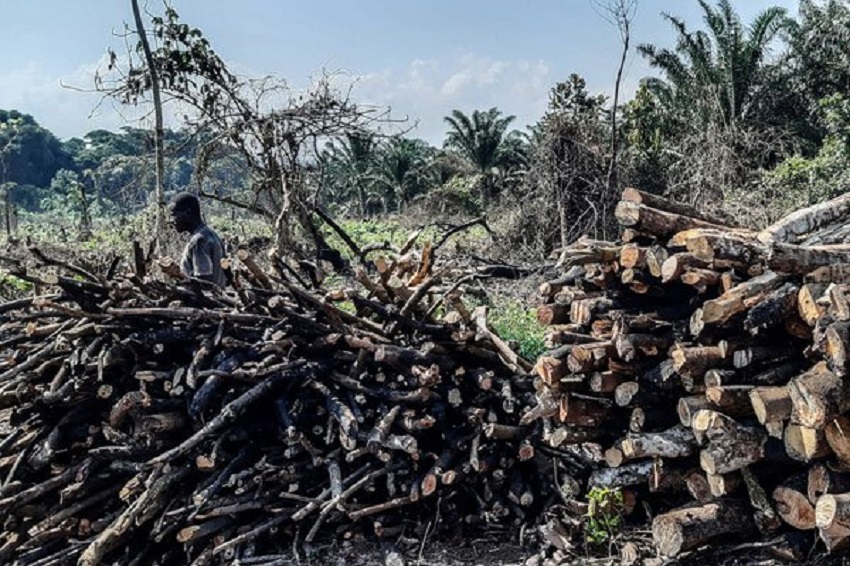 He switched to charcoal burning business three years ago after abandoning fishing.
“I resorted to charcoal burning in 2017 after losing all my fishing gear to soldiers deployed on the lake. They claimed my nets and boat were not of the recommended size, I was left with nothing yet I have a family to look after,” Kaliisa narrates
Well aware of the dangers paused by the indiscriminate tree cutting to burn charcoal, this is Kaliisa’s only source of livelihood.
“I know that cutting down trees is dangerous, but it is the only job I can do to survive here, I have no option,” he says.

A latest survey shows that the district has lost 2,080 acres of forest cover in the past two years. Kalangala’s acreage is 2.2 million.
According to the environmental survey conducted in December 2019 by Kalangala District NGO Forum (Kadingo), a community based organisation, indiscriminate felling of trees is mostly done in central forest reserves where 1,580 acres have been destroyed in the last couple of years.
Some of the most depleted central forest reserves, according to the survey, include Funve in Mazinga Sub-county, Bunyama, Buswa and Kisujju in Bujumba Sub-county.

Others are Buuga, Tonde, Kitemu , Bugana, Ssekazinga and Butulume.
Mr Emmanuel Ssekimpi, the chairperson of Kadingo, says private forests that have been cleared and the owners have resorted to burning charcoal, growing pineapple and rice as well as creating space for human settlement and dairy framing.

“It is worrying that Kalangala as a district is left with only six privately-owned natural forests, which are still intact. These forests sit on about 2,600 acres. The rest of the forests have since been cleared for oil palm growing,” he says.
According to the survey, majority of the depleted forests are in the villages of Mulabana, Bwendero, Bujumba and Dajje- Bweza, all located in Bujumba Sub-county. Those still intact are in the villages of Bugoma, and Bumangi in Mugoye Sub-county, and Kaazi -Malanga and Kitooke in Bujumba Sub-county.

The uncontrolled felling of trees targets old tree species and most of such activities are done at night, according to the survey.
The most felled tree species are Elgon Olive, Mvule, Musizi and Mahogany, which make high value furniture.
“Between 2015 and 2017, there was limited encroachment on both private and public forests in the district, but the situation worsened in 2018 when residents started engaging in a series of environmental degradation activities,” Mr Ssekimpi reveals.

Contradiction
The survey comes at a time when Kalangala District leaders are pushing through a proposal to have Parliament degazette Lutoboka Forest Reserve.
Mr Willy Lugoloobi, the district chairperson, says cutting down Lutoboka Forest Reserve is the only way they can expand and develop the town. The district boss argues that the town lacks land for expansion of the district prison, a mortuary and public cemetery.