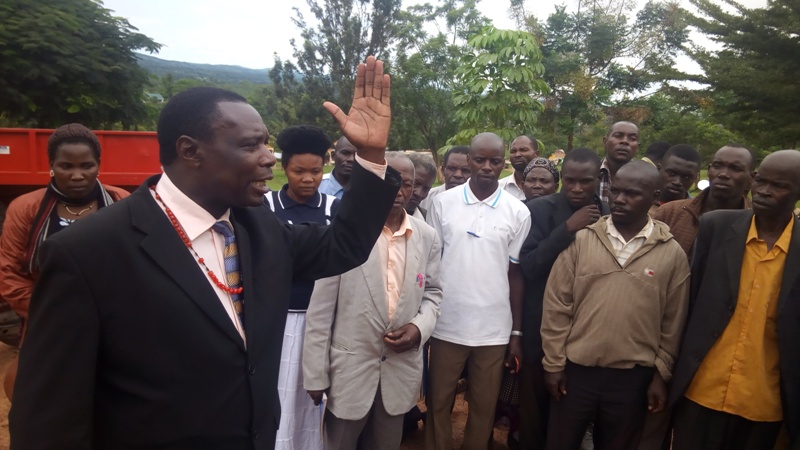 At least 200 residents of 10 villages in Kagoma parish, Kitenga Sub-County Mubende district have stormed the district headquarters demanding the intervention of its leadership led by Francis Kibuuka Amoti into their looming eviction off their land.

These are part of over 3,500 ordinary farmers who were affected by a 2-square mile land sale by the landlord without their knowledge and compensation.

Like in the previous case, Ronald Nkugwa who owns land on Block 339 Plot 164 used the same IVYS logistics company to sell off land covering 10 villages without compensating the affected residents.

Led by Hassan Ssekyanzi, Emma Kisenyi, Joseph Ssebuliba, Charles Nsubuga, Joseph Nkoomi and Deo Ssematta, residents protested the manner in which they were pushed off their bibanja (plots of land) that turned merely turned them into a state of starvation because of hunger.

Apart from their food crops, the evictees also used the land to practice ecomic activities such as rearing goats, heads of cattle, piggery, goats, among others, saying that they have since been stopped from using the land for the said activities.

The fiery residents vowed never to turn back unless Mubende district leadership has come to their rescue from the heartless land lord who evicted them.

He informed them that he had handed their grievances to the district land board thus asking them to go back and utilize their land normally promising to solve their problems.
Reporting by Experito Kimazi and editing by Deo Walusimbi