special investigative programmeland, livelihood and investmentAfter losing their economy and now land, what will be left of the Acholi?

IN February 18, 2019 BY witnessradio.org 1026 views Leave a comment
land, livelihood and investment Livelihood 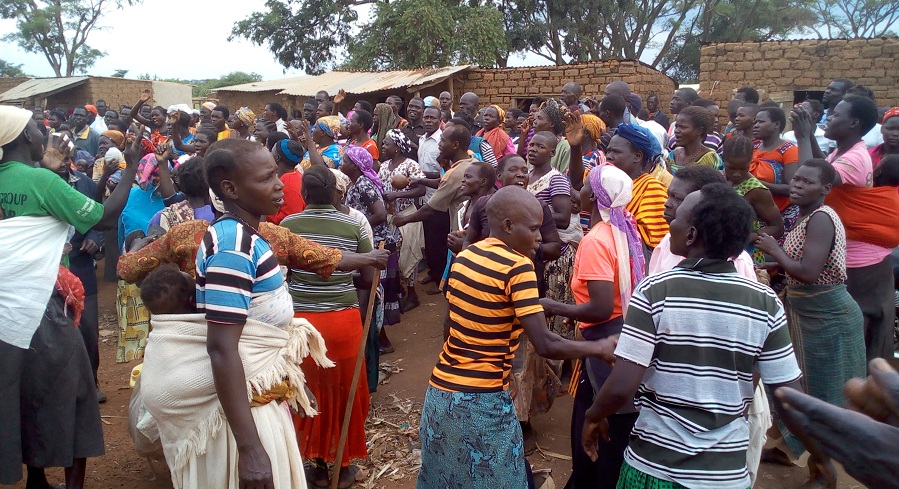 Apaa land crisis is back in the news yet again with tens of lives lost, hundreds of huts burnt and thousands of people forced into internally displaced people’s camps (IDPCs). The trend of events unfolding in Apaa is reminiscent of the degrading and inhumane atrocities orchestrated against the Acholi during the war between the Lord’s Resistance Army (LRA) and government.
A war broke out in northern Uganda between, initially, government and Uganda People’s Democratic Army (UPDA), which later metamorphosed into the Holy Spirit Movement (HSM) and the Lord’s Resistance Army (LRA). It is believed by some that the war was a defensive response against the NRA onslaught.

The LRA war raged on for decades even when the NRA government had the military and political infrastructure to resolve it sooner. In fact, the war continued amidst several calls from a cross section of Ugandans and the international community to bring it to a speedy and peaceful end.
The regime was recalcitrant and insisted on using the might of the gun at the peril of the people, to end the war.
In the meantime, the war was taking its toll on the people of Acholi. They had been forced to abandon their homes and were herded into squalid, sub-human conditions in internally displaced people’s camps.
Their economic activities, especially crop farming and rearing of animals had been brought to a halt. Their cultural and moral fibre had been broken. Put differently, the war had nearly decimated the civilisation of the Acholi as a people.

Eventually, when the guns fell silent and the people were released to go back to their normal lives, they had nothing else left to begin the new life with.
Worse still, while in encampment, Acholi people had been conditioned to acquire a new culture that preferred begging to work. As a result, many had become lazy and could not reasonably use the only asset they had left, i.e. land, to change their lives.

Then government, instead of formulating and designing a Marshall Plan to resuscitate the socio-economic, cultural and political life of the people of Acholi, decided to take advantage of their vulnerability and powerlessness through coercion and other State machines to forcefully grab swathes of land to purportedly give to ‘foreign investors.’
There are several cases of State inspired land grabs in Acholi currently. In Amuru District, government surveyed and handed more than 10,000 hectares of land to Madhvani Group of Companies.

In Pader District, government has given Aswa Ranch to several unknown ‘investors’ to share. In Kitgum District, Orom Sub-county, government wants to give over four square miles of land to the army to build a military barracks, etc.
The Apaa land crisis is thus viewed as a scheme by some powerful people to dispossess the wananchi. It is in fact alleged that some powerful people have a hand in it. That is why government is reluctant to do anything meaningful about it. After losing their moral and cultural fibre, economy and now land, one wonders what will be left of the Acholi as a people.