Lango, Uganda | The National Agricultural Research Organization- NARO with support from the European Union has launched a 25 Billion Shillings project to address poverty and malnutrition under the Development Initiative for Northern Uganda -DINU.

The Chase Hunger and Poverty project will focus on promoting production for both crops and livestock .

Under the project, farmers will be encouraged to grow a variety of crops such as maize, soya beans, beans, cassava, sweet potatoes and sunflower among others.

For livestock, the project will focus on local poultry, dairy, rabbit rearing, beekeeping and fish production.

The project which will run for the next three years will be implemented by NARO together with eight partner institutions under the supervision of the Office of the Prime Minister.

It will be implemented in the districts of Lira, Oyam, Kole and Alebtong in Lango sub-region and Pader, Nwoya, Gulu and Kitgum in Acholi sub-region.

Speaking at the launch of the project in Lira on Friday, Dr Yona Baguma, the NARO Deputy Director-General in charge of Research coordination, said that Northern Uganda was considered because it is still recovering from nearly two decades of insurgency.

Dr Laban Turyagyenda, the Director of Research at Ngetta ZARDI says that the institution has offered adequate space for partners to implement the project.

Joseph Obua, the Chairperson of the NARO Council says that with proper implementation and transparency in the project, there is hope that the project will address the poverty challenge in Northern Uganda.

Canon George Adoko, the Chief Administrative Officer for Alebtong District is optimistic that the project will supplement the District’s plans of eradicating.

DINU is a flagship programme of partnership with the Government of Uganda through which the European Union continues to support the consolidation of peace, stability and socio-economic development of Northern Uganda.

It is a follow-up program to Karamoja Livelihood Program that ended in 2015.

Shs148 billion earmarked for irrigation
Related Topics:Farm News
Up Next 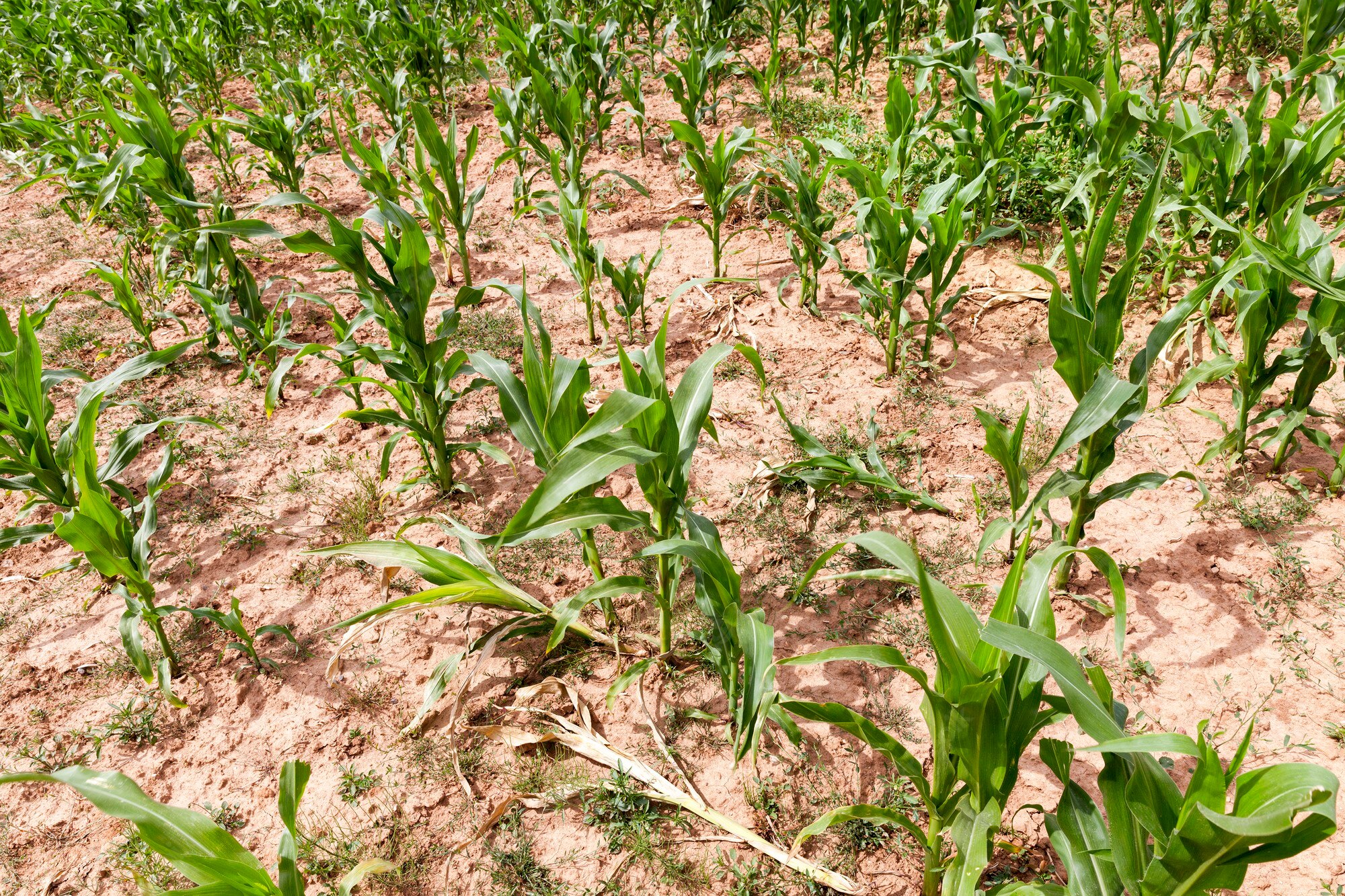 ICPAC has predicted moderate rainfall for this week (September 20-27, 2022) for parts of the Greater Horn of Africa including Uganda.

ICPAC is a Climate Center accredited by the World Meteorological Organization that provides Climate Services to 11 East African Countries.

ICPAC says one millimetre of rain is equivalent to one litre of rain per square kilometre.

At the same time, light rain is expected over parts of some countries in the Greater Horn of Africa. “Light rainfall (less than 50 mm) expected over southern Sudan, eastern South Sudan, Burundi, coastal Tanzania, central to western and eastern Kenya, central to southern Somalia, Djibouti, Eritrea, and parts of northern and southern Ethiopia,” ICPAC stated.

In addition, dry conditions are expected over northern Sudan, parts of northern and eastern Kenya, and most parts of Tanzania.

Do not plant yet, farmers warned 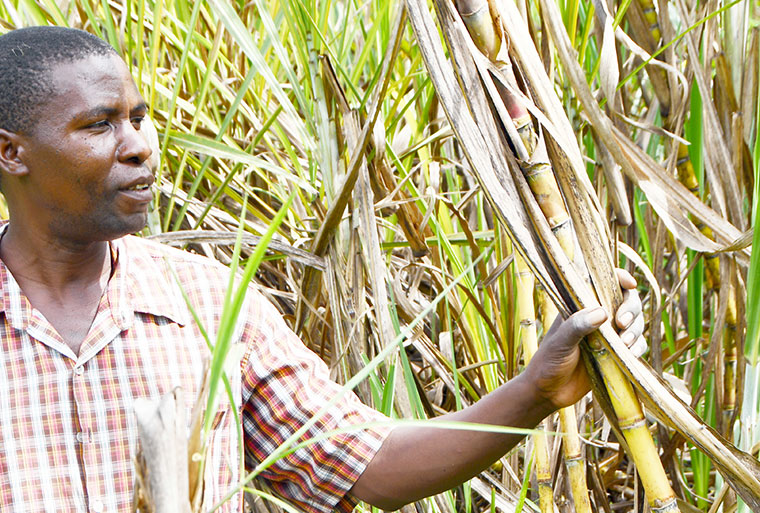 While the sugarcane sector has the potential to empower stakeholders along the value chain, farmers have abandoned their fields for other income-generating activities, writes YUDAYA NANGONZI.

Currently, sugar production has declined amidst increasing demand from consumers and fluctuating prices, with the majority of millers operating below capacity. In a study conducted by the Economic Policy Research Center (EPRC) on the sector, Dr Swaibu Mbowa, the lead researcher, attributed the massive exodus of cane growers to lack of markets and a decline in cane prices while other farmers have already replaced cane with food crops.

The increasing levels of poverty in cane-growing districts have also forced farmers to rethink the crop. In Uganda, about 29,000 farming households engage in cane production with an estimated 640,000 labourers. More households took up the business between 2012 and 2021 with at least 40,000 households, at one point, growing cane between 2005 and 2021.

“By the time we collected data in November-December 2021, this number had declined to about 29,000. This indicates that 28 per cent of out- growers had abandoned cane growing, with the highest attrition rate (33.8%) occurring in the Busoga sub-region,” Mbowa said.

This implies that one in every three cane farmers in Busoga has abandoned the business. Currently, Busoga has 20,474 growers while 10,475 stopped growing cane. In the Buganda region, the research shows that there are 4,394 growers and 522 farmers out of the business. In Bunyoro, 367 farmers joined other activities, leaving 3,801 active growers.

Mbowa presented the daunting figures at the recent 10th national Forum on Agriculture and Food Security held at Sheraton hotel in Kampala. The forum was organized by the EPRC in collaboration with Michigan State University and the International Food Policy Research Institute under the auspices of the Food Security Policy Research, Capacity and Influence.

Themed “Revisiting Policy, Institutional and Regulatory Arrangements in Uganda’s Sugarcane Sector”, the forum intended to stimulate debate on how to strengthen and improve the implementation of the sugarcane policy and regulatory frameworks to foster sustainable transformation in Uganda.

This arrangement, farmers argued, has forced many to collapse as millers suffocate the sector. As of 2020, there were 33 licensed mills, with a combined milling capacity of 71,850 tonnes per day.

However, by December 2021, only 12 mills in the study sub-regions were operational and out-growers sold more cane to mainly established large millers who have disproportionate power over sugarcane price determination.

Mbowa noted that existing millers acquired new licenses in different jurisdictions to forestall other players from establishing milling plants in the same area. This could explain why there are fewer operational mills than those licensed.

Speaking to The Observer on the sidelines of the forum, a cane out-grower and director of the sugarcane value chain at Operation Wealth Creation, Kabakumba Labwoni Masiko, agreed that prices are illogically fixed by millers.

“We may look at millers as competitors in business but it’s not the case during price determination. Unlike in the past when millers would negotiate with farmers or their association, today, you find the price fixed on their notice board. Surprisingly, cane is the only crop where prices don’t vary much across the country. What does that mean?” Kabakumba asked.

Due to the price inconsistencies, some farmers have been forced to cut the cane for other activities since millers were also taking longer to buy it at fair prices.

“Today, there’s scarcity of cane. Millers are looking for cane in vain and that cyclical nature of operation by hurting farmers is catching up with them and the entire sugar sector,” she said.

The farmers also faulted millers for infiltrating their organization to ensure that they remain weak and the introduction of cane harvesting permits has created a black market for them, especially in Buganda to the detriment of farmers.

The manager of Kayunga Sugarcane Outgrowers Cooperative Society, Semeo Mugenyi, urged the government to regulate how far millers can go in expanding their nucleus to reduce competition with farmers.

“The primary role of an investor is to give economic opportunities to the local people. If the investor takes half of the supply, then it limits potential farmers on their supply,” Mugenyi said, adding that without a sugar mill managed by farmers as promised by President Museveni, cane farmers will continue to be exploited or exit the sector.

The study findings call for urgent discussions among government and sector stakeholders on the future of the sugarcane sector. In particular, the study points to the need for the constitution of the sugar board, as recommended by the Sugar Act 2020 to oversee the sector. Mbowa said the inclusion of out-growers in the cane sector is “the primary means by which it can contribute to increases in rural farm household incomes, food security, and rural employment in cane-growing areas.”

To date, the 2010 Sugar Policy and the Sugar Act of 2022 are not operational. David Kiiza, a senior industrial officer at the ministry of Trade, said the government has made strides in organizing the sector but remains constrained by inadequate funds.

“We wrote to stakeholders and they sent us their nominations but the ministry of Finance said it has no money for setting up the board. They [Finance] told us to make a supplementary budget of Shs 2bn [to set up the board] but they have told us to wait. Most likely, the money will be availed in the next financial year,” Kiiza said.

He added: “The ministry of Trade has already held a meeting with millers and we plan to schedule one for the out-growers and later meet them all in one meeting to agree how to set up the board as we await funds from the government. By the end of this year, we expect the Act to be reviewed.”

In the meantime, Kabakumba urged the traditional big millers to graduate into the production of refined industrial sugar as Uganda has brown sugar in surplus. This would provide the much-needed market for the farmers of sugarcane as well as more employment opportunities for small millers dealing in brown sugar. 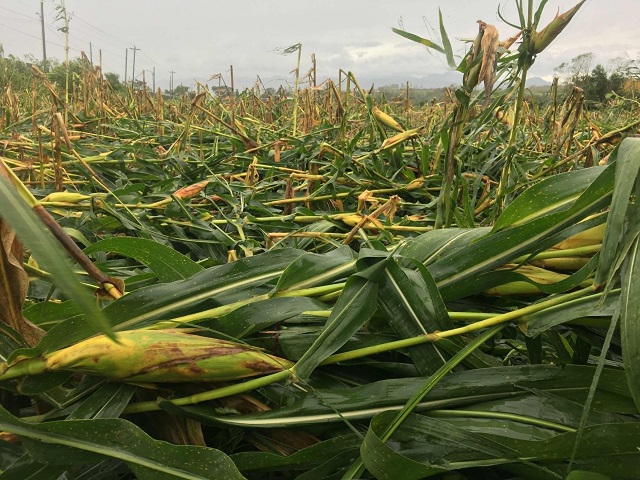 Isingiro, Uganda. Residents of Rugaaga, Kashumba sub counties, and Kabingo town council in Isingiro district are counting losses following a heavy hailstorm that destroyed their gardens. The hailstorm that affected more than 300 homesteads also destroyed a community school and houses on Tuesday.

Kenneth Kaunda, the headteacher of Noah Community School said that the rain that started at 4:00pm, de-roofed three classroom blocks and the school’s administration block.

Kaunda says that he is now planning to call the PTA and school management meeting over the matter.

Warren Matiibita a resident of Katungye cell said he has lost 16 acres of banana plantation to the hailstorm and this leaves him worried about how he will manage to pay his loan and school fees for his children. Matiibita says that he has been collecting at least 100,000 Shillings from 100 bunches every two days.

He also says the hailstorm destroyed gardens of beans, cassava, and maize.

Steven Mwesigye, the chairperson LCI Katungye cell said about 320 households were affected by the hailstorm in his village and seven houses were destroyed.

He said that the hailstorm hit at a time when the area is experiencing a dry spell.

Medius Kenkanja, another affected resident said that she lost one and a half acres of cassava and eight acres of banana plantations, and a house leaving her stranded with her eight children. She pleaded with the government for help.

Alone Turahi, the Isingiro LCV chairperson said that they have asked the District Production Officer to compile a comprehensive report on the extent of the damages caused by the hailstorm.

Anita Atukwase, an environmentalist with Save the Nature in Isingiro district says that there is rampant deforestation and poor farming practices in the area.

Original Source: URN via The Independent

Minister explains cause of blindness among cows in Isingiro

Thousands of smallholder farmers in Uganda have forcefully lost their land in exchange for carbon offset projects.

THE NEW EU DIRECTIVE ON DUE DILIGENCE – A RELEVANT STEP TOWARDS ENDING CORPORATE IMPUNITY?