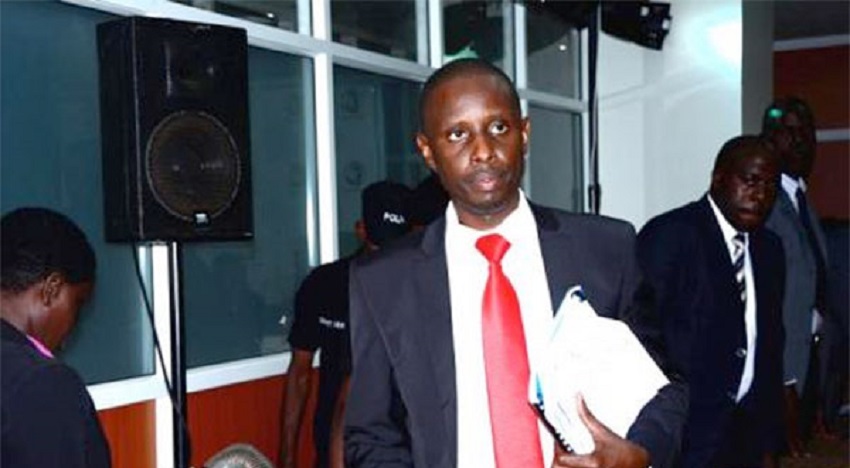 Magumba is one of the people who filed new compensation claims for a rock on land they sold to government in 2014 to allow the construction of the 183 megawatts project at Nakatooke, Kayunga district.

According to information before the Justice Catherine Bamugemereire led commission, Magumba bought the 14 acres of land for which he was compensated by government while serving as a town clerk for Kayunga town council.

He was compensated with Shs 200 million in 2014 for his land that he had earlier bought between 2010 and 2011 at Shs 51 million. Despite being compensated, Mugumba complained to the then ministry of Energy permanent secretary Kabagambe Kaliisa in a letter dated July 2, 2014 seeking compensation for a rock on his land.

But according to Magumba, Kaliisa never responded to any of his letters prompting a joint letter dated July 30, 2014 letter by his lawyers in which they demanded the government chief valuer to carry out revaluation of the rock on Mugumba and former Ntenjeru South MP Tom Musisi Kazibwe’s land with a view of compensating them.

In an August 5, 2014 valuation report, signed by a senior valuation officer in the Lands ministry John Moses Magala and addressed to Kaliisa, Shs 44 billion compensation was recommend for Mugumba and another Shs 88 billion to Kazibwe.

With Magumba’s lawyers copied in the report, it has since informed the civil suit against government demanding a compensation totalling Shs 132 billion.

The commission’s deputy lead counsel John Bosco Suuza questioned the speed at which the revaluation was done by Magala and also noted that the report has since been disowned by the chief government valuer Gilbert Keremundo who accused Magala of doing things without his knowledge.

It’s this questionable report and others including the inflation of land compensation value for Kampala-Entebbe Express way to a tune of Shs 3 billion that led to Magala’s suspension in 2016.

Magumba denied knowledge of Magala’s dealings saying that all he was seeking is fairness and compensation for his rock since the contractor, China International Water and Electric Corporation was using materials from the rock to construct the dam yet government allegedly gave the contractor money to buy materials.

But if they are lying to you here and somehow the contractor is taking free money, it would be unfair to me as a Ugandan first of all as a private person for the loss I would have incurred. Then two, as a Ugandan because I would be part of the Ugandans who will be paying this loan,” Magumba submitted.

Suuza told Magumba that government had signed an engineering procurement contract (EPC) with the contract meaning that the contractor was given the site and everything within the project site. But Magumba said that he was not aware of this arrangement from the start since his numerous letters to the ministry of Energy were never responded to.

Justice Bamugemereire accused Magumba of conflict of interest saying that he bought land as a public servant with prior knowledge of a project and compensation process.

She further put it to Magumba that her commission had information that he had tried to use underhand methods by contacting former Energy ministry permanent secretary Kabagambe and government valuer Magala to get compensation from government.

The judge alleged that after failing to get the Shs 44 billion compensation claim, Magumba decided to sue government. With Magumba categorically denying the allegations, Bamugemereire handed him over to the CID officers attached to the commission to record further statements on the matter.

“Then you’re an incorrigible liar. You’re the kind of person who uses offices even Mr Kabagambe Kaliisa came here and said he declined your request. And you have personal issues with Kaliisa and you said you will tussle it out in court….you tried other means of getting this money and when those means failed you decided that you will go to court,” Bamugemereire said.

“You need to start thinking whether you want to be a public servant or a speculative businessman because you cannot use your public office to try and extort from government and at the same time pretend that you’re a loyal servant of the people of Uganda. Do you realise that you’re seriously conflicted? Many public servants sitting in that chair don’t want to talk about conflict of interest but it exists in our laws. It is an offence and both the Leadership Act and the Anti-Corruption Act.” she added.

Commissioner Fred Ruhindi also noted that the issue of conflict of interest was at play in Magumba’s case describing it as a tragedy for a town clerk to file a civil suit against the same government he serves.