Gov’t to distribute seeds to 300,000 households in Acholi 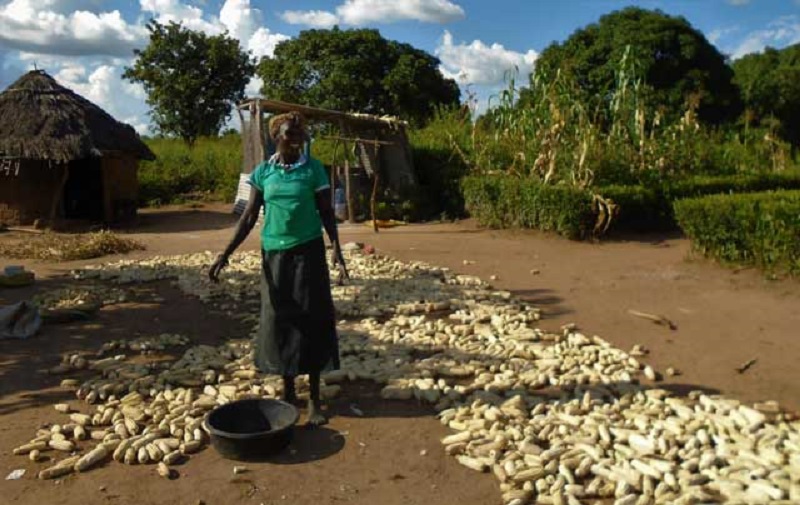 Kitgum, Uganda |    The government through Operation Wealth Creation and National Agricultural Advisory Services is to start distribution of emergency seed support to more than 3,000 households in the eight districts of Acholi.

This is part of t5he countrywide support Government has planned to cater for 30 percent of households who are engaged in farming with funds earmarked to mitigate the effect of COVID-19 on agriculture. The distribution will be undertaken by Operation Wealth Creation- OWC and the  National Agricultural Advisory Service- NAADS.

Lt Col Benson Bokello Odur, the Operation Wealth Creation Coordinator for Kitgum District, says that they have embarked on registering farmers to benefit from the support.

He notes that the district COVID-19 task force headed by the Resident District commissioner will to take a lead in supervising the registration of beneficiaries to eliminate bias.

Several farmers in the district started ploughing their gardens and consequently planting crops such as cereals and legumes by mid-march till date as the region continues to receive above-normal rainfall this first farming season.

Some of the farmers however raised scepticism whether the government supplies will still be timely.

Richard Otema, a farmer in Opete village in Lukwor Parish, Labongo Amida Sub-county notes that most gardens in the district are currently ready or some farmers have planted on it already and wondered if the seeds will serve its purposes.

“If you move around, we farmers have opened up our gardens already, some have even planted already but we are being told seeds will be coming, will they be time and help us during this period,”? He asked.

But Lt Col Odur says they are in the process of speeding up registration to ensure that those still preparing their land receive supplies of the seeds in time within the planting season.

“We are expecting that by next week or the coming week, the seeds will have arrived, but we are trying on the ground to ensure that the beneficiaries are registered fast because this helps the government to contract suppliers knowing the exact numbers of farmers,” He says.

According to the breakdown on the emergency seed supply, each household representing six people in the districts of Omoro, Gulu, Kitgum, Amuru, Pader, Agago and Lamwo will get one acre of each crop type.

Agriculture remains one of the core sector of the country’s economy employing about 60 percent of the population.