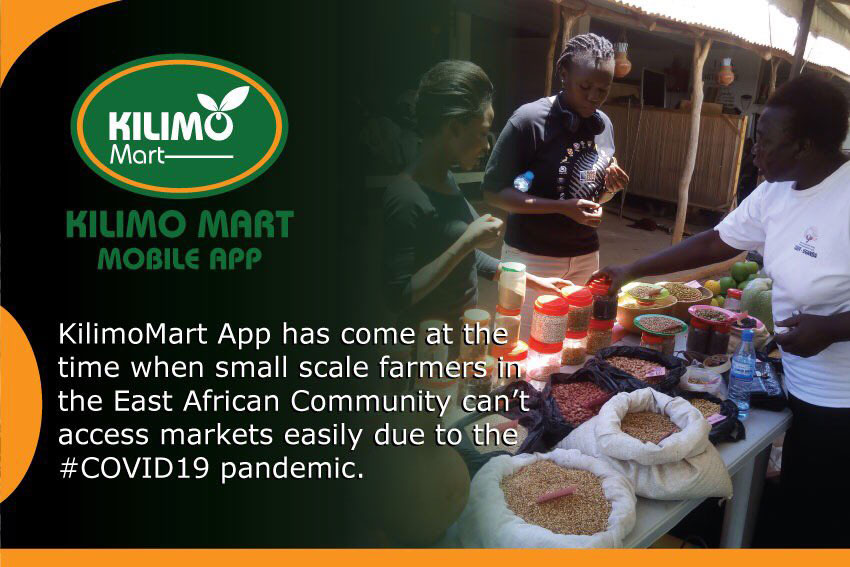 In order to widen their market bases and also ease selling of their products especially in such a time of Covid-19, small scale farmers’ organisations from Uganda and Kenya have formed an online Agricultural marketing platform dubbed Kilimo Mart application.

Since the movement of people is prohibited in both countries yet trade and farming have to continue, the app is to support farmers from both countries in accessing information related to agricultural produces on demand in the two countries.

Currently, farmers from the two countries have been using Whats-App groups and Facebook groups but there has not been any special platform for them yet they needed it especially in such a time where online business is the way to go.

While speaking during the app launch on Thursday, the chairperson of the Agriculture, Natural resources and Tourism Committee in the East African Legislative Assembly Mathias Kasamba welcomed the new innovation by the farmers and said it  is a big milestone towards the development of the agriculture as a sector in the entire region.

“The East African Community offers bigger market to the agricultural produces from the member states but the majority of the farmers have not exploited the opportunities due to the lack of information related to the availability of the markets from for their produce, this has exposed many farmers to be cheated by the middlemen but with this online platform will solve such challenges,” said Kasamba.

He added that the integration of Information and Communication Technologies (ICT) in the agriculture sector by the East African member states plays a big role since it can attract special interest groups such as the youth to participate in the Agricultural sector because most of them are more knowledgeable with the ICT skills.

“The Kilimo Mart platform will offer market links for organic products between small scale farmers and consumers. It’s also one way of empowering small-scale farmers in Kenya and Uganda (and the EAC region) to explore and utilise the current agriculture trade prospects in the region. On the App farmers will access information like market information, farming practices and techniques, weather information, laws and policies including East African Community (EAC) updates,” she said.

However, the chairperson of Kenya small scale farmer Alphayo Kuruna expressed his dissatisfaction on how both governments of the East African Member states are paying less attention to small scale farmers yet their contributions to their economies is exceptional.

“Smallholder farmers are the majority contributors of labour in the Agricultural sector however on many occasions they have not been effectively supported especially when it comes to access to Regional, the International market’s this has kept them into poverty,” he said.

Hakim Baliraine the ESAFF Uganda chairperson also backed his colleague from Kenya and added that African member states should develop policies that can support the smallholder farmers in the region to compete with their counterparts in other regions of the World.