LivelihoodFour rich men want to own 31,000 acres of land, displacing over 20,000 families in Mubende district 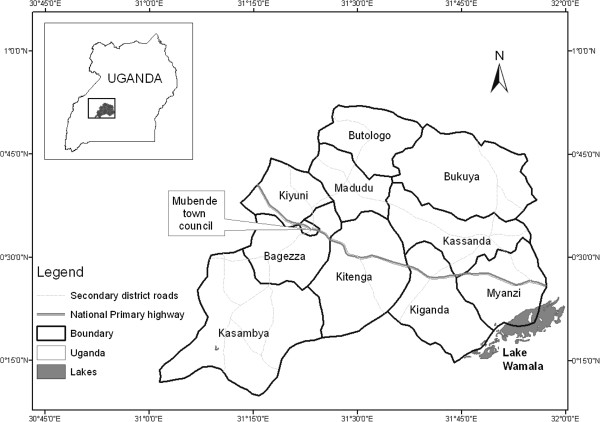 Is it an epicenter of land grabbing in Uganda? In the near future, rural poor communities will find it hard to live in Mubende district as rich men and companies are claiming and involved in massive land evictions with impunity. Mubende, one of the oldest districts established in 1905 is known for its different types of minerals including gold.

Currently four rich men are helplessly evicting communities in three different sub counties in Mubende district. Although the location of the land and the people grabbing the land are different, the displacement methodology being applied is one and the same; first, these land grabbers have full protection from the office of the Resident District Commissioner (RDC), district land board and police all at the center of causing mayhem to indigenous communities to vacate land in order to pave way for whatever development is being planned. The Resident District Commissioner is a representative of the president in a district and appointed and answerable to president.

A massively poor, rights unaware and voiceless population have become as easy target for all sorts of violations including torture, intimidation, unlawful arrests and detention, destruction of homes, crops, animals, dwellings and schools among others. Apart from communities losing livelihoods, some families have lost their lives in the course of eviction or have been rendered disabled due to severe torture that they are subjected to in the process of eviction.

Courts in Mubende district have not been spared either as they have been used by economically powerful land grabbers to prefer trumped up charges against community leaders who oppose illegal land evictions. None of the four land cases mentioned, which does not have victims languishing in prison as a result of opposing land eviction. Charges range from aggravated robbery, criminal trespass, threatening violence to inciting violence among others.

The 20,000 families being evicted have lived on the land in question either since their births or their parents or grandparents were born, lived on and were buried there before anybody else allegedly got registered on such lands.