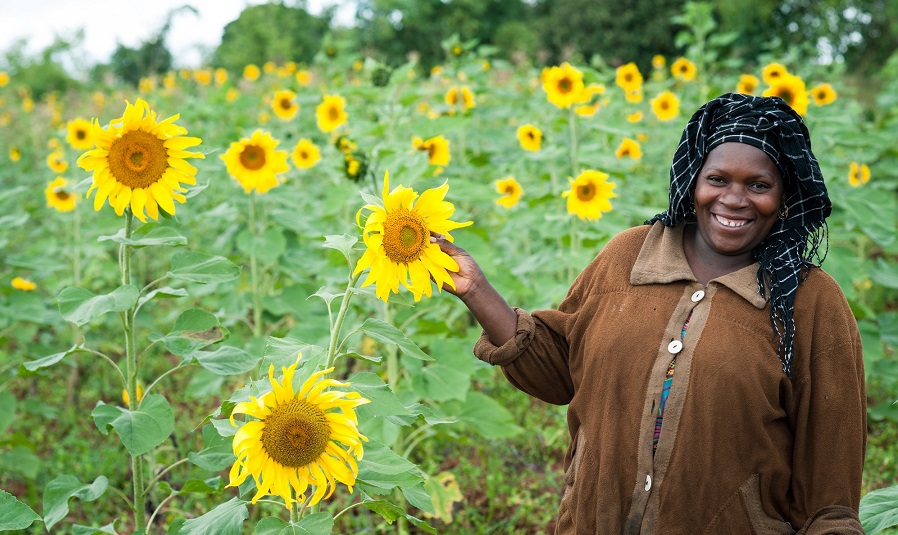 After harvest, the farmers in their group sell their produce between sh1,200 and sh1,500 per kilogramme, to Mukwano Group.

Although the general perception about northern Uganda after a 20-year-old Lord’s Resistance Army insurgence is that it is a helpless population, the reality is different.

Many took up commercial agriculture, which is changing their fortunes.

“We cannot leave our people to depend on handouts from charity organisations,” Martin Ameu, a country representative from the Food and Agriculture Organisation (FAO) in Uganda, says.

Agriculture being the mainstay of Uganda’s economy was the easiest way to help the region recover economically.

One association taking the lead in the region’s transformation is Mitip Farmers’ Group.

Christine Akello, one of the leaders of the groups, says after the insurgence, many of the people in Lira, Apac, Kwania and neighbouring districts, depended on handouts.

Her group took a lead to stamp out the dependence on handouts.

In 2015, Mitip group, in partnership with FAO, trained over 500 farmers in villages of Agweng, Ogur, Agur and Aromo in Lira district and Ongoceng and Aduku in Kwania district, on how to grow maize and sunflower profitably.

Ketty Okello Otim, 67, one of the first beneficiaries of the training, cultivated sunflower on four acres and harvested 5,500kg in 2016.

“I got my first seedlings from Lira district and it is called Agsun-8251 sunflower because they got bigger heads and produce more seeds than other varieties,” Okello says.

Last year, Okello harvested 6,000kg of sunflower with every acre taking about 20kg of seed.

Over the years, through research, workshops and lessons from established sunflower farmers in the region and experts from FAO, Okello has learnt about the best varieties and practices, hence improving her returns.

She stores her harvest in silos that were donated to her by FAO.

Okello says her sunflower seed does not deteriorate while in storage, thus fetching a good price.

Previously, Okello used to cultivate groundnuts, but got low yields and low returns from the crop.

“I used to grow simsim and groundnuts, but they were affected by the weather, unlike sunflower,” Okello recounts.

“I always want to get better yields than the men, to prove that women are also capable,” she says.

Using proceeds from sunflower, she has bought two cows, goats and ably caters for her children in school, following her husband’s death.

After harvest, the farmers in their group sell their produce between sh1,200 and sh1,500 per kilogramme, to Mukwano Group.

This means that from the 5,000kg that Okello produces per season, she earns about sh11m.

“Compared to other crops, such as maize, this was a good harvest from just four acres,” she says.

In the same area, the average financial returns from an acre of maize is sh600,000.

Okello and other sunflower farmers bulk their produce to Mukwano Group.

The price on the open market sometimes depends on the location. Alfred Odur, who deals in sunflower business, says it is between sh3,000 and sh3,500.

Okello and other farmers grow the crop twice a year hence earning more compared to other crops.

According to Atim, there are fewer sunflower farmers in the region than are needed to meet the demand from oil companies.

Ameu said FAO had brought together farmers by forming groups from village level to the regional and that this has given them a common market and bargaining power.

Obura said farmers in the regional level sell their grains to South Sudan beside domestic market.

How farmers are benefiting

A total of 1,600 farmers belonging to 80 groups (each composed of at least 50% women members) have been trained on the use of improved post-harvest handling technologies for sunflower and maize.

Ameu said FAO aided over 30 silos each, estimated between sh500,000 and sh1m in the districts of Lira and Kwania, to help farmers access clean and quality seeds.

Ameu says trained farmers have not only learnt to produce clean and quality seeds, but also good practices of silos use marketing, environmental management and conservation, rain harvesting and farming, in a sustainable manner.

One of the basic technologies is the use of silos for seed multiplication.

How COVID-19 has affected the sunflower business

Okello said COVID-19 is affecting their market; that farmers are not as active as they were before the pandemic.

“COVID-19 is continuing to affect us. Some of our members are not contributing as they were doing before because they thought the produce would not be on demand.

“The pandemic was a wake-up call for the need to transform our food systems to make them more efficient and sustainable.

According to FAO analysts, the COVID-19 pandemic has caused consumers in many low-income countries to purchase only staple carbohydrates and nonperishables, resulting in perishable food often being wasted in markets.

Studies commissioned by FAO before the pandemic estimate that on-farm losses in the sub-Saharan Africa for fruits and vegetables are up to 50%, the highest in the world.

For cereals and pulses, the on-farm losses are up to 18%, equal highest in the world with parts of Asia.

Reducing food losses on farms and at harvest time, particularly in countries with high levels of food insecurity, can make great inroads towards food security and improved nutrition.

Such changes are a responsibility shared by governments, the private sector, civil society, development agencies, research and academic institutions and consumers.

How to grow sunflower

Isa Odongo, a farmer, explains that one should start with ploughing the shamba, until the soils are fine. A farmer then applies manure, especially chicken droppings or cow dung.

According to Odongo, he puts manure before planting and, after three weeks, she plants. The seeds are planted at a spacing of half a metre and in a straight line, to make weeding easy.

Sunflowers grow best on well-drained, high water-holding capacity soils with a nearly neutral pH of 6.5-7.5. A farmer can get their soil samples tested to establish the pH.

Fertiliser applications should be made based on a soil test to determine what quantities of nitrate-nitrogen and sulphate-sulphur, as well as phosphorus and potassium a farmer needs to apply.

Fertilisers should be placed beside and below the seed during planting.

Odongo also says sunflowers need to be placed in moisture, but not deeper than three inches, about 7.6 cm.

Simon Obura, an agricultural officer, said they teach the farmers to prevent diseases that are likely to attack their crops by using organic methods.

Organic farming is emphasised, which is cost-effective since it does not require one to apply herbicides and pesticides.

Farmers can also easily adapt organic farming because it is similar to traditional methods that involve bush furrowing and burning.

Sunflowers grow best Fertiliser applications should be made based on a soil test to determine what quantities of nitrate-nitrogen and sulphate-sulphur, as well as diseases that are likely to attack their crops by using organic methods.

Organic farming is emphasised, which is cost-effective since it does not require one to apply herbicides and pesticides.

Farmers can also easily adapt organic farming because it is similar to traditional methods that involve bush furrowing and burning.