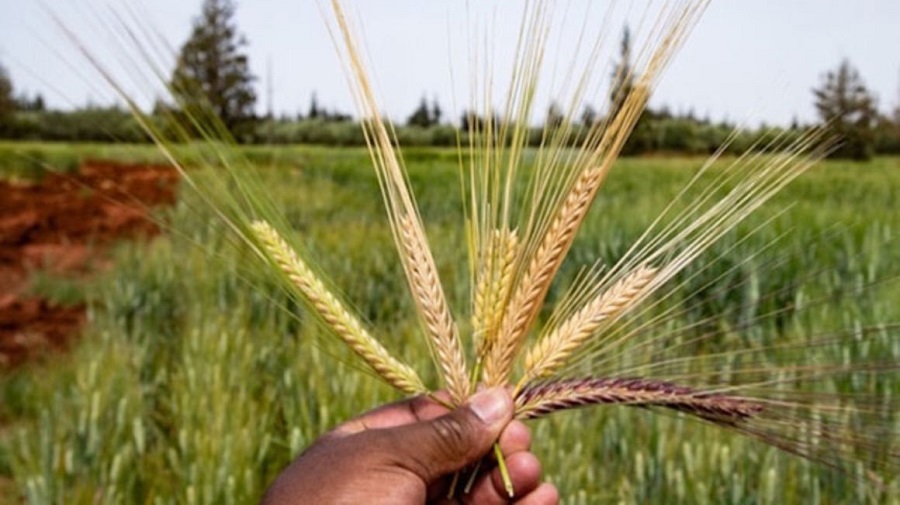 A garden of barley. About 26 farmers from the districts of Kapchorwa and Kween have received compensation worth Shs13m because their crops were destroyed by rainfall. Photo | Net

Barley farmers in Sebei Sub-region, whose crops were damaged by  rainfall in the second season, have been compensated.

The first batch of farmers, about 26 from the districts of Kapchorwa and Kween received their compensation worth Shs13 million from OKO Insurance Company through the Nile Breweries Ltd crop insurance scheme at the weekend.

Currently, there are more than 13,000 farmers of Barley in the district of Kween, Bukwo and Kapchorwa, which comprises the Sub-region.

Mr Stephen Chepkwurui, a resident of Mutyorub Village in Kapchorwa District and a farmer, who lost four acres of barley, said he was happy he had been compensated.
“The first stage of germination was well but when it came to the second stage, the barely started becoming yellowish. I tried to apply chemical and fertilizers but nothing changed,” he said.

Mr Stephen Kipsany, a farmer from Kapchorwa, said growing barley is easy and takes a very short time to harvest but the heavy rains tend to affect the crops in the second season.

Ms Jackylin Cheptengan, a farmer and resident of Potti Village in Kapchorwa, said she lost one acre of barley after the entire plantation was swept off by running water. “My barley had reached a growing stage but due to rainfall, the whole plantation was destroyed,” she said.

Mr Nelson Chebet, the chairperson of barley farmers in Kween District, advised farmers to practice crop rotation as one of the methods of improving barley productivity.
“I have been a barley farmer for years now but I haven’t registered any loss just because I do crop rotation. This gives soil a chance to get used to different crops rather than one crop,” he said.

Barley has two seasons, the first one starts from March to May and second, from August to October.
Each bag can fetch more Shs152,000. Each kilogramme of barley goes for about Shs1500. Mr Ivan Kategaya, the project manager of OKO Company, appealed to the farmers to insure their crops to avoid incurring avoidable losses.
The objective of the scheme is aimed at ensuring agricultural sustainability.

“Given our long standing commitment to farmers, we sought out a way to solve this dilemma as most farmers around the world lack the financial boost to sustain bad seasons,” Mr Thieunis Coetzee, the company’s agro manager for business unit, East Africa Uganda, said.

Do not plant yet, farmers warned