IN August 4, 2020 BY witnessradio.org 130 views Leave a comment
land, livelihood and investment Livelihood 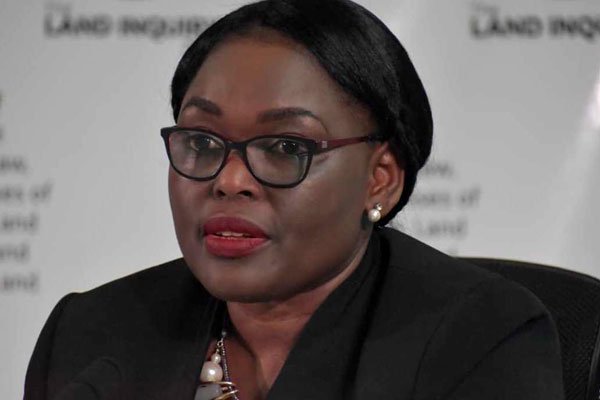 The Commission of Inquiry into Land Matters has proposed the formation of a land ombudsman as a forum of first instance for addressing eviction complaints.

Chaired by Court of Appeal Judge Catherine Bamugemereire, the land probe team has in its final report to President Museveni proposed that the land ombudsman shall mirror the Inspectorate of Government as a civil and criminal investigative, prosecutorial, injunctive institution addressing land matters and land disputes.

In the brief presented to President Museveni while handing over the land probe report last week, Justice Bamugemereire said the land ombudsman shall be able to issue quasi-judicial relief for eviction until investigations are concluded.

“The Commission recommends the introduction of separate evictions hearings to holistically and fairly evaluate matters related thereto, especially in so far as they affect the losing parties. This should be done within a framework, which extends dignity and respect to persons who, by way off rulings of court, lose their places of abode and means of livelihood on land,” reads the brief.

It adds: “The lands ombudsman shall introduce a rights-based approach to evictions procedure, give evictions a human face.”
The commission said the body would investigate or cause investigation, prosecute or cause prosecution, or make administrative directives in respect to public officials and public bodies dealing with land disputes.

The land probe described the land dispute situation in the country as a pandemic in which the well-to-do persons obtained titles to land through irregular means, bribing their way through all systems of land administration and registration, falsifying documents, engaging in misrepresentation and threats.

However, landlords and lawyers have described the recommendations as a move to serve political interests rather than the legal interests of the public on land.

Mr Peter Mulira, a senior lawyer on land matters, described the land probe as ‘a disappointment’ because you make recommendations based on evidence.

“Throughout the hearings, their procedure was like a court of law trying to resolve problems between two people. Most of the recommendations are already in the National Policy of 2016,” Mr Mulira said.
Lawyer Robert Friday Kagoro described the land probe recommendations as “illegal” reasoning that the Constitution allows people to own property. “After acquiring money, there is no bar against anyone to own whatever magnitude of land,” he said.

Mr Kagoro said the land ombudsman will not have power because the court order remains and becomes executable as long as it is appealed or stayed.