NGO workCIVIC Space Onslaught: Have Ugandan NGOs grown to be feared and discriminated by a 31 year old regime in power? 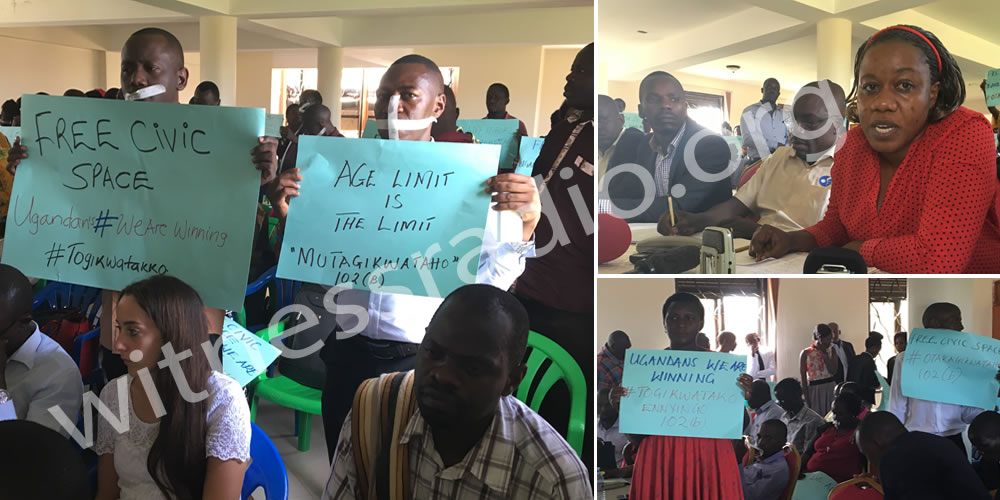 Ugandan NGOs are struggling to convince government that they are not opponents but rather partners who exist to bridge political, social and economic gaps in the country. Apparently, 25 NGOs have been listed and experienced direct threats from government ordering them to disclose their source of funding among other things. https://witnessradio.org/push-back-time-ngos-in-uganda-to-tackle-governments-direct-attack-on-their-work/

Following several successful campaigns including Blank Monday http://www.actionaid.org/uganda/black-monday-newsletters that exposed corruption in government agencies and ministries, the government is on tenterhooks since the controversial age limit constitutional amendment took off. Article 102 (b)1995 Constitution of the Republic of Uganda sets 75 years age limit for any president, which makes the current president Museveni who has been in power for the last 31 years a victim.

Three NGOs namely;  http://www.actionaid.org/uganda,  http://gliss.org/ and http://1.uhuruinstitute.org/ have been raided by police and security agencies,  equipment and documents confiscated, staff interrogated and frozen accounts among others on grounds that these NGOs and others are financing opposition political activities and are engaged in money laundering.

In a joint statement issued on 24th/10/2017, NGOs are demanding that government stop forthwith its current intimidation and attack on civic organizations. “We call out the responsible institutions of the state which have participated and continue to participate in the constriction of civic and political space…we shall seek to hold them accountable for their actions” The statement reads in part.

The organizations also appealed to Ugandans to reclaim, defend, expand and create civic and political space through multiple avenues available.

In an exclusive interview with witnessradio.org, the executive director Action Aid Uganda Arthur Larok said that The narrowing of the civic space has been an incremental process that featured among others the enactment of repressive laws like the public order management Act, Anti pornography Act, Computer misuse Act, Anti money laundering Act, Anti homosexuality Act, NGO Act and the Anti sectarian law. He says such laws effectively criminalize dissent, rollback the constitutionally protected freedoms of assembly, association, expression, peaceful protest and establish a police state.

The organizations also underscored the fact that as citizen actors they make enormous contribution towards economic progress and social development as well as awaken citizen agency and consciousness.

Speaking during a joint press conference, the organizations appealed to the donor community and development partners to respect the legitimate initiatives that citizens have come up with and steer clear of stifling them merely because of the funding and support they extend to them.

The organizations also distanced themselves from allegations of illicit financial transactions including money laundering, subversion and terrorism financing. They challenged the line ministries, of finance, internal affairs, justice and constitutional affairs and other subordinate institutions like police to publish the findings from their investigations into the said activities.
The joint statement has been confirmed with over 100 signatures from different activists across the country.