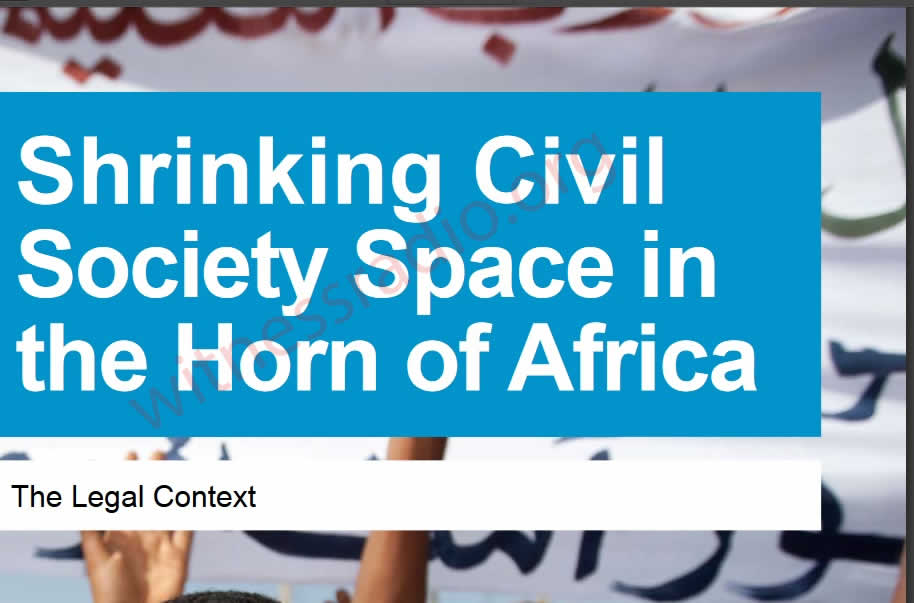 Shortly after the conclusion of the controversial February 18th 2016 elections, president Museveni quietly signed into law the new Non-Governmental Organisations Act, 2016. But the act, has been declared an abuse of the international standards according to a new report by the Horn of Africa Civil Society Forum.

On concluding its study into the Uganda’s Non-Governmental Organizations Act, 2016, the regulatory framework for CSOs, the forum established that the act was burdensome because it makes it mandatory for any CSO to register with the NGO Board which is under direct control of the government, thus rendering the process semi-standard.

“As elsewhere in the region, registration under the 2016 NGO Act is mandatory, in violation of international standards,” the report said, “Organizations cannot operate in Uganda unless they have been duly registered with the National Bureau for Non-Governmental Organisations and have been issued a valid permit.”

In so, doing, the report noted that the process may be “used to grant discretionary power to the executive branch in terms of altering or tightening the requirements for registration.”

In an eventuality that one is carrying out activities through unregistered organizations, there are penalties set out in the act in form of both fines and a 3 year imprisonment term.

In the case of a foreign organization, a recommendation is required from the diplomatic mission in Uganda of the country from which the organization originates. In addition, any foreign staff recruited to work in Uganda must submit their credentials and a certificate of good conduct to the Ugandan diplomatic in their home country before they assume their respective responsibilities and duties.

So in sum, the study observed that “these restrictions and requirements imposed by the Ugandan government significantly limit the ability of groups to register as NGOs, especially if they are small organizations and lack resources and personnel.”

Additionally, “the NGO Bureau does not have any time limit within which they must review an application, meaning that the process can be delayed indefinitely at its discretion.”

In essence, the power to close down organizations will be entirely at the discretion of the NGO Bureau.

The vague nature of the language above, like that in other laws in the region, could be abused to target NGOs who are critical of the government, according to the report.

In Uganda, an organization’s certificate can be revoked by the Bureau if:

• The organization does not operate in accordance with its constitution;

In addition, the regulations provide that an organization may also be dissolved by order of the

High Court if it is:

• Grossly violating the laws of Uganda

Like Uganda, all countries covered by this study, ratified the African Charter on Human and Peoples’ Rights (ACHPR) and the International Covenant on Civil and Political Rights (ICCPR).

All their national constitutions provide that these protections can be restricted in narrow circumstances, including protecting the freedom of others, public security, public order, public safety, and public health. These provisions at the constitutional level are generally compliant with international standards. It is generally agreed internationally that these restrictions may apply to restricting CSOs from partisan political campaigning, fundraising and support of political parties, and these are in fact prohibited in most national laws in the region.

However, these narrow exceptions can be referred to in inappropriate circumstances. In general terms, national interest and the protection of public values are among the most likely excuses employed by the executive body in order to curtail basic human freedoms.