IN August 5, 2019 BY witnessradio.org 290 views Leave a comment
land, livelihood and investment Livelihood 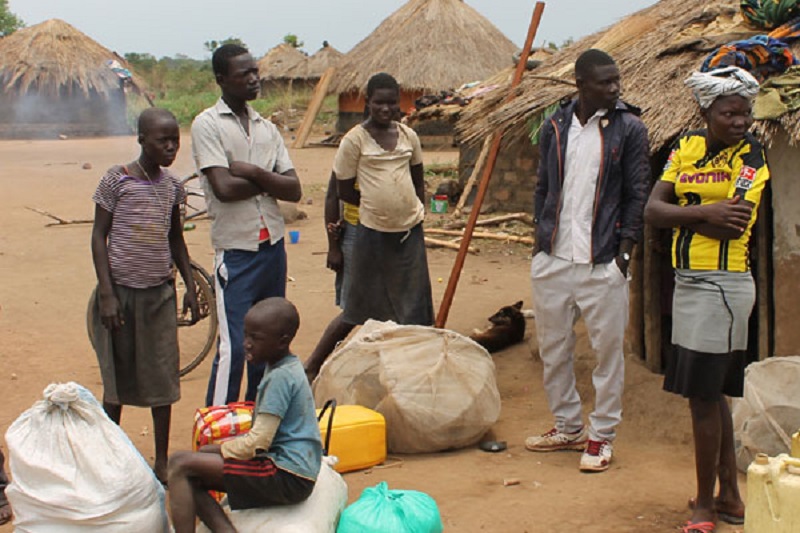 At least 2,100 people, who were forced to leave their villages and camped at Juka Trading Centre in Apaa Parish following clashes between the Madi and the Acholi, have urged government to allow them go back to their homes.

A total of 26,000 people were settled on the disputed Apaa land that measures 89 Sq kilometres, which is claimed by both Amuru and Adjumani districts.

In June 2017, 10 people died and more than 20 were injured after a tribal clash broke out among the Acholi and Madi communities with the Acholi suffering the largest numbers of causalities.
When Daily Monitor revisited the camp, the affected persons said they are missing out on farming yet it is the only source of livelihood.

Ms Jaska Angee, a victim, said the foodstuffs she fled with are finished and yet she has no other source of income to sustain her family.
“I am here stranded and yet I have land to till back home but I fear to be attacked if I dare to go back,’’ she said.

The displacement followed attacks on residents of Goro B and Juka villages in Apaa by men armed with spears, arrows, bows, knives and axes in January.
Mr Alex Okwonga, another displaced resident, said: “I am stuck with four children. My wife has been eloping with another man who can provide since I am idle here,’’ he said.

Mr Denis Komakech, an activist for the Apaa land clashes, told Daily Monitor that some affected persons sneak back to their farms.
“The men especially, they sneak back and do small farming in the farmlands so that they can make ends meet for their children whose health is deteriorating due to lack of food,” he said.

Mr Komakech said government should make a decision to make both Acholi in Amuru and Madi in Adjumani co-exist since the two tribes have stayed together for long.
The Amuru District chairperson, Mr Michael Lakony, decried the plight of his people and urged government to allow them return.
According to the set guidelines, all the displaced should remain where they have camped until the committee comes up with a lasting solution.

“It’s through farming that the affected people can have a life but one wonders why they have been kept in the displaced area for all this long,’’ he said.
The Adjumani Resident District Commissioner, Mr Peter Taban Data, clarified that the areas where people are not allowed to dig are those with conflicts.

“In areas where the locals are not conflicting among themselves, people are carrying out cultivation without and hindrance. No one has stopped people from accessing land for cultivation,” he clarified.

In May this year, President Museveni appointed Deputy Speaker of Parliament Jacob Oulanyah, to chair a new committee that was mandated to find a lasting solution to the Apaa land wrangles in Amuru and Adjumani districts.

Mr Oulanyah, who is also the Omoro County MP, replaced Prime Minister, Dr Ruhakana Rugunda, whom President Museveni had appointed in August last year to head an eight-member committee from both Adjumani and Amuru to discuss his recommendations on ending the land impasse but the its didn’t yield fruits.

Efforts to get a comment from Mr Oulanyah on how far his committee has gone on with the interventions, were futile as he did not pick our repeated phone calls to him and neither did he return them by press time yesterday.

According to the set guidelines, all the displaced person should remain where they have camped, not supposed to return, no more eviction in the contested land until the set committees come up with a lasting solution.