IN July 30, 2019 BY witnessradio.org 290 views Leave a comment
land, livelihood and investment Livelihood 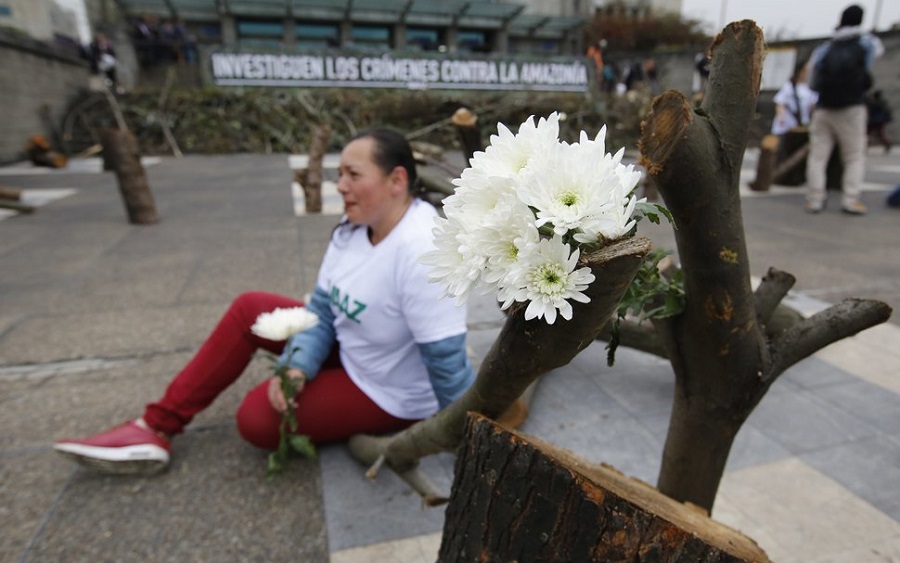 IMA, PERU — MORE THAN three environmental activists were murdered around the world each week last year, according to a new human rights report.

Most of them were indigenous or rural campaigners trying to protect their communities’ land from mining, hydrocarbon development, damming and agribusiness in the developing world, according to the report by British nonprofit Global Witness.

In total, 164 homicides were recorded, of which more than half took place in Latin America. Nevertheless, the group warned that the true figure was likely “much higher, because cases are often not documented and rarely investigated. Reliable evidence is hard to find or verify.”

The highest number of deaths was in the Philippines, with 30 victims, followed by Colombiawith 24, India with 23 and Brazil with 20.

Guatemala recorded the sharpest rise, with its 16 deaths in 2018, roughly five times more than in the previous year. The group attributed that to a boom in investment in the Central American country in agricultural plantations, mining and energy projects.

Globally, the deadliest sector was mining, accounting for 43 fatalities. Meanwhile, there was a dramatic escalation in the number of deaths related to water resources, which rose from four in 2017 to 17 last year — possibly a reflection of the impact of climate change.

Global Witness linked 40 of the killings to state security forces. A similar number was directly attributed to private actors including, hit men, criminal gangs and landowners.

In addition to killings, violent attacks and death threats, the group also warned of the growing trend toward criminalizing peaceful protesters seeking to defend community lands and wildernesses from industrial exploitation.

Global Witness said governments and deep-pocketed companies are misusing laws, including anti-terrorism laws, as “instruments of oppression against those who threaten their power and interests.” In a statement, the group noted: “This makes [violent] attacks on [environmental] defenders seem legitimate, increasing the likelihood.”

The statistics from 2018 were actually an improvement on the 2017 number, the organization said, when the death toll hit 201.

Nevertheless, Global Witness predicts that the number will spike again. One of the reasons, the group said, is due to the policies of Brazil President Jair Bolsonaro. The country’s new far-right leader is determined to open up more of the Amazon, including indigenous reserves, to cattle ranching, agriculture, mining and hydroelectric dams, potentially sparking a wave of new conflicts in the world’s largest tropical rainforest.

The group also predicted more strife in the United States thanks to President Donald Trump’s policy of “energy dominance,” which could also see native lands opened up to drilling for oil and gas even as some U.S. states are introducing new laws to crack down on protests.

“As we hurtle towards climate breakdown, it has never been more important to stand with those who are trying to defend their land and our planet against the reckless destruction being meted out by the rich and powerful.”