Ankole cattle may vanish in 30 years 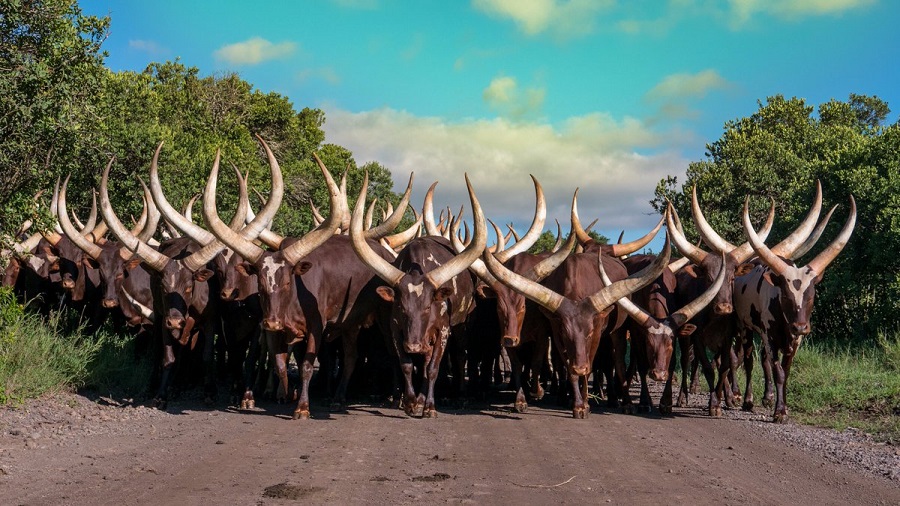 Over 60 per cent of the 13 million head of local breed cattle in the country could be extinct by the year 2050, Joy Kabatsi, the minister of state for Agriculture has said.

The most at-risk breed is the Ankole long-horned cattle known for their resistance to disease and drought. The other breeds at risk are the Zebu cattle from Northern and Eastern Uganda, the Nganda from Central region as well as Mubende, Kigezi and West Nile goats.

“Because of their genetic uniformity, huge numbers of animals especially the local breeds could be wiped out by new diseases,” Kabatsi said.

According to a report released recently by the Food and Agriculture Organisation, FAO, titled; ‘The Future of Livestock in Uganda: Opportunities and challenges in the Face of Uncertainty, the threat to the existence of local cattle is tied to an increase in demand for meat brought on by rising population numbers.

It further cites competition between humans and livestock for resources such as land and air and water pollution as well as ineffective antibiotics.

“To resolve this challenge, stakeholders including government should implement strong policies that can effectively deal with emerging infectious diseases and proper natural resources utilisation that is essential to a sustainable livestock future,” the report suggests.

Speaking to journalists at the Uganda Media Centre recently, Dr Charles Lagu, the executive director of the National Animal Genetic Resource Centre and Data Bank, said the government has established a gene bank to help recreate breeds that may go extinct.

He described gene banking as a type of preservation that allows indefinite storage of genetic materials without deterioration for thousands of years.

“The preserved material can be used for recreating breed lines in case they are lost due to calamity, development of new breeds and for research,” Lagu added.

He said the government is investing in the gene bank at the ministry to preserve genetic resources for 12 countries; Uganda, Kenya, Tanzania, Ethiopia, Rwanda, Burundi, Eritrea, Djoubti, Somalia, Comoros, Sudan and South Sudan.

However, the FAO report also claims that at least 20 per cent of the estimated 7,600 livestock breeds are in danger of extinction.

In response, FAO has introduced resilient cattle breeds in Karamoja to improve livestock production and productivity. This has been done under the project “Strengthening the adaptive capacity of agro-pastoral communities and local governments to reduce impacts of climate risks on livelihood in Karamoja.”

FAO has introduced artificial insemination technology and the dual-purpose Sahiwal breed in Karamoja. The Sahiwal breed thrives well in arid and semi-arid areas such as Karamoja.