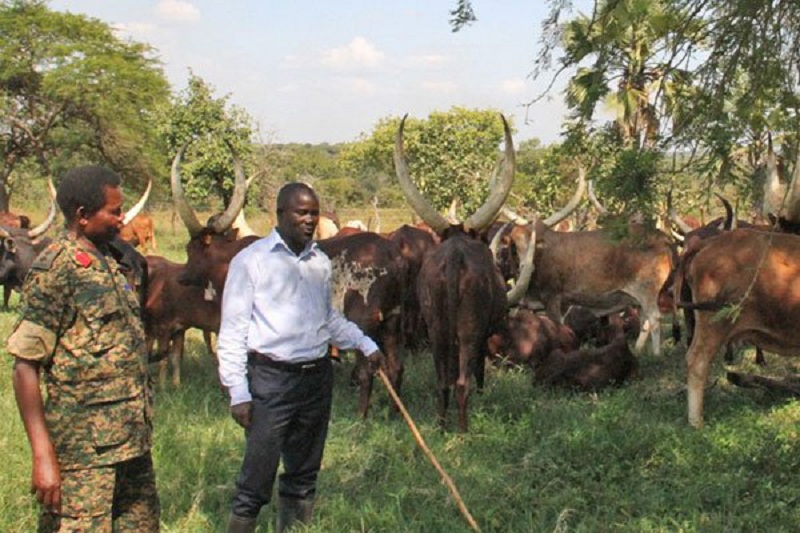 Government has imported semen from improved exotic animals from Germany and Italy in a bid to revamp animal breeding at Aswa Ranch, Angagura Sub-county in Pader District.

Aswa Ranch is among the five state-owned ranches in the country.

Dr Charles Lagu, the Executive director for National Animal Genetic Resource Centre and Data Bank (NAGRC&DB), while on a monitoring visit at Aswa Ranch at the weekend, said the move is to improve animal breeds that will be given out to locals at household level.

Among the breeds to be imported are Brahaman, Simento, Jersey, Ashire and Guernsey to increase milk and beef production.
In an interview with Daily Monitor, Dr Lagu said government had a lot of interest in restocking the ranch that was destroyed during the two decades insurgency between UPDF and Lord’s Resistance Army.
“Having improved breeds is key to raising good beef and dairy animals will help the people in the region to improve their livelihoods and compete with other regions in livestock production, that is why we are specifically importing semen now,’’ Dr Lagu said.

Since the region attained stability a decade ago, it was until October last year that Ministry of Agriculture through NAGRC&DB availed 1,300 animals (Ankole breeds) to Aswa Ranch.

According to him, the combination of the local and exotic traits when grown in northern Uganda adapts to the environment immediately since their offsprings are introduced to the indigenous feeds directly.

The ranch, which measures 130 square miles, is currently understocked with only 10 per cent animals compared to its carrying capacity. However, NAGRC&DB intends to have between 12,000 to 15,000 animals in the next five years.

Col Francis Acoka, the Operation Wealth Creation coordinator for Acholi region, said the introduction of highly adaptable breeds by NAGRC&DB to the region will transform the dimension of livestock production.

Mr Samson Okello, an OWC beneficiary, said: “We are ready to embrace as long as it will help us realise big incomes and improve our livelihoods.’’