IN October 8, 2020 BY witnessradio.org 232 views Leave a comment
farm news 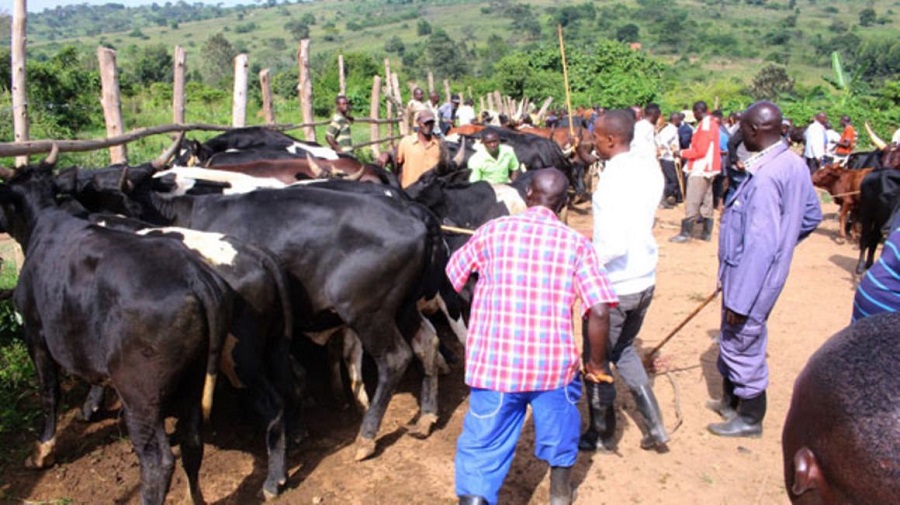 District veterinary officials in the south western part of the cattle corridor have complained over insufficient vaccines against Foot and Mouth Disease (FMD), saying this may delay the vaccination exercise.

Although vaccination against FMD kicked off in March, in some districts the veterinary officers say they have not covered even a quarter of livestock population in their respective districts due to shortage drugs.
In February, Cabinet approved a supplementary budget of Shs14.6 billion to procure FMD vaccines for livestock across the country.

Dr Godfrey Kimbugwe, the Kyotera District veterinary officer, said the district received only 15,000 doses in the first batch of May against 200,000 head of cattle in the district which he said cannot cover five per cent of livestock in the area.

“In September, we received the second batch of 13,000 dozes and we carried out strategic vaccination in hot spots which translates to 23,000 doses against 170,000 head of cattle,” he said during an interview on Monday.

Dr Kimbugwe said although they did not officially record any cases of FMD in August, they were surprised to find three animals infected at the border between Rakai and Isingiro districts.
Dr Kaddu Nsubuga, the Gomba District veterinary officer, said the district has 130,000 head of cattle, but only 40,000 have been vaccinated.

“We appreciate government efforts to fight FMD, but it looks like they are overstretched given the other demands. If resources can be found, I am sure we will be able to eliminate the disease,” he said.

Dr Ronald Bamek, the Lyantonde District veterinary officer, said farmers continue questioning why they are carrying out selective vaccination yet FMD affects all the farmers.
“In Lyantonde, we are vaccinating against FMD, rabies and peste des petits ruminants virus infection (PPR) in goats, but there are limited vaccines to cover the available livestock,” he said.

He added that the district has more than 140,000 head of cattle and FMD usually spreads from the neighbouring districts of Rakai and Sembabule.

“Vaccines are expensive, but selective vaccination equally exposes unvaccinated livestock to great risk of FMD and other related livestock disease,” he said.
Dr Erias Kizito Nsubuga, the Rakai District veterinary officer, said out of the 120,000 head of cattle in the district only 10,000 have been vaccinated.

He said the district’s strategic location along the Uganda-Tanzania border makes it vulnerable to FMD due to regular cross-border movements of livestock.
“What we have done is to carry out strategic vaccination only in villages near the Uganda–Tanzania border. When we get more vaccines as promised by government, we shall consider all the livestock in the district,” he said.

Efforts to get a comment from Mr Bright Rwamirama, the State Minister for Animal Industry were futile as he could not respond to repeated calls from this newspaper.
Rakai has more than 100 porous entry points which nomadic farmers use to sneak  into the country.

Over 17,000 cows in Busia vaccinated against Foot and Mouth disease