An evolutionary jolt helped cattle to spread across Africa 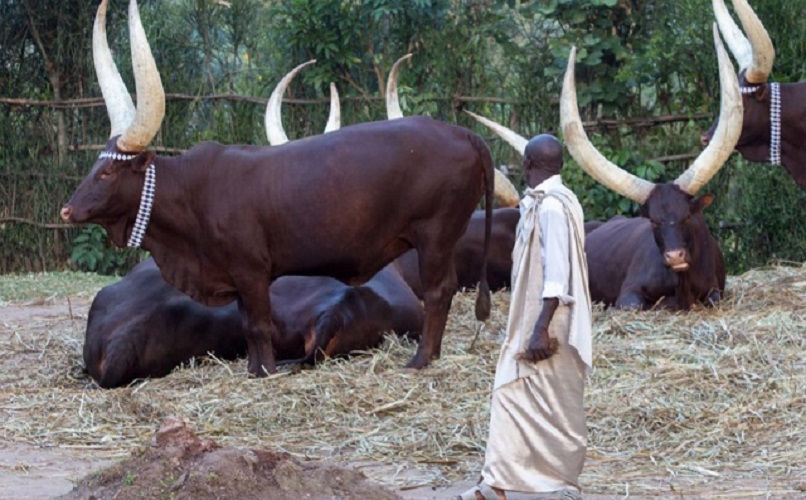 OLIVIER HANOTTE | African cattle breeds are astonishingly diverse, and often quite beautiful. They range from the dark-red Ankole of southern Uganda, with their massive heat-dissipating horns, to the Boran which thrive in the dusty plains of northern Kenya, to Ethiopia’s sturdy Mursi cattle, with their prominent shoulder humps and hanging dewlaps. The Kuri that graze on the grasses of Lake Chad are adept swimmers; the Red Fulani can trudge vast distances along the margins of the Sahara; and the famously disease-resistant Sheko inhabit tsetse fly-infested forests of southwest Ethiopia.

All billion or so cattle today descend from ancient aurochs, an extinct species of wild cattle that once inhabited large swaths of Eurasia. These cattle were domesticated on at least two distinct occasions approximately 10,000 years ago during the Neolithic era: once in south Asia – leading to the zebu or humped cattle – and the other in the Middle East – leading to the taurine or humpless cattle.

In Africa, the oldest archaeological evidence of domestic cattle dates back to between 6000 and 5000 BC in western Egypt. These taurine cattle, initially confined to the Saharan-Sahelian belt, eventually reached isolated pockets of land in West and East Africa.

Africa’s cattle today have adapted to the climate, forage conditions, diseases and pests prevalent in their habitat. The individuals best adapted to their environments were more likely to survive and reproduce. They were also more favoured by people. Over time this led to different breeds and species.

Today there are an estimated 800 million livestock keepers across the continent. Cattle provide nutritious, calorie-dense food, much-needed income, and nitrogen-rich manure for replenishing soils. There are few regions of Africa where cattle do not play a central role, both economically and culturally.

But it was not always this way. My colleagues and I from the International Livestock Research Institute (ILRI) recently published a paper detailing how African cattle acquired their adaptive capacities.

Sifting through the DNA of 16 indigenous African breeds, we discovered a thousand-year-old event in which the world’s two main subspecies of cattle – namely taurine and zebus – mixed. This allowed African cattle – after spending thousands of years confined to certain regions in Africa – to diversify and spread across the continent.

Our findings help to explain how African cattle spread throughout the continent. But since they were selected and bred for resilience, African cattle never became as productive, in terms of meat or milk, as breeds in more temperate climates. Our hope is that, by studying the history hidden in indigenous cattle genomes, we can help guide efforts to breed for productivity without losing the breeds’ native resilience and sustainability.

Our new genome sequencing work revealed that, about a thousand years ago, pastoralist herders in the Horn of Africa began breeding the Asian zebu cattle with local taurine breeds.

The zebu offered traits that allowed cattle to survive in hot, dry climates. The taurine traits provided cattle with the ability to endure humid climates, where vector-borne diseases that affect cattle, like trypanosomiasis (or “sleeping sickness”) are common.

This event, which we dubbed an “evolutionary jolt”, allowed African cattle – after spending thousands of years confined to a shifting patchwork of sub-regions in Africa – to spread across the continent and flourish into the breeds we see today.

But this resilience came at a cost. African cattle are often not as productive – in terms of growth rates, meat or milk – as their European and American cousins. Canadian Holsteins, for example, can deliver 30 litres of milk per day, several times what most African breeds are capable of. Traditional Ethiopian Boran, for example, produced only four to six litres of milk per day.

Today scientists at ILRI, in partnership with governmental institutions in Tanzania and Ethiopia, are again trying to deliver an evolutionary jolt to Africa’s cattle. This time, however, they want to speed up the evolutionary clock by identifying genetic markers that signal both adaptability and productivity. Screening embryos for these markers could help scientists replicate in the lab the slow work of evolution by favouring the traits that most benefit farmers.

Earlier efforts to improve cattle productivity on the continent focused on importing cattle breeds from elsewhere, without adequately recognising African breeds’ unique resilience. Nearly, all these attempts have failed or resulted in crossbreeds with both adaptability and productivity diluted.

This time, we are focusing on sustainable productivity–productivity that builds on rather than disregards the resilience of indigenous African breeds.

But while we have new tools and shortcuts which enables scientists to analyse vast swaths of genetic data and decide which breeds could work well together, there are some lessons we should still draw from the first evolutionary jolt.

The first is that we shouldn’t be overly concerned about crossbreeding. Because of a sense of national pride and wanting to conserve indigenous African cattle breeds, there is at times a tendency on the part of some to treat them as iconic, untouchable manuscripts.

This ignores the long tradition of crossbreeding practised by African livestock farmers and pastoralists – they were (and still are) constantly mixing and matching breeds to select the animals best suited to their needs.

Another lesson is that, as scientists experiment and cross-breed, it is vitally important to remember that the local breeds have adaptations – not all of them immediately obvious (a tolerance for episodic drought, for example) – that have enabled their success. It is important that we do not lose those adaptive traits in the randomness of crossbreeding.

This will take innovative crossbreeding programs that incorporate scientists, government ministries, private partners and farmers to ensure the conservation of genetic information across the long life cycle of cattle generations.

And finally, it’s essential to include the practical, accumulated experience of pastoralists in these processes.

Why you must consider crossbreeding