LivelihoodEvicted 10,000 Residents of Seven Villages Stranded as Landlord Gives Them One Week to Vacate 2 Square-mile Land 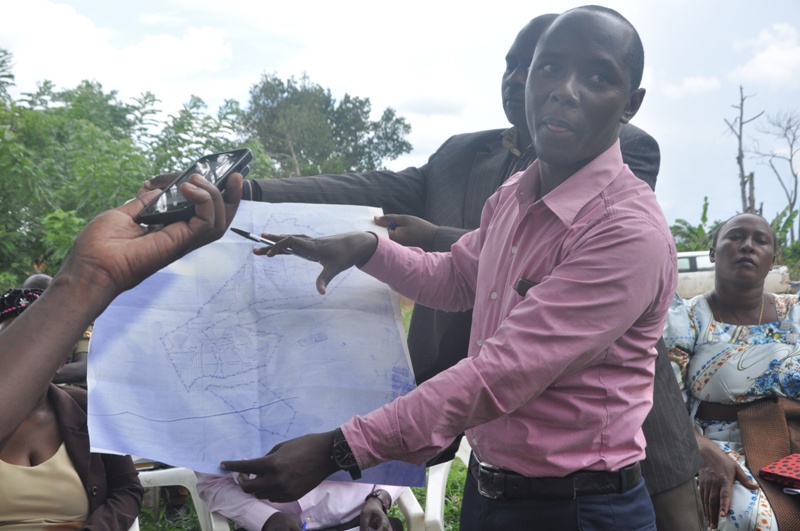 It’s all grief on the faces of at least 10,000 residents of seven villages in Kamusenene Parish, Kiganda Sub-County, Mubende district after Stella Kakuba, a new landlord who is believed to have conspired with Emmanuel Ssempala, the Clerk, Mubende district land board to forge a certificate of title of the the said land.

Attending a meeting organized by Florence Beyunga, the Mubende Resident District Commissioner (RDC), worrisome evictees said that Kakuba, a woman claiming ownership of their 2 ½ square-mile land on which they have lived for 70 years now, gave them only one week within which to vacate  it or face forceful evictions.

Residents informed the RDC that Kakuba’s ownership is being doubted because the disputed land situated on Block 431 Plot 47 is a public land.

But most interestingly, available documents reveal that Kakuba’s bid to secure a title on the disputed land got successful on 17th 10/2016 before selling it off to Francis Ndizeye on 14th 12/2016, hardly two months after the latter got the title.

Residents, say that they don’t know both the strangers claiming to be true owners of the land despite their long stay on it.

The evictees therefore, pleaded with the RDC to reach out to district leadership so as to cancel the said certificate of title on their land which the false claimants trade as a proof of ownership. 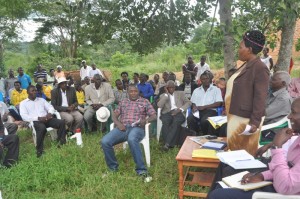 In response, the RDC comforted the residents, assuring them that she is going to do everything within her means to see that title canceled because it’s illegal for a person who doesn’t own even a plot of land to be given a title.

On his part, Ssempala, the man whom residents accused of conniving with the land grabbers, acknowledged wrong doing, but blaming the mess on the district political leadership which accepted to offer the land grabber a certificate of title thus asserting that the title that the grabbers hold would be cancelled soon.