IN September 12, 2019 BY witnessradio.org 487 views Leave a comment
land, livelihood and investment Livelihood 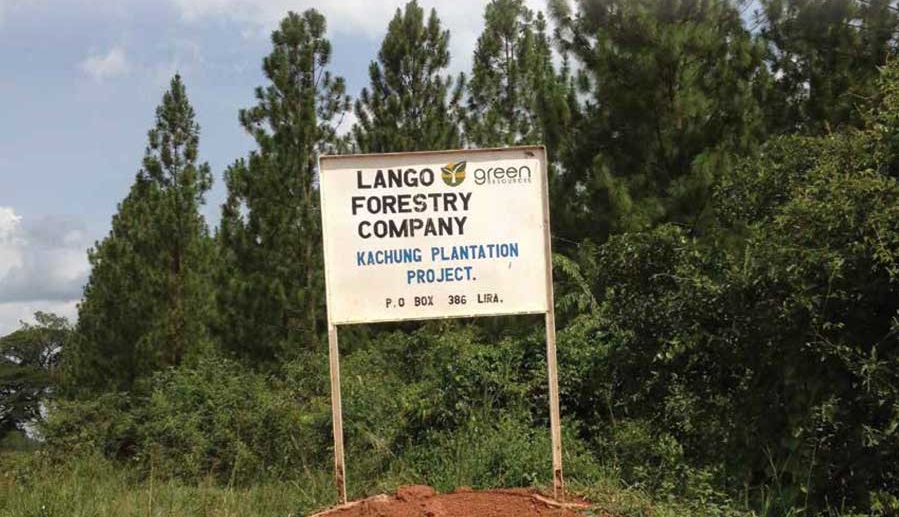 A planned disbursement of SEK 10 million by the Swedish Energy Agency (SEA) for emissions reductions produced by the Kachung plantation in Uganda, owned by the Norwegian company Green Resources, has been delayed due to on-going concerns about the project. Development Today has learned that the Swedes were about to give a green light last week but put on the brakes.

The delay coincides with the publication of the Berkley-based Oakland Institute’s third critical report on the Kachung plantation. Entitled “Evicted for Carbon Trading,” the report was released last Thursday (August 29), and presents evidence that farmers have over the years been evicted by Green Resources and its Ugandan subsidiaries to make room for the plantation. It also raises questions about the validity of certification received by the project from three international bodies, including the Forest Stewardship Council and CDM.

Ola Westberg at the Swedish Energy Agency tells Development Today that the payment delay is not related to Oakland’s report, which the agency rejects out of hand.

“As far as we can see the report contains no new information and the conclusions arrived at by Oakland do not match those of the independent audit that we have implemented,” the agency writes in a statement released one day after the Oakland report was published.

Rather, the delay is related to the Swedish Energy Agency’s own assessment of the project, Westberg says.

The Swedish agency had planned for a transfer last week of certified emissions credits produced by the Kachung plantation in Uganda and approved by the UN’s Clean Development Mechanism – equivalent to 192,000 tonnes of CO2.

“The plan was to go through with the transfer last week,” says Ola Westberg at the Swedish Energy Agency to Development Today. Once the credits are transferred, the agency has 30 days to pay SEK 10 million to Green Resources, which owns the plantation. Westberg says the agency is “still reviewing the progress report from Green Resources. [The transfer] could happen any day, but probably not this week … There will be no transfer of certified emissions credits until the agency is satisfied.”

The plantation, located in Northern Uganda, is surrounded by 17 villages. Though the land being used by Green Resources to plant pine trees is formally owned by the government, thousands of people have used the area for farming and cattle grazing. While the company plans to earn SEK 35 million by selling carbon credits to the Swedish state, the treatment of people in the area has been at the heart of the controversy that has dogged this project for almost a decade.

Back in 2011, the Swedish Energy Agency signed a SEK 35 million agreement with Green Resources for the purchase of 365,000 tonnes of carbon emissions reductions from the company’s pine plantation in Kachung, Northern Uganda. The payments would be made over a 20-year period, with the first disbursement of SEK 1.2 million taking place in 2013.

According to the agreement’s payment schedule, a second disbursement for emissions reductions achieved during the five-year period (2013-2017) was to be made last year.

But the cooperation was frozen in 2015 when media reports and the energy agency’s own site visits revealed that the situation of affected people was worse than Green Resources had led the agency to believe. The agency stated in a press release at the time that “villagers were deprived of vital resources and experienced threats and violence, and there is a lack of clarity regarding ownership in the reserve.”

Following the freeze in 2016, Green Resources presented a road map detailing how it would improve its dealings with communities affected by the plantation. This included a ten-point action plan on areas like food security, water availability, cattle grazing and roads. The Swedish agency welcomed the move, but warned that future carbon payments were “conditional on the implementation of concrete actions to improve the situation.”

The agency stated: “We believe we can do more for local people by taking responsibility and making demands on Green Resources … than by pulling out of the project.”

Since then, the Swedes have called for two independent audits – one published in March 2017 and the other in November 2018, both carried out by the South African consultancy EOH– to assess Green Resources’ progress on the ten points in the action plan. The first audit was largely positive, but found that “no significant actions” had been taken to boost agricultural land productivity, diversify income-generating activities and improve food security. It also referred to several ongoing court cases related to land ownership disputes, urging the company to find a solution “as soon as possible.”

Development Today has obtained a copy of the second EOH audit. It points to numerous shortcomings: “Food security, ineffective communication … complaints from communities associated with corruption, land-rights issues, as well as community access to forest resources” are areas of significant concern. Green Resources is deemed by the consultants to be “partially compliant or non-compliant” on a range of key interventions. “Most … lack specific measurable key performance indicators,” making it difficult to assess compliance. In spite of a commitment to undertake road maintenance after the rainy season, “no firm plans for this are in evidence as yet.” The consultants found “no water quality monitoring data for the current year [or] … a planning schedule for natural water point rehabilitation interventions.” Moreover, the EOH report states, “the provision of health centre support and provision of drug supplies to these facilities has seemingly not been undertaken for the 2018 period.”

Westberg says Green Resources has made improvements in several areas since the 2018 audit, but that the Swedish Energy Agency is still assessing the progress.

The Oakland Institute’s latest report on Kachung criticises the EOH audit from 2017, which stated that “no person had been displaced or evicted” and that the company did not acquire “Kachung land forcefully.” Oakland’s report includes facsimiles of eviction notices signed by Green Resources’ Ugandan subsidiaries. “The eviction notices and letters released with this report make it clear that [EOH]’s claims are false,” Oakland writes.

The authors also take to task the most recent certification by the Forest Stewardship Council, which took place in May 2019. Oakland questions FSC’s claim that that there are no “current unresolved disputes over tenure and use rights,” and there are “effective dispute and grievance procedures that is accepted in the community.”

Commenting on the eviction notices, Westberg does not dispute that evictions took place. The plantation is on national forest reserve land where people are not permitted to live, he says: “Compare it with the situation in Sweden and Norway. What would happen if someone settled in our national forest reserve?  That would also be against the law. There are laws there as well as up here in Scandinavia. That is how I made sense of it.”

The Swedish agency states that it invited Oakland Institute to have dialogue and to participate in the investigation of the project on-site in Uganda, but Oakland has declined.

Asked why they did not participate in SEA’s investigation, Anuradha Mittal, Executive Director of Oakland Institute, says to Development Today: “It is very obvious that what the people of Kachung need is not another audit. What they need is true action from the Swedish Energy Agency to stop facilitating this land grab by Green Resources and effectively address the issues and problems communities face as a result of the project.”

Rasi Rajala, Communications Director at Finnfund, says he appreciates Oakland Institute’s concern for smallholder farmers in Uganda. “We encourage them to visit the Green Resources plantation and discuss more closely with the local team there. As for their latest report, it does not appear to contain any substantial new information,” he says.

Like the Swedish Energy Agency and Finnfund, Norfund finds there to be “limited new information” in the Oakland report. “We have no reason to doubt that the audits conducted by FSC and other auditors have been of a high standard,” Inger Nygaard, Communications Manager at Norfund, says.