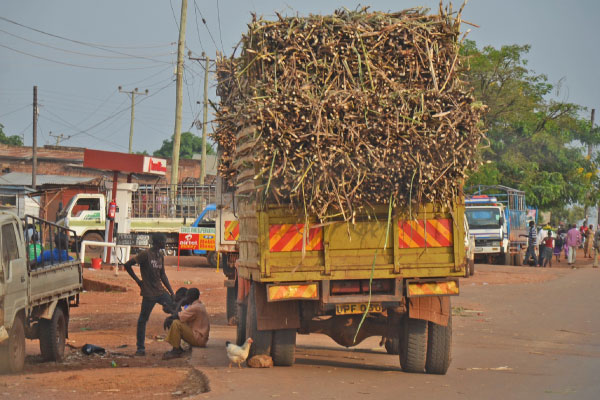 Sugarcane farmers in Busoga are struggling to cope with the declining prices of cane. PHOTO/ FILE PHOTO

Sugarcane farmers in Busoga Sub-region are crying foul following the continued drop in prices for cane, with a tonne of sugarcane further dropping to Shs99,000 from Shs104,000 in less than a week.

Mr Godfrey Naitema, the Busoga Sugarcaneout Growers Association spokesperson, asked government to come to their rescue if it wants to sustain the sugar industry.

“Millers are saying they have low sales because of the ban on exports, so the government should intervene before the industry collapses. We are not seeing the importance of the EAC (East African Community) if sugar cannot be exported to Kenya, Rwanda and other countries,’’ he said.

Mr Naitema said the government should borrow a leaf from other countries by buying the excess sugar and give millers room to buy more raw materials.

“Reducing prices is not a solution. The government should instead buy and stock excess sugar to maintain the sugar industry like other countries do. If not, we shall stop supplying cane to millers because we are operating at a loss,’’ he added.

The development comes at a time when the Kenyan government ordered an immediate ban on the importation of brown sugar and cane.

“We used to export sugar to East African countries but most countries such as Rwanda have banned it. Kenya, which was a market for both cane and sugar, also closed importation,” he said, adding that factories have stock of sugar in excess of $50m.

In 2017, the price of a metric tonne of sugarcane went for Shs1,750,000, prompting many farmers to switch to growing cane. Efforts to get comment from the Minister of Trade, Ms Amelia Kyambadde, on the matter were futile.