LivelihoodOpinion: Why is IFC contributing to poverty in Guinea?

Opinion: Why is IFC contributing to poverty in Guinea?

IN July 29, 2020 BY witnessradio.org 82 views Leave a comment
Livelihood 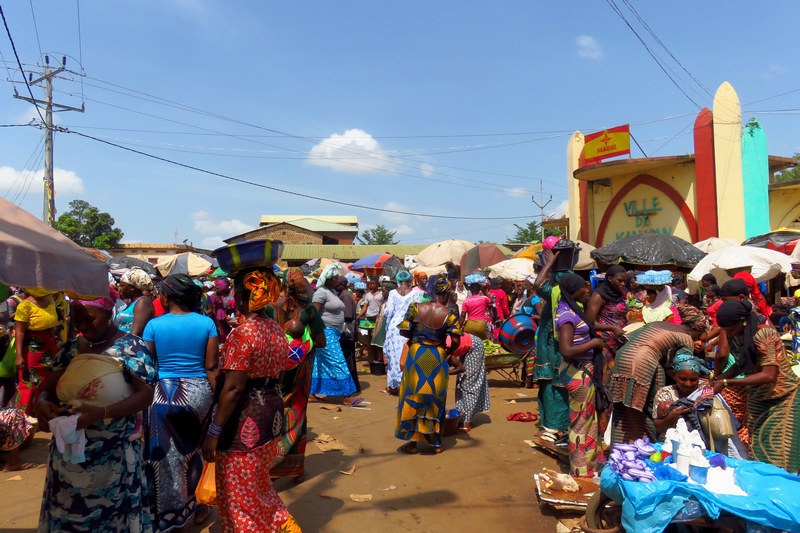 While most of the world was sheltering in place due to the COVID-19 pandemic in March, a hundred families were uprooted from their lush, centuries-old village in western Guinea and relocated to a barren hilltop to make way for a sprawling bauxite mine, backed by the International Finance Corporation.

Residents of the Hamdallaye village say the Compagnie des Bauxites de Guinée, or CBG, moved them to an unfinished resettlement site that lacks adequate housing, water, and arable land to replace the farmland that the company has taken from them over the past decade.

Three months later, World Bank President David Malpass responded to the Black Lives Matter movement by committing to tackle racial injustice and inequality, including within the World Bank Group. A banner reading “#EndRacism” was draped across the façade of the bank’s headquarters in Washington.

If these words are to be more than just a hashtag, the bank should take a hard look at how it is deepening inequality by contributing to the plunder of African resources, at the expense of African lives, to help some of the wealthiest corporations accumulate more wealth.

One of the world’s largest bauxite miners, CBG is a joint venture of the Guinean government and three multinational mining companies — Rio Tinto, Alcoa, and Dadco — and supplies the raw material for aluminum in an array of consumer products, from Ford trucks and BMW luxury cars to Campbell’s soup and Coca-Cola cans.

In 2016, the company received a package of loans estimated at $795 million from IFC, the U.S. Overseas Private Investment Corporation, and a syndicate of commercial banks to expand its bauxite production. The German government guaranteed a portion of the financing through its untied loan guarantees program.

Last year, the residents of Hamdallaye joined 12 other villages in filing a complaint with IFC’s independent watchdog, the Compliance Advisor Ombudsman, or CAO, saying CBG had grabbed their ancestral land, polluted their water sources, and caused long-term damage to their livelihoods with IFC’s acquiescence.

The company responded to the complaint, as well as others, by saying that it has adopted and adhered to IFC’s environmental and social performance standards over the past four years but that it “wishes to learn more about the concerns expressed in the complaint and initiate a process to resolve the disputes with the Complainants.”

The communities and the company were scheduled to begin mediations in April 2020 under the auspices of CAO. The people of Hamdallaye expected to have this opportunity to negotiate their resettlement terms on a fair footing. Mediations were postponed due to the coronavirus pandemic, yet CBG plowed ahead with the resettlement of the village regardless. The company has since issued a statement about this.

To help Hamdallaye and the other communities prepare for mediations, my organization, Inclusive Development International, supported them to conduct a participatory mapping exercise and to analyze Earth observation data from 1974 to 2019. This mapping documented and geolocated the impacts of CBG’s operations on 17 villages.

The results were staggering, suggesting that the residents of these villages — which make up only a small fraction of the roughly 230 villages affected by CBG’s expansion — collectively lost more than 100 water sources and more than 80 square kilometers of cropland to CBG’s mining activities. The company has yet to pay a cent in compensation for this land.

What’s worse, CBG is not rehabilitating most of the land it exploited. Bauxite mining strips vast areas of fertile topsoil to access the minerals underneath, creating “dead zones” that are useless for agriculture without proper rehabilitation. An analysis of satellite imagery indicates that over the lifetime of the mine, the company has rehabilitated only about 10% of the land that it has exploited, and large portions have been re-mined since the IFC-backed expansion began in 2016.

The land that CBG and other bauxite miners are destroying underpins the economic and food security of some 400,000 farmers in the Boké region. Far from bringing development to this corner of West Africa, this investment threatens to cause impoverishment on a massive scale.

So why is a member of the World Bank Group, along with the U.S. and German governments, fostering poverty in what is already one of the world’s poorest nations?

The project backers said that CBG’s expansion would benefit social development and stimulate economic growth in Boké. IFC acknowledged the investment’s significant risks but justified them on the basis of the environmental and social “additionality” that it would bring, pledging to “support the Company in areas such as biodiversity, resettlement and water management.” The loan package is predicated on CBG’s commitment to comply with its environmental and social performance standards.

CBG has not only failed to acknowledge and redress its 30-year legacy of harm, but it is still not complying with IFC’s standards as it expands its operations over vast new areas of land. That is not just our analysis but also the conclusion of the project’s independent environmental and social monitor.

CBG’s unwillingness to remediate and avoid further harm may have been tolerated by the lenders so far, but it is causing enormous frustration among the local population. In 2017, Boké saw large-scale riots by thousands of young people protesting bauxite mining in the region, resulting in multiple deaths of protestors at the hands of security forces. The protesters weren’t saying no to mining; they were simply demanding a fair share of the benefits.

CBG’s multinational owners do not actually need IFC’s advice on how to mine bauxite more responsibly. After a lengthy legal battle, Rio Tinto reached an agreement with Indigenous landowners to lease the site of its Gove mine in Australia’s Northern Territory. Rio agreed to pay the communities between $15 million and $18 million a year in rent over a 42-year period, along with a range of other development and employment benefits.

The people of Guinea deserve nothing less. And we expect no less from a “development” project that has benefited greatly from the largesse of our public tax dollars.