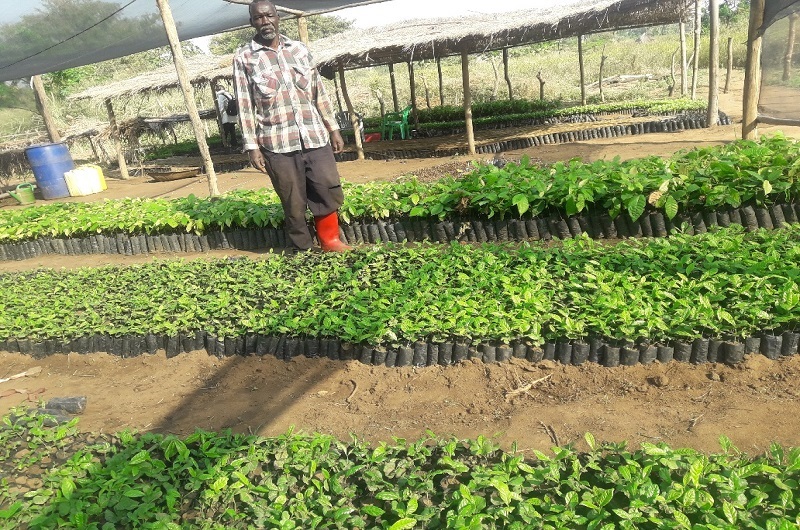 Nursery bed operators who have been supplying coffee seedlings to government in Masaka, Lwengo, Kyotera and Rakai districts are stuck with them after the distribution was halted in March following the Covid-19 pandemic.
The operators now fear that they could incur huge losses since the next planting season is between September and November.

“I have injected a lot of money in the nursery beds and the whole season has gone to waste because 80 per cent of seedlings will be of no value by September,” Mr Josephat Ssemakula, a supplier who has more than 100,000 seedlings, said on Monday. Each coffee seedling costs between Shs700 and Shs800.
Mr Mark Ssekitto, another supplier in Lwengo, said his seedlings are over grown and could dry up by the next season.

“Our prayer is that government pays our arrears and compensates us for the losses we have incurred. We prepared the seedlings to meet the farmers’ demand in March and we did not know that the world would suffer a pandemic,” Mr Ssekitto said.
He said they were preparing a joint petition to present to various stakeholders, including President Museveni for intervention.
The suppliers also claim that many of them have not been paid despite informing Uganda Coffee Development Association (UCDA) about the arrears.
Mr Charles Wasswa, the UCDA regional coordinator, said those with genuine paperwork of the supply will be paid.

“We submitted their claims and once government releases money, they will be paid,” Mr Wasswa said. About those stuck with the seedlings, he said once the current social distancing restrictions are lifted, some suppliers will be considered if they have good quality seedlings.
“We always guide suppliers on what to do, but some of them don’t follow the guidelines. For example , during the September –November 2019 planting season, we advised them not to prepare elite Robusta coffee seedlings because it had low demand and government was shifting to coffee wilt resistant colonal cuttings, but some of them did not take heed,” he said.
Meanwhile, a section of farmers in central region have also been waiting for free seeds from government.

They say the delayed supply of farm implements threatens their income and food security.
The most commonly distributed agricultural inputs under OWC include coffee, oranges, citrus fruit seedlings, cassava cuttings and pineapple suckers.
Mr John Matovu, the Buwunga County agricultural officer, said they had planned to supply farm inputs to 7,000 households by April, but were affected by the pandemic.
Ms Agnes Kirabo, the executive director Food Rights Alliance, a coalition of civil society organisations, said the pandemic will accelerate hunger, malnutrition, and poverty, especially among smallholder farmers.

“Many farmers did not plant because seeds are in the hands of government and civil society organisations. When there was a ban on public transport, farmers could not access help seeds,” Ms Kirabo said.
She advised government to buy inputs for farmers in the next planting season to avoid food shortage.