special investigative programmeland, livelihood and investmentLawlessness in 2019: a police officer was killed while aiding illegal land eviction in Hoima district

IN December 10, 2019 BY witnessradio.org 608 views Leave a comment
land, livelihood and investment Livelihood 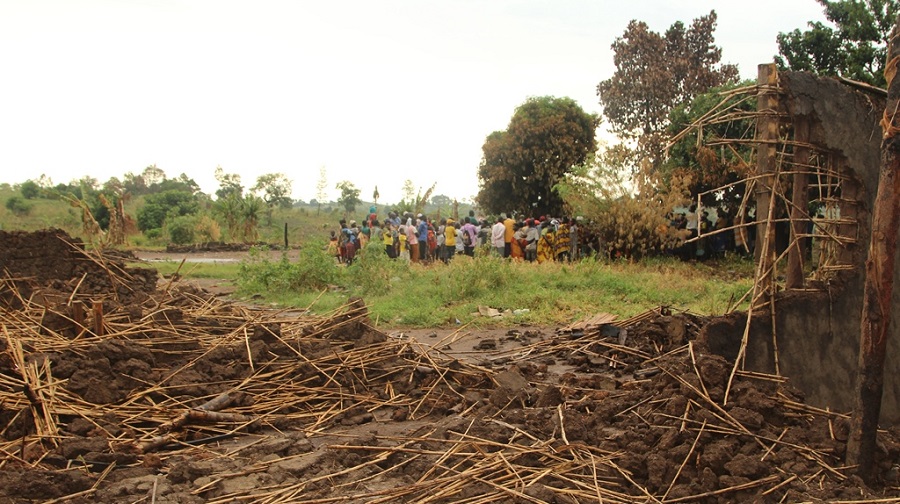 Hoima – Uganda – After years of despair and failure for state organs to protect native land owners, violence is taking a toll in the defense for access to land and ownership. Among the many death – land related cases recorded by witnessradio.org in 2019, is a Police constable Vincent Rutalemwa attached to Hoima central police station who was hacked to death and the commandant of the Police Field Force Unit was injured.

Rutalemwa’s death occurred during a joint illegal eviction of over 3000 inhabitants with the help of the Hoima police and the Uganda Peoples Defense Forces at Kyabisagazi II village in Hoima district. The illegal and forceful eviction which targeted 1,200-acres of land was conducted in the wee hours of Febuary, 13th 2019. The land is registered in Leasehold Volume 1039, Folio 8, Plot 5 Block 6, in Hoima District.

witnessradio.org has established that the operation under code name; condone and search operation was disguised by Hoima district security officials as a night exercise aimed at dismantling a militia group that was building its capacities in the area.

It was established that the land was grabbed for a one Edgar Agaba, former Executive Director of Public Procurement and Disposal Authority (PPDA) and the land is being used to grow sugarcane.

Unfortunately, 51 people were arrested during the eviction and charged with the offences of going armed in public and murder among others. This is according to the Albertine Regional Police commander Deo Obura.

Since the illegal and forceful eviction, the land is under the protection of Uganda People Defense Forces (UPDF).