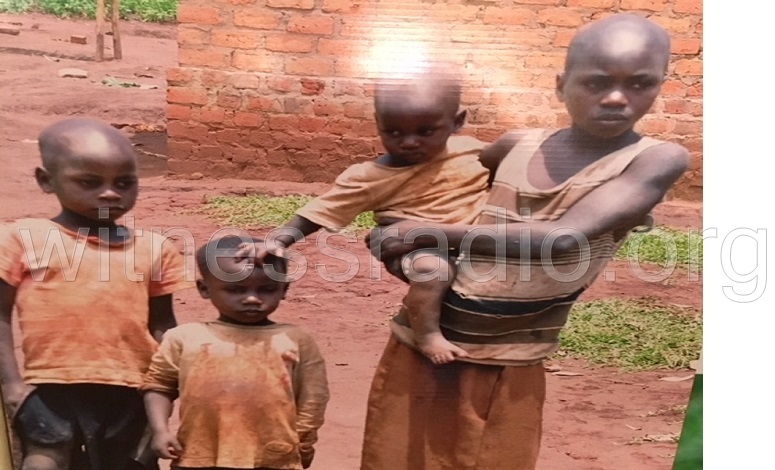 At the age of ten (10), Kyesimire Sharon while in primary three (3), her father Paul Kasigire was kidnapped from their home at night, held incommunicado before being taken to prison over land disputes. He left her with their mother plus her three siblings in an unfinished house.

Being the eldest child in the family, Kyesimire’s life was changed and divided by attending school and babysitting her young siblings whenever their mother is hired as a casual labour in order to put food on the table.

Kyesimire’s father (Kasigire) was charged with one count; aggravated robbery, a capital offense arising from land disputes with his four (4) fellow community leaders who were leading a campaign to oppose the land eviction. They spent more than two years on remand before Mubende court introduced a plea bargaining system where, the five men were forced to accept to having committed the crime. They later accepted in order to find their way out of the prison. They were convicted and jailed to a five year prison sentence. They however still claim that they never committed the offense.

Shortly after the imprisonment of Kyesimire’s father, the family lost their land to one Wilfred Bugingo, a Kampala businessman.

According to Bunakabwa Primary school administration where Kyesimire has been attending school, her life changed after the imprisonment of her dad. The administration further explained that she’s among the school’s top  absentees and fees defaulters.

Unlike Kyesimire, many young girls in different parts of the country find themselves in such challenging situation and they end up dropping out of school for as early as 12 years for child marriage among others.

Kyesimire, now 15 said ever since her father was jailed she lacks scholastic materials and sometime, she has to join her mother to be hired as casual laborers to raise money for school fees and food.

“I am determined to study until I complete my studies despite challenges. Many girls in our community have failed to make it even beyond primary school level but for me, I want to be an empowered person who can stand at my own. At least I want to be a nurse” Said Kyesimire.

She explained that many girls get married after dropping out of school but this has not saved them neither because they get divorced shortly.

As she joined primary seven (7) in 2018, Kyesimire changed a school to Ndeeba Primary school, a public school due to accumulated arrears and being expensive to their standard.

“My new school has more challenges compared to the previous one including learning materials and motivated teachers but I will make it at the end with 8 points” added Kyesimire.

Kasigire, has since served his prison sentence and got released early this year.