IN March 16, 2018 BY witnessradio.org 1550 views Leave a comment
Corporate Accountability 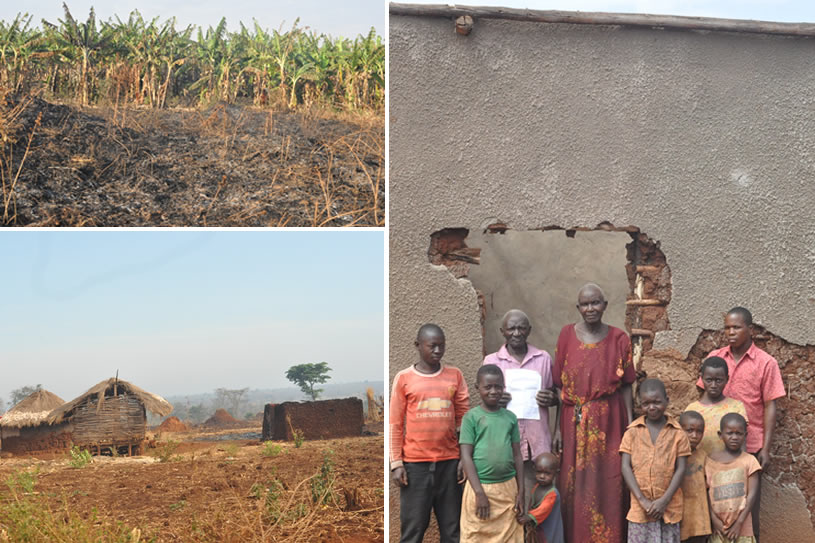 In a petition filed on 14th/March/2018, the district security committee including Kiryandongo police, office of the Resident District Commissioner,  Kiryandongo LC V chairperson, Uganda People Defense Forces and private security guards are implicated for forcing indigenous communities off their land to give way for investments benefiting two companies including Joseph Initiatives and Kiryandongo Sugar limited.

The petition accuses Joseph Initiatives limited and Kiryandongo Sugar limited for failing to adhere to the due process and instead used force backed by the district security committee.

“The security personnel have used excessive force and caused permanent disability to several people including a 11 year old boy, burnt and destroyed houses, cut down people’s plantation and coerce people including the elderly to accept unreasonable payment as transport to leave their land on ranches 15, 20, 21 and 23” states the petition

The land is a defunct government sponsored ranches where a number of people and companies were granted leases to establish ranches in various parts of Uganda in 1960s including former Bunyoro district. Because of political upheavals, most business enterprises collapsed. The government sponsored ranches were affected too and they were also destroyed.

The communities under Nyamalebe landless Association applied for the land and were settled afterthe cabinet passed a resolution to restructure the ranches in 1990s. The resolution was debated by the National Resistance Council which adopted it and published it in the National gazette, thus making it a law.