How to earn more from coffee

IN September 7, 2020 BY witnessradio.org 300 views Leave a comment
farm news 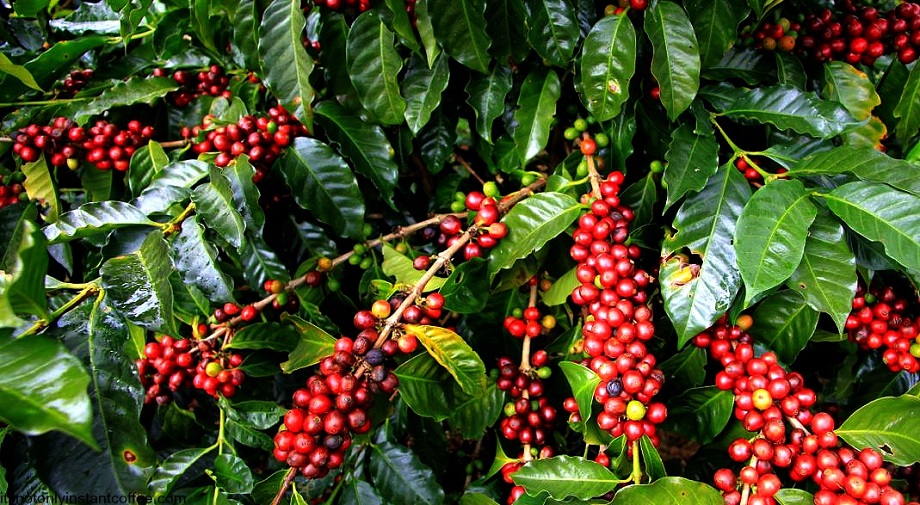 Farmers are advised to harvest only the ripe cherries

Coffee farming and its value chain is considered to be an activity mainly undertaken by male famers.
Female farmers have been urged to engage in coffee production because it is a crop which brings cash on table.
As such, women farmers engaged in coffee value chain are now getting organised in groups across the country in order to increase their income.
The plant is said to be contributing 1.5 percent of the GDP to the country’s economy amounting Shs1.6 trillion per annum
International Women Coffee Alliance Uganda Chapter has come up with a strategy of mobilising female coffee farmers across the country in a bid to produce quality coffee and increase yields.
Ms Teopista Nakkungu the country director of the organisation contends that women are good at tending to their farm produce and if engaged in coffee farming and following the right agronomy practices the yield can increase by 40 percent.

Land preparation
Farmers are expected to prepare the land during dry season and ensure that they remove excess trees and stumps but leave some mature trees for shade.
Remove weeds by digging, hand picking perennial weeds or applying herbicides and build contour terraces, bands, grass strips and cut-off drains to prevent soil erosion.

Planting
Farmers are required to plant Robusta coffee in lines at a spacing of 10ft x 10ft and the seedlings rated at 450 trees per acre. For Arabica, the lines at a spacing of 8ft x 8ft with seedling rating of 680 trees per acre is required.
“Dig round holes and heap the fertile topsoil separate from the subsoil. Refill the holes with topsoil mixed with a basin of manure and a handful of DAP or SSP fertiliser,” says Nakkungu. The farmer is also advised to heap the soil above the ground level.

Other varieties are KituuzaR1- R7 which are resistant to the coffee wilt disease
Farmers must plant two weeks after the onset of rains, trim off roots protruding beyond the polythene pots and remove polythene pots from potted plants before planting.

Management
Farmers are expected to bend the six- month old coffee plants up to 45 degrees and along rows to stimulate growth of suckers. Allow only 2-4 healthy looking suckers which originate at about 0.5-1 foot from the base of the plant. Remove weeds in gardens of young coffee of up to a year old by digging and slashing or mulching.
Remove weeds in old coffee gardens by mulching, or alternating digging and slashing with herbicide spraying outside the canopy.
Ring weed below the canopy to avoid damage to the plant during slashing or spraying.

Stumping
Stump coffee after seven years to renew the stem cycle and improve productivity. Leave a breather stem which should be removed six months after stumping. Stumping can be either staggered or clean stumping. If staggered, stump one in three trees every year so the entire garden is stumped over a three-year period.
Get help from the extension staff or a knowledgeable farmer when stumping coffee for the first time. The stumping should be at least 450 and sloping away from the breather stem.

Mulching
Mulch coffee gardens with up to six inches of maize straw, bean trash, banana leaves, grasses or any other dead plant materials to conserve moisture, control weeds and soil erosion, and add nutrients to the soil.
Place the mulch one foot from the coffee stem to prevent infection from collar rot or attack from ants and termites.

Water conservation
Digging pits/troughs at some points of the terrace preserves rain water. Add a small amount of oil to the water trapped in the pits/troughs to prevent breeding of mosquitoes. Mulch coffee to prevent soil erosion and retain soil moisture. Plant cover crops such as mucuna, phaseolus beans, lablab and groundnuts. Plant shade trees such as bananas and grass at the edges of the gardens including ridges, terraces and contour bands.

Harvesting
Do not strip all cherries off the branch, harvest only fully ripe cherries because unripe cherries will form black beans.
Overripe cherries give defects such as discoloured coffee beans, fermented and off flavours to the coffee cup. Ripe cherries give better quality coffee and therefore more money.
Keep harvested coffee cherries in containers such as baskets. Do not dry the coffee on bare earth as this results in soil microbial contamination.