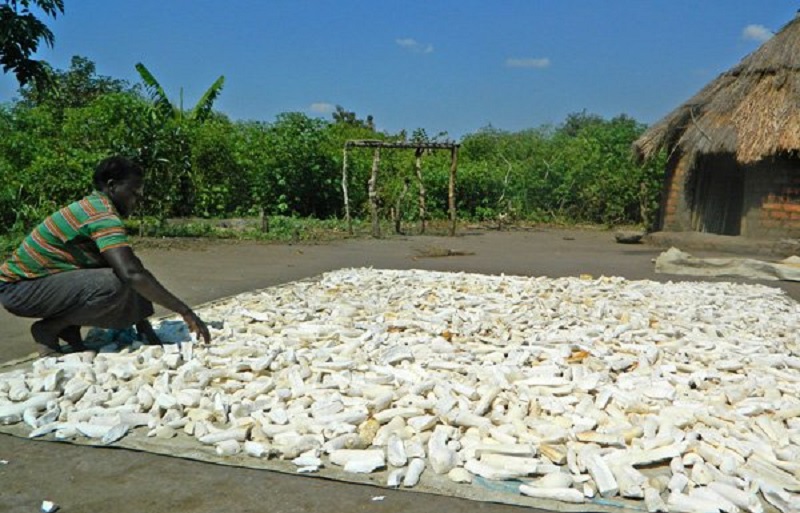 A woman spreads out cassava to dry at her home in Ukusijoni Sub-county, Adjumani District, on December 17, 2018. Government wants to turn cassava growing into a commercial venture that will boost people’s income. PHOTO | FILE

Farmers in Bukedi Sub-region are set to benefit from a Sh47 billion cassava industrial project that is expected to be established in Kapyani Village, Buseta Sub-county in Kibuku District.
The project, which is funded under the Uganda Development Corporation (UDC), is meant to promote food security through sustainable cassava production in Kibuku, Butebo and Pallisa districts, among others.

It will be implemented by Fresh Horizons Limited, an investment firm, in partnership with the government and about 2,095 associations of cassava farmers that are spread across the sub-region.

“The project will also help to improve people’s income and promote industrialisation of cassava growing,” he said.
Mr Wakhweya revealed that the project will be established on about 2,000 hectares of land.

“It will increase the productivity, inclusiveness and well-being of the population and as well address import substitution through adding value to cassava,” he explained.

Mr Wakweya added that they have started mobilising farmers to embrace cassava growing on large scale, saying the crop has potential to lift residents from poverty.
“Cassava is such a miraculous crop. There are countries in the world such as China, India, Brazil and Malaysia that have turned around their fortunes because of cassava growing,” he said.

Mr Wakweya explained that cassava has more than 20 components that can be used for manufacturing paint, medicine and ethanol.

The minister of Agriculture, Mr Vincent Ssempijja, while commissioning the project at the weekend, challenged the extension workers to guide farmers on the right farming methods and varieties. “The district leadership should embrace the project, which is geared towards promoting agriculture and agro-processing,” he said.