Defence minister stops eviction of over 4000 people in Bunyangabu

IN February 5, 2019 BY witnessradio.org 1094 views Leave a comment
land, livelihood and investment Livelihood 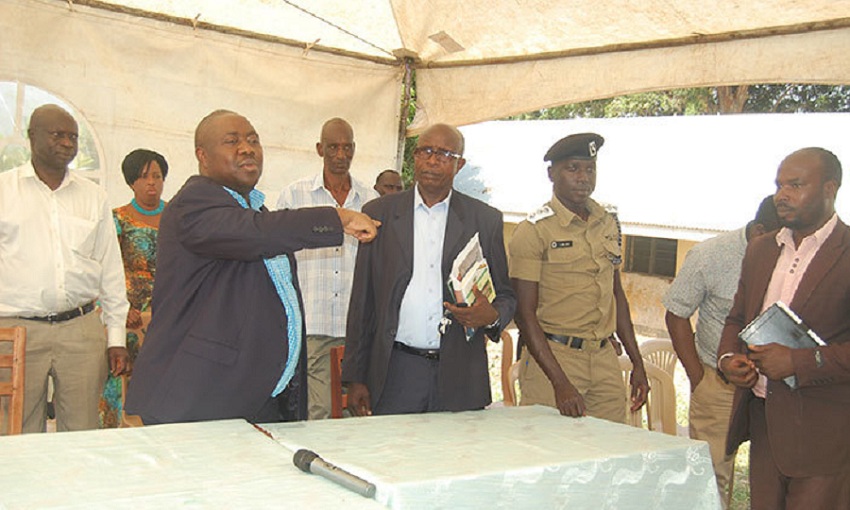 The minister for defence and veteran affairs Adolf Mwesige has stopped the eviction of over 4000 people from the two sub counties of Katebwa and Kisomoro in Bunyangabu district.

More than 4000 residents from the 13 villages in the two sub counties are living in fear of an impending eviction from their land.

Zaveriyo Mahingura, a Kampala based business tycoon is claiming ownership of the land occupied by the families.

Some of the affected people

The contested 248 hectare piece of land stretches from Kismoro sub-county headquarters to the mountainous areas of Katebwa.

Also facing eviction are three government-owned primary schools and several churches which have been built by the people.

Mwesige said on Sunday while meeting the affected people at Kisomoro primary school that he had instructed the Police and other security agencies not evict anybody because the people are protected by the law.

“I have held meetings with the owner of the land title and we have agreed that nobody should be evicted from the land and people should carry on their duties without being intimidated,” Mwesige said.

He said  Government through the Uganda land fund will compensate the owner of the land so that people can get free hold offers.

“We are negotiating with the owner of the land so that he can be compensated and people get free hold land certificates for their land but I want to assure the people that nobody will be evicted,” Mwesige added.

Mwesige said  through the land fund the Government had compensated the Queen mother of Tooro Best Kemigisa for the land in some parts of Bunyangabu and people had started getting their titles.

“People should not be stopped from constructing permanent houses on the pieces of land that they occupy as a trained lawyer I understand the law the NRM government and president Museveni cannot watch people suffer after being evicted from their land,” Mwesige added.

Mahingura claims to have inherited the contested land from his father who died in the 1990s and currently he is the administrator of his late father’s estates.

Jacob Mugisa, one of the affected residents accuses local council officials in the area, for conniving with tycoons to grab their land.

“We have been on this land for more than 100 years but I was shocked recently when someone came with a land title claiming ownership of the land and asking us to leave,” Mugisa said.

He said some of the local leaders in the district council have not helped  address the issue and thanked Mwesige for his intervention.