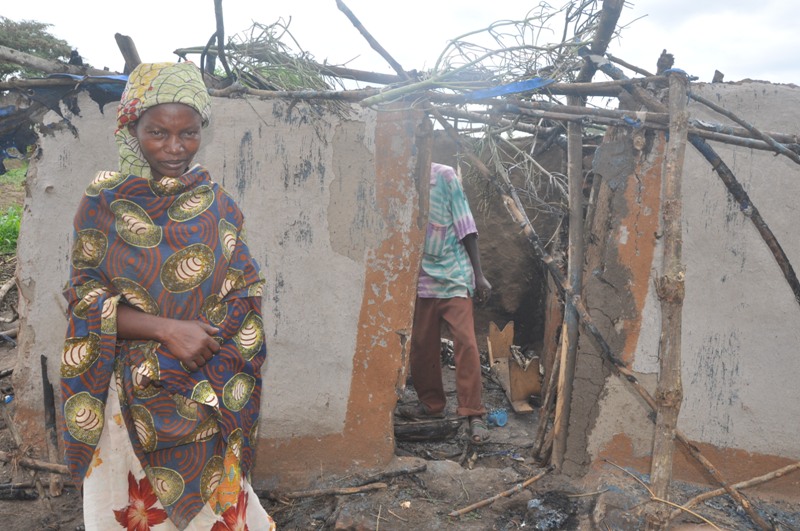 15 people have injured and 28 destroyed during a fire outbreak in Nalutuntu Sub County. This incident occurred at Bukoba village in Nalutuntu sub county in
Mubende district. Mukandayiro Demitirewo , Kalweremera Nicholas and Namakula Annet some of the survivors during the fire out break explained that; “at around 2:00 am we had strange people talking outside our houses and 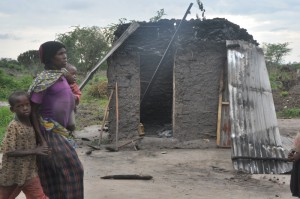 when we went out to ascertain who they are, they began firing gun shots after which our houses were set ablaze.”
Mukandayiro the wife to chairman bukoba lc1 added that ;”three men forcefully entered my house pulled out my husband out of bed while others were pouring petrol on our house after which they set the house ablaze , he got burnt as he tried to rescue our 6 six children from perishing in this inferno.” Sekitende joseph one suriviours added that; all our clothes, food, blankets mattress perished in the fire. Those rushed in the hospital include byakatonda alozious chairman lc 1 bukoba village Munkulukiye Andrew , Mukankuluzi James , Kyalugamba , Asimwe, Mugyenyi and others have been rushed to Mityana hospital where they are receiving treatment. These land conflicts started far back since 2006 where over 1000 people were evicted from 5 square miles and the land was offered to an asian investor identified as Alam Abid who was supposed to grow sugar cane that raised conflict between the residents and an Asian investor Alam Abid but during 2015 year’s election campaign the former vice chairperson Gilbert Bukenya asked the evicts to 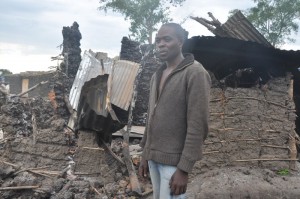 return to their land that was offered to the veterans and their children Ochomu Nobert Wamala region spokes person explained that;” police has embarked on the investigations to ascertain the people who were involved in this activity. We are not sure whether the army that was involved in burning and beating up the residents in this area but we are to look into this matter.” Semwo Nsubuga Kasanda South the member of parliament explained that;”its true this land was offered by the president to the veterans and their children during the 2015 election campaign but it’s a pity that the people are being treated in this manner , police should come out to protect the lives of the residents.”