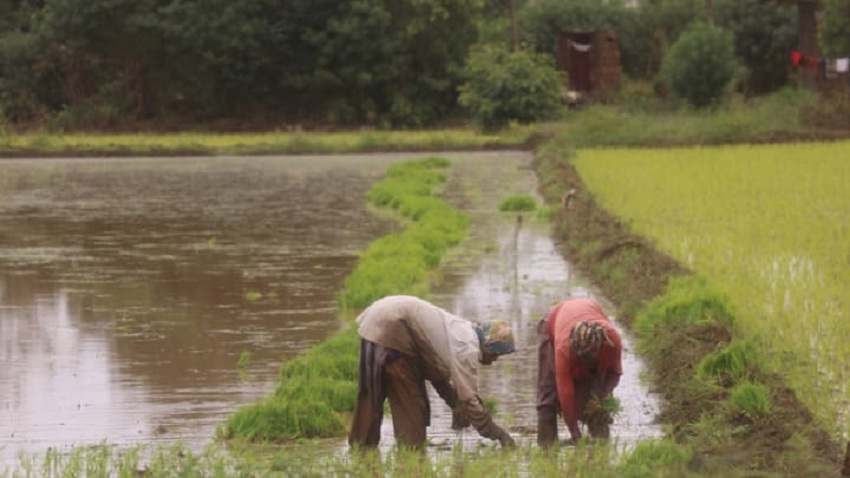 Canberra — China’s investment in foreign agriculture totaled $26 billion in 2016, with investments in 100 countries. But this may just be the tip of the iceberg.

A new report released by the United States Department of Agriculture on April 24 draws from Chinese language speeches, reports, and other secondary sources to understand both the scale and purpose of foreign investment in agriculture, forestry, and fisheries.

Developing countries in Africa, Southeast Asia, and Latin America were among China’s investment regions, with the investment types and goals differing for each.

“In our review of Chinese investments in agriculture in developing countries, we found that some are commercial ventures, while others are foreign aid projects,” Elizabeth Gooch, an economist for the Economic Research Service of the USDA, explained to Devex. “We also found that some ventures seem inclined to pursue both commercial gain and philanthropic motivations.”

A timeline of foreign agricultural investment

According to the report, both agricultural imports and exports began to rise dramatically from 2001, after China joined the World Trade Organization. Political support for a global agriculture policy in 2007 increased foreign agricultural investments further, as did a food security measure linked to the Belt and Road initiative in 2012.

“China’s general ‘going out’ or ‘go global’ strategy began in the 1990s, as an initiative to strengthen Chinese companies by encouraging them to move out from their home base and into global markets,” the report explained.

But for agriculture, the going global strategy was more than just cementing business opportunities for Chinese companies: Foreign investment in agriculture was strongly linked to food security concerns.

A national food security strategy was outlined for China in a five-year plan from 2006 to 2010. The plan advocated for the country to “go global” using China’s large labor resources to develop foreign land, water, and energy resources.

“The plan encouraged large-scale, competitive food conglomerates to produce grains, oilseeds, and sugar crops on rented land in South and North America and Africa and then to transport these crops back to China to balance supply and demand,” the report said.

The five-year plan helped boost foreign investment in farming, forestry, and fishing, which increased five times between 2010 and 2016, reaching almost $3.3 billion, according to China’s National Bureau of Statistics.

The report suggests acquisition of foreign technology to improve agricultural productivity has become another important objective in China’s outward agricultural investment linked to food security in recent years — and is particularly evident in investments related to pork, agricultural trading, and farm input companies.

In 2017, the Chinese Ministry of Commerce estimated agriculture, forestry, and fishing investment in Southeast Asia to be valued at $3.1 billion.

“Southeast Asia has a tropical climate suited to rubber, oil palm, and cassava,” the USDA report said. “It also has a large ethnic Chinese population — an attribute that facilitates business ties.”

Malaysia and Indonesia are key investment regions for palm oil. Cambodia has also been an important location since the 1990s, when the government began leasing out large tracts of land — or economic land concessions — to foreign investors for agricultural operations. The amount of farmland available for economic land concessions now nears 1 million hectares in total, and Chinese businesses are leasing 24 percent of this total. Key investments are rubber and lumber.

Yet foreign aid has also been important to investment across Southeast Asia. In Cambodia, research into the mechanization of cassava cultivation has been a part of China’s foreign aid spending, while in Laos, aid was used to support investment in rice, corn, sugarcane, rubber, tobacco, and tropical fruit.

Investment in Latin America, meanwhile, is more closely linked with food security according to USDA, as it is a “land-abundant region that supplies more than half of China’s soybean imports.” Sugar, grains, oilseeds, and livestock products are among China’s other imports from the region.

But despite it being an important region for imports, it has been a difficult region for Chinese companies to do business in, with the USDA saying only “10 of 17 major Chinese land acquisitions in Latin America were confirmed and under cultivation.”

In Africa, foreign aid and goodwill appear to be an important factor in agricultural investment. According to the USDA, Africa has been a focus for the receipt of technical assistance related to agriculture — as well as the construction of roads, ocean ports, airports, rail, and schools which aim to foster agricultural trade in the long term.

“We cannot speculate about the future impacts of Chinese investments in Africa on African exports to China, but we can reiterate the main reason for the growth in overseas investment by China in agriculture is related to China’s growing dependence on food imports,” she said.

Yet the report also suggests that this investment “may be designed to build goodwill in African countries to create business opportunities for Chinese importers and contractors.”

Technical ability is an important asset element in the foreign agricultural investment made by China in the developing world to build goodwill. It began with the 1996 establishment of a rice farm in Cuba by the Xintian Group — a 5,000 hectare rice farm that produced food for local markets. It was followed by similar investments in Mexico.

China does not import rice from either country.

And USDA believes that rice will also play an important role in the delivery of technical services through the Belt and Road initiative.

While there is large investment from China across the globe, USDA reports that the majority has been concentrated in neighboring areas of Southeast Asia and the Russian Far East — areas both accessible and with an abundance of land for Chinese businesses. It is expected this will grow with the Belt and Road initiative.

Shifting to mergers and acquisitions

The USDA report identified a new trend in China’s foreign agricultural investments — a shifting away from land purchases toward mergers and acquisitions.

For example, the state owned China National Cereals, Oils and Foodstuffs Corporation is gaining more control over commodity trading, processing, and logistics. Another state-owned entity, Bright Foods, is working to assemble a variety of companies and brands under its roof, while the privately owned New Hope Group, an animal feed company, has established joint ventures with Australian and New Zealand to meet the demand for animal protein in China.

But despite this push, they are facing a number of barriers in this space because of differences in legal systems and governance, cultures and values — as well as negative perceptions of Chinese companies internationally.

The report states that the scale of China’s outbound agricultural investments “appears to be less than is often portrayed in global news media.” Still, it is growing rapidly.

Limitations to the study

The USDA report highlights the barriers that exist in understanding China’s focus role in developing countries and what their aid program achieves. It draws its information from secondary sources within China, including speeches, reports, and news media — a methodology that clearly has limitations.

“There are differences between reported figures and reality,” Gooch said. “We specify in our report that we include Chinese acquisitions of agribusinesses that work in the processing and distribution of agricultural commodities as part of ‘going global’ in agriculture, and these ventures are not defined as agricultural overseas investments according to the Chinese government.”

For many researchers, the hope is that the newly established State International Development Cooperation Agency will provide greater transparency on China’s investments internationally, including agricultural investments in the developing world.

Could a U.S.–China trade war lead to a new wave of land grabs?