I write Human RightsChinese farms in Uganda Disappoint, with little to show after fanfare

Chinese farms in Uganda Disappoint, with little to show after fanfare

IN September 12, 2019 BY witnessradio.org 394 views Leave a comment
I write Human Rights land, livelihood and investment 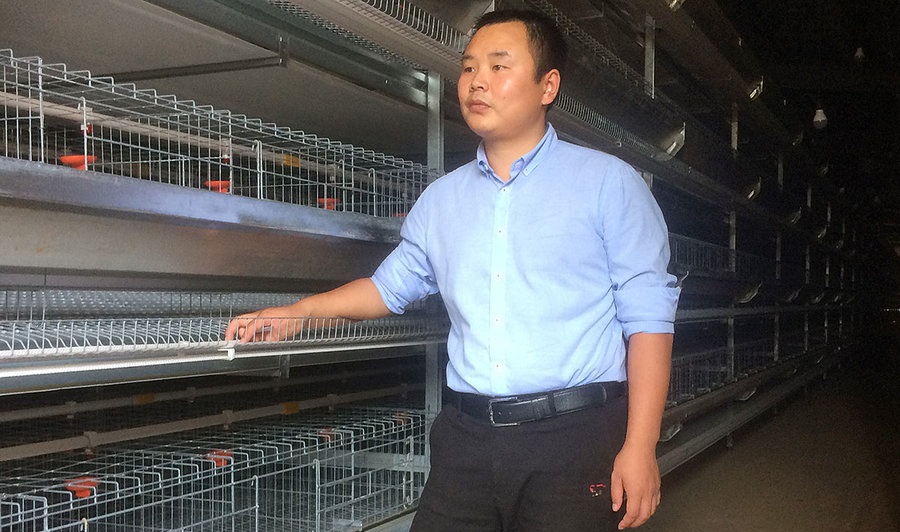 Chinese agricultural investments in Africa have sparked fierce controversy, excoriated as colonial plunder or hailed as productive and beneficial to local farmers. But the picture here in Luwero, Uganda, 50 miles north of the capital, is rather one of inaction and incompetence.

At the first commercial Chinese agricultural operation in Uganda, the land lies idle and overgrown. First came mushrooms, then fish, pigs, and grains – all tried on soil that the owners found ill-suited to their attempts. At a different 600-acre farm, a promised 25,000 jobs have yielded about a hundred, and the handling of the wetlands has made it nearly impossible for locals to graze their livestock.

There is a false impression that Chinese companies control huge tracts of African land to grow crops to feed Chinese consumers. But researchers have found no Chinese companies exporting rice or other cereals back home. Yet there is also no way of telling how many businesses Chinese farmers have here because the government does not keep accurate records, says Josh Maiyo, an expert in Chinese-Ugandan relations.

“So-called Chinese investors … bandy around these huge figures and African leaders are very happy to hear them,” says Dr. Maiyo. “Africa is seen as the Wild West in China.”

The first Abel Mukalazi knew of the land grab was when he saw workers erecting a barbed wire fence around the pasture where his family had grazed their cattle for half a century.

He went to the police. They told him that a Chinese company, Kehong Group, had secured a lease on the land, pledging to build a giant rice farm employing 25,000 people.

Three years later, Mr. Mukalazi looks out over the barbed wire at empty fields of rough grass stretching across the valley – not a blade of rice in sight – where the wetlands used to be. “They are doing nothing with that land,” he snorts. “Just messing us up.”

Rising Chinese agricultural investments in Africa have sparked fierce international controversy, excoriated by critics as colonial plunder and hailed in Beijing as productive and beneficial to local farmers. The view from Luwero, 50 miles north of the Ugandan capital, Kampala, suggests that neither version is accurate. The picture here, at two different Chinese-owned farms, is rather one of inaction and incompetence.

Such disappointing results are “not unusual at all” among Chinese agricultural investments in Uganda, says Josh Maiyo, an expert in Chinese-Ugandan relations at the University of Radboud in Nijmegen, Netherlands. “Very often they do not pan out” as promised, he adds.

When President Yoweri Museveni came here in 2016 to inaugurate the China-Uganda Agricultural Industrial Park, managed by Kehong, he lauded the project as “an important instrument of transforming the economy. What was forest is going to turn into a city.”

There is little evidence yet of such huge investment. Today the farm employs just 100 Ugandan laborers, Kehong finance manager Liu Jianghua says in an interview in his office, situated in the only habitable building yet constructed – a low three-sided structure around a sparsely planted courtyard that houses 10 Chinese employees and a canteen serving them Chinese food.

A dozen of those labourers could be seen on a recent visit to the farm, tilling a field in preparation for maize planting. There was no sign of the promised “agricultural mechanization.” They were wielding simple hoes.

Kehong has a 99-year lease on 600 acres of wetland but has planted only six acres of rice in each of the four growing seasons since the company moved in, according to Mr. Liu. “It has been very dry” for the past two years, he says. “The rain has not been coming” heavily enough to flood the paddy fields and grow rice, as planned, for the local market.

Local agricultural officials say the rains have been sufficient for local farmers to grow their crops, and Kehong is preparing to grow maize on 300 acres of its land in order to feed the 100,000 egg-laying chickens that Mr. Liu says will arrive to supply the local market with 85,000 eggs a day.

Liu Jianghua is a finance manager for the company that leased 600 acres of wetland here about three years ago in Luwero district, Uganda, for farming and livestock production. On Aug. 17, 2019, he inspects the battery cages that are waiting for 100,000 chickens.

They will be housed in two long metal sheds, already fitted with battery cages imported from China. For the time being, however, the only poultry being raised are a few hundred broiler chicks in a ramshackle hut.

Legal, according to the court

Mr. Mukalazi challenged Kehong’s occupation of the wetland, but a local court ruled that his family’s lease had expired when – unbeknownst to him – a land broker secured the new 99-year lease and sold it on to Kehong.

Mr. Mukalazi is especially angry because irrigation earthworks that Kehong has carried out, including the excavation of a large trench, have drained the swamp on adjacent land that he owns, making it impossible to water his cattle in the dry season.

“Now the wetland water drains first into their dam,” he complains, standing beside a small pond, its surface dotted with lily pads, which is the only water source on his land. “This pond is less than half the size it used to be.”

Mr. Liu, Kehong’s financial manager, says his company has installed a tap and basin just inside its fence so as to allow neighbouring farmers access to water. But the single tap can be reached only by ducking under barbed wire – impossible for cows – and the water has to be carried in jerrycans back to the animals. This is totally impractical, Mr. Mukalazi points out.

He is not the only one to suffer. On the other side of the Chinese-owned farm “the swamp doesn’t hold water anymore,” says James Wandira, who was head of the district council when Kehong occupied its land. “Grazing animals has become impossible; some people have had to move away and others graze [their cows] now on their small plots of land, which is not sufficient.”

And it is not only farmers who have lodged complaints. Last March a fiberboard factory downstream from the Lubenge wetland found that its well had run dry, according to James Kunobere, a district environmental officer who refused Kehong permission to expand its operations because the swamp “is a refuge for our farmers in the dry season.”

Similar accusations of wetland draining were levelled against Hanhe, another Chinese farm near Luwero and the first commercial Chinese agricultural operation in Uganda, which was set up in 2011.

Hanhe too was launched with much fanfare (President Museveni visited the farm in 2014 to lend his imprimatur) and Chinese government funding from the China Development Bank amid ambitious dreams of exporting mushrooms to China and the world. Later the owner, Qiu Lijun, and his wife, Zhou Lisha, tried farming fish; growing rice, maize, and millet; and raising pigs.

All their efforts, though, came to naught. Their fishponds, their crops, and their animals were washed away in repeated floods. Today the farm lies idle and overgrown, its buildings deserted, its agricultural machinery abandoned and rusting in the long grass, the silence broken only by an occasional bleat from one of the goats that two local villagers have installed in a disused pen.

The owners gave up in 2016, explains Ms. Zhou in a telephone interview. “We failed to make our money back,” she says. “The land is wetland and suffers from floods. We were not aware of that because we came to the place in the dry season when there was no water. But floods destroyed our crops and our gardens.

“Also the land abounds in clay, so it is hard to grow things in it. We struggled to fight with the land but the floods were a big problem,” Ms. Zhou says. “Sometimes we could not even get to the farm.”

She and her husband have not given up the land they leased, and are thinking about processing agricultural products rather than growing them, Ms. Zhou said. “But there is no prospect of the farm ever realizing the potential that [its owners] claimed for it,” points out Dr. Maiyo, who wrote his Ph.D. dissertation on Hanhe.

At the height of Hanhe farm’s activity its owners were cultivating only 70 of the 400 acres they had leased from the government. But Western accounts estimated their landholding at 100,000 acres – 250 times the real figure.

That put it in the ranks of what Deborah Brautigam, who heads the China-Africa Research Initiative (CARI) at Johns Hopkins University, has branded “zombie land-grabs” – non-existent or grossly exaggerated Chinese agricultural investments. It is not uncommon for Chinese firms themselves to be the source of such exaggerations, inflating the size of their landholdings to impress potential investors back home.

Such reports feed the false impression that Chinese companies are leasing or buying huge tracts of African land on which to grow crops to feed Chinese consumers. Although Sinochem, a Chinese state-owned firm, has leased 120,000 acres to develop a rubber plantation in Cameroon, researchers at CARI have found no Chinese companies exporting rice or other cereals back home.

Professor Brautigam’s research shows that, rather, Chinese farms in Africa serve local markets; China devotes 12% of its overseas agricultural investment to Africa but buys only 2% of its food from the continent, according to a recent USDA report based on official Chinese figures.

There is no way of telling how many businesses Chinese farmers have set up in Uganda, says Dr. Maiyo, because the government does not keep accurate records, but he believes they number in the double digits.

Most of them, says Zhou Hang, who teaches at the School of Oriental and African Studies in London and who also studies Chinese investments in Uganda, are small affairs.

They raise rice, Chinese vegetables, and chickens that they sell to Chinese restaurants and the canteens set up by Chinese enterprises in Uganda employing large numbers of Chinese nationals, such as telecom giant Huawei and road construction firms, he adds.

More ambitious projects are generally less successful, according to Mr. Zhou. “The majority of big Chinese agricultural projects in Africa have not lived up to expectations – neither the Chinese government’s hype nor the way the Western media portrays them,” he says.

Get the Monitor Stories you care about delivered to your inbox.

“Africa is seen as the Wild West in China,” says Dr Maiyo. “So-called Chinese investors … bandy around these huge figures and African leaders are very happy to hear them. They acquire large tracts of land for a song and then go back to China to secure investment,” but often the money does not materialize.

In Luwero, the result is disillusion. “These Chinese companies, they give the impression that the area will completely change,” says Brian Luwaga, a journalist in Luwero who has followed the impact of Chinese investment in the region. “But then you don’t see anything.”