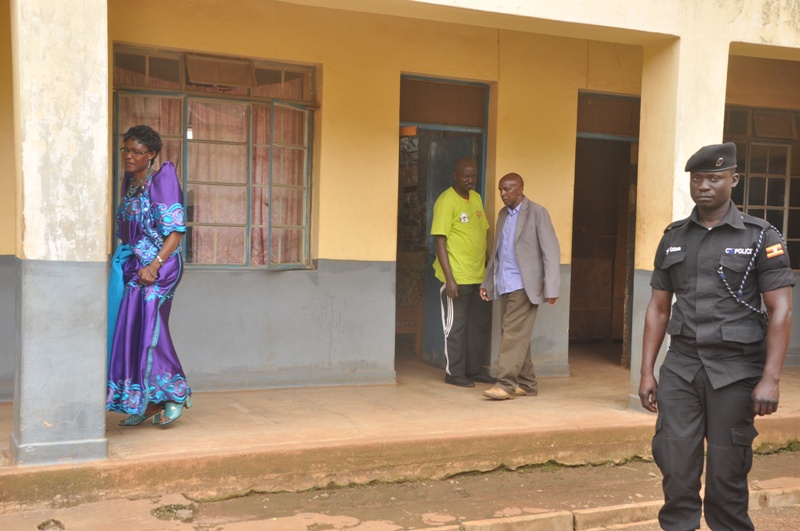 The State Minister for Kampala Benny Namugwanya has finally intervened in the ever increasing land grabs in Mubende district and ordered the police to arrest Steven Tumwine, the manager of a Chinese-tree planting FOMASA Quality Parts Ltd, one of the most outstanding notorious companies that have grabbed people’s square miles of land in this district.
Tumwine, was arrested and put in custody at Mubende Police Station for leading a team of goons who slashed the residents’ food crops and the minister vowed to go after proprietors of other notorious companies in the district.
The intervention of Namugwanya also the Mubende Woman MP follows repeated cries by land grabbing victims, narrating the range of strange atrocities against them including; demolition of houses and slashing of their plantations, physical cutting and imprisonments orchestrated by workers of the companies involved in the forceful grabs.
Namugwanya launched her fight against land grabbing from Madudu Sub-County on a seven-square mile land that is being used by Chinese to plant pine trees for commercial purposes.
To acquire this huge land, Chinese had to evict residents from four villages including; Nakasozi, Butoolo, Kyedickyo, and Kicucula, according to Edward Habyaremye, whose Madudu Sub-county chairperson.
Namugwanya said that she has “warned Formasa against terrorizing residents in form of slashing their food crops and demolition of houses in vain.”
“It is because of FOMASA’s behaviors that Mubende district has experienced the calamity of hunger, but it hurts to see that these companies always continue to slash residents’ food crops and we cannot allow this to go on anymore,” said Namugwanya.