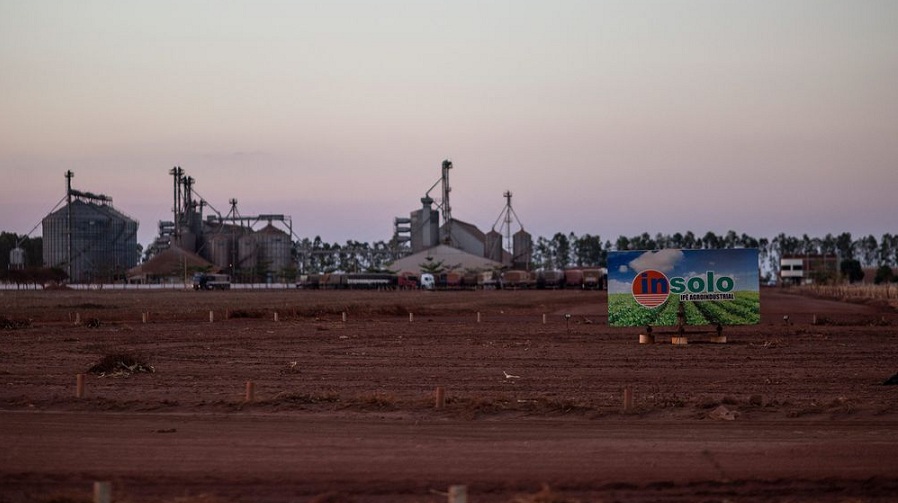 The university’s holdings in developing markets have proved to be more trouble than they’re worth.

Fourteen years ago, a Brazilian farmer named Ruthardo Grun says he was terrorized by armed thugs who shot at him, burned down his shack, and chased him from land he was preparing to farm. Little did he know his battle to get the property back would end up pitting him against a company controlled by the world’s richest school: Harvard University.

The university’s endowment invested in the Brazilian company years after the events Grun describes. But a lawsuit Grun and five other farmers filed is just one of the long-running property conflicts Harvard inherited when it bet big on Brazilian agriculture almost a decade ago, accumulating vast tracts on the country’s impoverished northeastern frontier. The ongoing disputes include charges of so called land grabbing—the falsification of property titles and displacement of villagers—by companies Harvard later invested in. “I’d like to leave a piece of land to my four children, but I don’t know if it will be possible,” Grun says.
The South American mess shows the legal, financial, and reputational risks that Harvard faces because of its strategy of buying directly into developing markets. Most college endowments hire outside fund managers to spearhead such investments. Harvard Management Co., which oversees the university’s $37 billion endowment, instead bought properties through business partnerships that it formed with locals and controlled.

Over a decade, Harvard invested at least $1 billion in farmland, according to a just-released reportfrom the activist groups GRAIN, based in Barcelona, and the Network for Social Justice and Human Rights, based in Sao Paulo. The organizations came up with their estimate after a year-long investigation of tax returns and local property records, as well as on-the-ground interviews. Harvard’s holdings included vineyards in California, dairy farms in New Zealand, and operations producing cotton, soybeans, and sugar cane in countries such as Brazil, South Africa, Australia, Russia, and Ukraine, and totaled 854,000 hectares, though some assets have been sold.

In response to questions about its farmland holdings, Harvard says it considers the environmental and social implication of its endowment investments. The university said in a statement that it has “instituted a more proactive approach to working with managers of new and remaining assets—a partnership that provides more oversight and ensures that we can leave the land and community better than when we first invested.”

Narv Narvekar, the endowment’s chief executive officer hired from Columbia University in 2016 to overhaul operations, has retreated from direct investing. He’s spun out teams of managers overseeing assets from real estate to hedge funds, sending them to start their own businesses while investing with them. Yet Narvekar is still trying to hammer out the future of the troubled natural resources portfolio, even as he sells some investments, including the New Zealand dairy farm and a eucalyptus plantation in Uruguay.

Now, as a new school year begins, Harvard’s far-flung farmlands are facing criticism for, among other things, their impact on ancient burial grounds and impoverished populations. “Harvard’s farmland deals should be a cautionary tale for institutional investors,’’ writes Devlin Kuyek, a researcher at GRAIN, whose mission is to support small farmers and social movements in poorer countries.

Students, alumni, and environmentalists are targeting U.S. university endowments, saying their investing practices are often out of synch with schools’ professed values. These critics have pushed colleges to jettison stock in fossil fuel companies, private prisons, and companies that do business with Israel. Yale University’s investments in New Hampshire’s Great North Woods have drawn the school into disputes over clear-cutting and the development of a power line.

Harvard initially made hefty profits on its land investments, including by buying and selling New Zealand timberlands in the 2000s. But returns fell as emerging markets faltered, and much of the team spearheading the strategy left the endowment in 2015. Last year, Harvard wrote down its natural resources portfolio, which includes timber as well as farmland, by $1.1 billion, to $2.9 billion. Over the decade ended June 30, 2017, Harvard’s investment portfolio returned 4.4 percent a year, among the worst of its peers. In Brazil, in particular, the endowment’s holdings suffered from the country’s recent economic meltdown and political turmoil.

The report, titled “Harvard’s Billion-Dollar Farmland Fiasco,” shows why such investments are so risky. It highlights property Harvard bought in Australia through a company called Wealthcheck Funds Management. According to a government inquiry, the company harmed an Aboriginal burial site when it dug irrigation canals for a cotton farm. It also details conflicts between RussellStone Group, which managed the endowment’s farms in South Africa, and black families that were granted rights to some sites to graze cattle and access burial sites. Neither company returned calls or emails seeking comment.

But Brazil may be the most contentious of Harvard’s overseas adventures. A public prosecutor’s office in the northeastern state of Bahia, for instance, has said that it may sue to reclaim some of the 140,000-hectare farm owned by Harvard-backed Caracol Agropecuaria after finding that titles for about two-thirds of the property are invalid. In its most recent tax filing, Harvard valued its interest in Caracol at $87 million. Elsewhere in Bahia, villagers have protested the property titles of a farm that was in part sold to Harvard-backed Gordian Bioenergy, according to the report. The endowment has been seeking to end its relationship with Gordian, which is developing farms to produce both crops and energy, though it still controls assets it acquired through the company.

In the neighboring state of Piaui, a Harvard-controlled company called Sorotivo Agropecuaria has been battling with Grun and five other plaintiffs who say they lost their land in 2004. Earlier this year a judge dismissed the lawsuit and said Sorotivo could acquire a new title from the state for the 27,000-hectare farm it controls. However, in his decision he said that both the plaintiffs and Sorotivo practiced land-grabbing on title acquisitions. Accusations of land grabbing, which can date back decades, became epidemic as Brazil’s farm belt expanded and were often linked to speculators falsifying titles in order to steal and sell public property used by subsistence farmers.

The judge, Heliomar Rios Ferreira, says that the state agency from which the plaintiffs said they got their titles didn’t have any records of the grants. He also says Sorotivo improperly extended a boundary of its vast farm, though this was in an area unrelated to the lawsuit.

The plaintiffs’ lawyer says their property titles are legitimate and that they will appeal. Harvard controls Sorotivo through a Brazilian farming company called Insolo Agroindustrial, which didn’t return calls and emails seeking comment. A spokesman for Harvard declined to comment on the litigation.

While Grun relocated, people who for generations have made their home in the region known as the Cerrado are living with the consequences of the dispute. Eurotides Paulo da Silva resides in a village below Insolo’s vast farm, which stretches on for miles and miles and evokes a moonscape when it’s between harvest and seasonal plantings. His son works on the farm. But locals, who hunted and collected honey and medicinal plants on the plateaus, say their way of life has been hemmed in over the last decade with the arrival of industrial farms.

Silva produces a document dated from 1991 that he says shows his grandfather also owned land on the plateau. His cousin, Alberto Pereira da Silva, makes a similar claim, saying they never challenged the loss of the properties because they felt intimidated. Says the cousin: “We feel like we are trapped without a way out.” —With Lianne Milton