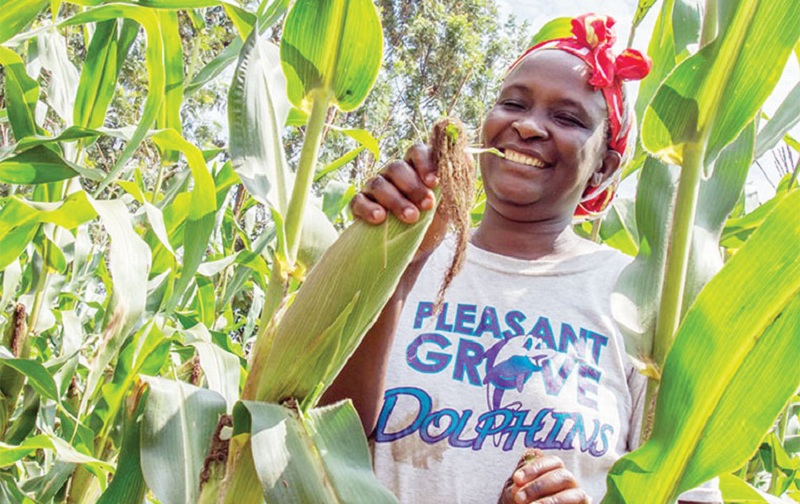 Agriculture might be finally catching financiers’ eye, with money disbursed to farmers topping all other sectors in January, according to official figures released from the ministry of Finance and Economic Development.

Agriculture received 28% (Shs 283bn) of all loans disbursed in January up from Shs 113bn in December 2018. Trade came closely second with Shs 183bn in loans in January. Personal and household loans segment received Shs 139bn. This is one of the rarest reporting, where the sector regarded riskiest by most funders, is topping other sectors in receiving money.

Access to finance has been one of the biggest challenges to farmers. Does this mean banks are finally confident about lending money to farmers and the sector in general?

A Bank of Uganda February 2019 Monetary Policy Report (MPR) shows that agriculture still received the most expensive money than any other sector, an indicator that funders still look at the sector with skepticism.

The Finance report, assessing the economy’s performance in February does not indicate exactly where the money went in the agriculture sector. It is likely that much of the money went to the value addition segment of the sector and not to the actual farmer, according to one analyst.

Dr Mbowa said there have been efforts to encourage banks to lend to agriculture and also government push to increase production in the sector is getting noticed by funders.

“If you look at institutions like aBi Trust, they have tried to de-risk farmers to enable banks to lend to them more,” he said.

aBi Trust, founded by the governments of Denmark and Uganda to support agribusiness funding, encourages banks to offer loans to agricultural enterprises – small-scale farming and to micro agribusinesses – by offering to pay part of the money risk in case there is a default.

It avails money to partnering financial institutions, which in turn they lend to farmers. In its 2018 report, aBi Trust says through partner banks in 2017, some 38,671 new agribusiness loans were disbursed against the annual target of 20,000 such loans. Forty-five per cent of these loans were made to agribusinesses owned and operated by women.

But still, aBi Trust noted: “The uptake of agricultural credit remained relatively low. This was due to a cautious stance towards agricultural lending by most [banks].”

In February, Dr Louis Kasekende, the Bank of Uganda deputy governor told reporters that it was true loans to agriculture were increasing, adding that the Agriculture Credit Facility (ACF), administered at the central bank, was partly responsible.

Commercial banks and government pull funds together through the ACF, which enables the former to lend to agriculture-related enterprises at a 12% interest rate.

Even with these initiatives, the set-up of the sector shows there is still a long way to go for financiers to trust farmers with their money. Kasekende argued recently that the fact that agriculture in Uganda is dominated by smallholder farmers, of whom two-thirds are engaged in subsistence agriculture, it remains risky and a turnoff to many would-be funders.

“Smallholder farmers face a raft of constraints to modernizing their farming, of which lack of financing is not necessarily the most important. Most smallholders produce a very little surplus, beyond their own needs for consumption, which can be marketed,” Kasekende said in a recent address.

He added that vulnerability of agriculture to the weather, pests and other hazards, means that surpluses cannot be produced with any degree of reliability. About three-quarters of the population is engaged in agriculture and it accounts for 24.9% of GDP and 46% of the country’s export earnings.