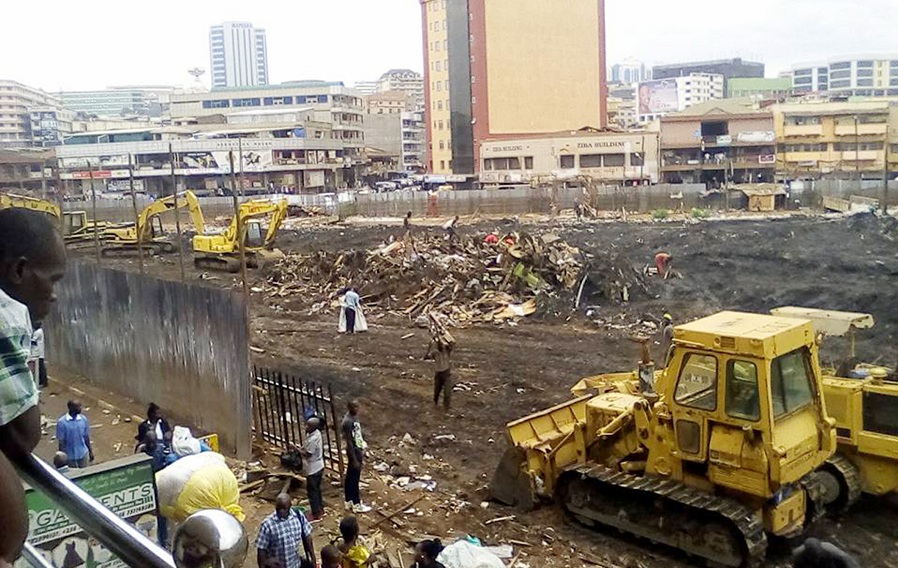 A case in which over 10,000 traders lost merchandise worth billions of Uganda shillings in an arbitrary and violent eviction at Nakivubo Park-yard Market has been scheduled for hearing at the High Court’s civil division in Kampala on march,26,2019.

The case stems from a February 27, 2017, move by city tycoon, Hamis Kiggundu, the proprietor of Ham Enterprises (U) Ltd who forcefully evicted vendors with the full backing of state machinery. The operation which was launched by a combination of regular police and their anti-riot counterparts, in the wee hours of the morning, saw thousands of vendors displaced, with majority left uncertain of the next step and how they could fend for themselves.

The traders insist that demolition was illegal in as far as it was carried without consulting them, no notice to vacate and without a shadow of a doubt, there was no plan for relocation by either Kampala Capital Authority (KCCA) or Kiggundu. Kiggundu has since become the center of this conflict since he took over from Park Yard market to ostensibly create parking space for the newly-redeveloped stadium- Nakivubo.

Court documents show that initially, Kiggundu’s Ham Enterprises did not bid to redevelop the stadium. The stadium board had even awarded the redevelopment deal to Futureland Uganda Limited and Bestin Limited, which had responded to the bid.

But in a strange twist of events, the board changed its mind and awarded Ham Enterprises the deal. The operation which was punctuated by gross violence and callousness was reportedly okayed by Kampala minister Beti Kamya even without the authorization of the Kampala Capital City Authority (KCCA).

After a two year long wait, court now has fixed 26 of this month as day the first hearing will take place in the case that will see the urban poor take not only the establishment but also a man of means, Kiggundu.

The case has been earmarked by land rights advocates as ‘a test case’ that will either officially leave the urban poor landless or set a precedent that will protect their rights and future in country whose economy is in shambles.

According to court documents the former traders through Tuhimbise & Company Advocates in their suit attached Kiggundu, Ham Enterprises (U) limited, and the Attorney General as the respondents and they are seeking Shs 3 billion in damages.

In the bid to see that the urban poor get justice quickly, the case had gone through a mediation process, but once that route failed owing to the parties’ failure to reach a compromise, the case now has to be resolved by Justice Lydia Mugambe Ssali.