special investigative programmeland, livelihood and investmentUN approves a Declaration on protection of rights of peasants

UN approves a Declaration on protection of rights of peasants

IN November 23, 2018 BY witnessradio.org 756 views Leave a comment
land, livelihood and investment Livelihood 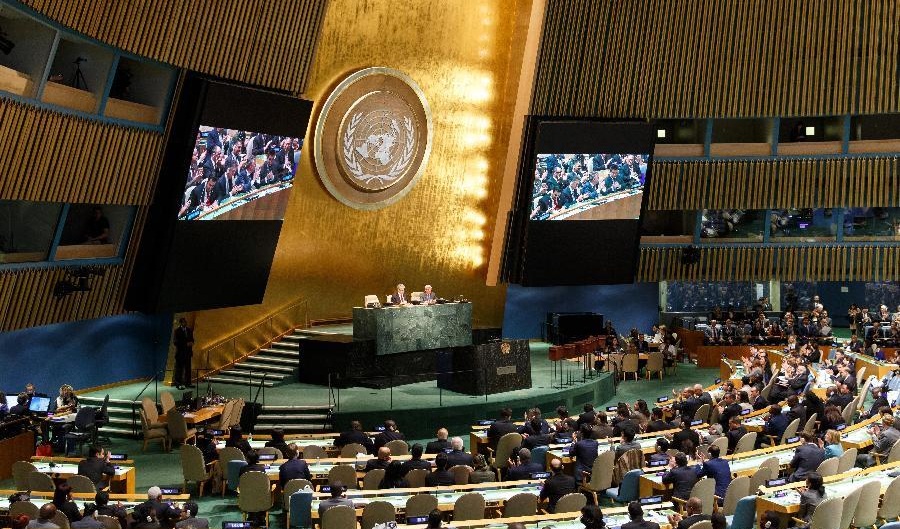 The Third Committee (Social, Humanitarian and Cultural) of the UN General Assembly has voted in favour of the UN Declaration on the rights of peasants and other people working in rural areas, through the Resolution no. A/C.3/73/L.30. This follows its adoption at the UN Human Rights Council in Geneva late last September.

The UN Declaration aims to better protect the rights of all rural populations including peasants, fisher folks, nomads, agricultural workers and indigenous peoples and to improve living conditions, as well as to strengthen food sovereignty, the fight against climate change and the conservation of biodiversity.

The resolution was approved by 119 votes in favour, 7 votes against and 49 abstentions. However, Ugand whose majority population is rural based and surviving on subsistence farming did not support the resolution.

The campaign for the resolution has been led by La Via Campesina, the world’s largest peasant movement supported by many organizations across the world.

The endorsement of the UN Declaration constitutes an important contribution to the international community’s effort to promote family farming and peasant agriculture. Bolivia, the chair of the process, stressed the importance of the UN Declaration in realizing more resilient, sustainable and inclusive societies:

Expected to be ratified by the UN General Assembly in December 2018, the Declaration is a major step towards public policies that recognize not only the rights and needs of peasants but also their contributions to the well-being and quality of life of the societies through eradicating hunger and poverty, in line with Agenda 2030 for sustainable development and strengthen family farming.

“In this historic moment, in which financial capital and corporations are deepening their offensive to monopolize food and concentrate land and natural goods, at the cost of our lives, the adoption of the Declaration of Peasant Rights in the Third Committee of the UN General Assembly is a strategic victory, not only for peasants but for the peoples of the world as a whole. We will continue on this long path of struggle and unity, for rights and social justice, convinced that full democracy is only possible through Agrarian Reform, the social function of land and the full enjoyment of the rights of peasants”, said Diego Monton La Via Campesina (CLOC)

The Declaration acknowledges the prominent role that peasants play in solving multiple crises facing the world today from food, environmental, social and economic.

“Peasants are essential to food security and sovereignty and the realization of the right to food, particularly in developing countries where they provide up to 80% of the food locally consumed” reads part of a statement from La Via Campesina