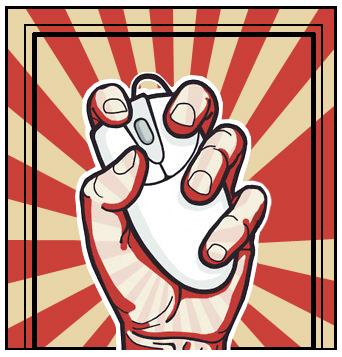 Ugandan internet activist Swaibu Nsamba Gwogyolonga has through his attorney Martin Masiga of Rwakafuzi &Co. Advocates, insisted on having both section 2 of the computer misuse act and section 179 of the penal code act referred to constitutional court for interpretation.

During his submission before Gladys Kamasanyu, Buganda Road Court magistrate, counsel Masiga argued that the charges against Nsamba are inconsistent with the right to freedom of expression as enshrined under article 43 (2) (C) of the 1995 constitution as amended.

Nsamba is battling two counts of offensive communication and liable contrary to section 2 of the computer misuse act and section 179 of the penal code act.

However, prosecution attorney asked court to allow him more time to scrutinize the evidence adduced by Nsamba’s defence team thus propelling the presiding magistrate to adjourn the case to April 4 2017, when state would be making its response on the same.

The Unwanted Witness-UgandaI find the word “online” to be really wide, may be social media, talking
about Internet freedom is fine because it is what UW stands for.