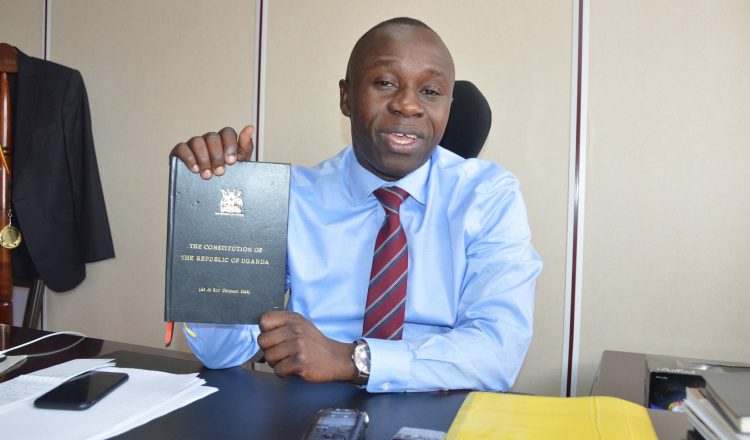 It’s more than a month since Government through Mwesigwa Rukutana, the Deputy Attorney General tabled a Constitutional (Amendment) Bill 2017 in parliament on July 2017 in which it sought to amend article 26 of the Constitution to allow State compulsorily acquire Land for infrastructural development.

This bill however, solicited controversy amongst MPs themselves from across the political divide and thus rejected by various stakeholders ranging from local citizens, religious institutions, cultural institutions, Civil Society, among others.

The bill’s critiques accused government of harboring a hidden agenda of legitimizing the existing land grabs because the existing law gives government leeway to acquire land for its projects aimed at benefiting the public.

On sensing that the bill whose main protagonist is Betty Amongi, the Lands Minister, had turned into a political hot potato that was headed for a defeat in Parliament, the president and NRM MPs used their August 16, 2017 caucus meeting at Entebbe State House to agree that it should be withdrawn.

“During the caucus [meeting], we agreed with the president to withdraw this land Amendment Bill and rather look into other existing laws to assist Government [to] carry out its programs without delays,” Peter Ogwang (pictured), Usuk MP and a Parliamentary Commissioner posted on his face book page Thursday.

He explicitly reveals that the caucus advised government to emend other laws, the Land Acquisition Act in particular, to “enable government implement its projects which are intended to benefit all Ugandans.”

It was also agreed that even after the amendment of the Land Acquisition Act, Government would only allowed to acquire land for selected projects such as Electricity, Roads, Railway and Airport, but strictly upon making prompt payment of fair and adequate compensation and incase the land owner is not satisfied then he/she should go to court which must be time bound.

On his behalf, Ogwang said that “whereas we are not opposed to government projects, locals who are bosses should be handled with care because article 237 of the Constitution of Uganda clearly stipulates that Land in Uganda belongs to the citizens of Uganda.”

More so, Ogwang observed that there were no justifiable reasons that necessitated the Land Amendment bill, because article 26 already empowers government to acquire any land prior prompt and adequate compensation.

The caucus agreed to put up a ten-member committee chaired by Edward Ssekandi, the Vice President to propose ways of handling government compensation issues and expediting government projects without necessarily amending article 26 of the Constitution.

This committee will also ensure that locals or land owners are not subjected to unjust policies and to ensure that all the above is fulfilled.