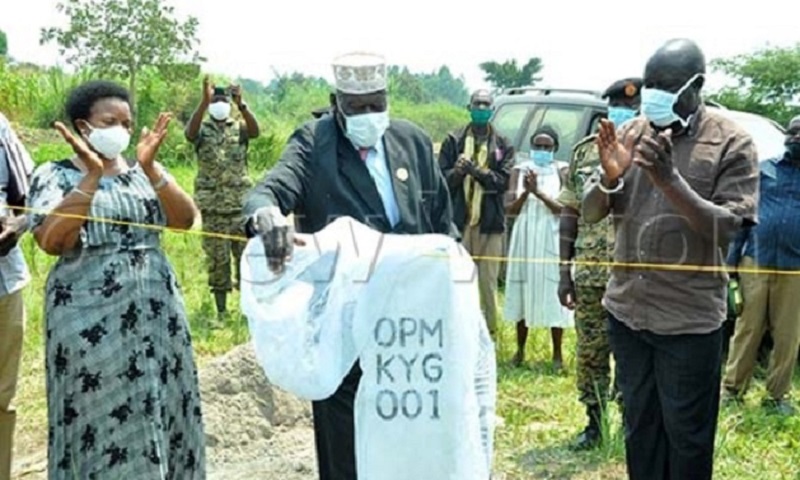 The exercise will include verification of names of encroachers, plot demarcation, allocation of plots and litigation in case of complaints and the beneficiaries will get between 2.5 and 5 acres of land.

Government has allocated land to over 1,800 households in Kyangwali Sub-county, Kikuubo district to end a protracted dispute between government and the locals.

The resettlement exercise is in accordance with the January 2016 verification report that recommended resettlement of approximately 10,000 Ugandans who had encroached on Kyangwali refugee land.

He made the remarks while re-launching the resettlement exercise of affected people in Kyangwali Refugee Settlement in Kikuube district over the weekend.

Ali said it has taken government two years to have all issues resolved in regard to ownership of this land which comprised of Kyangwali refugee settlement.

“The delays caused by a few individuals among you for selfish interest, majority of affected people have continued to suffer with no solution to the problem of landlessness until today,” Ali said.

He blamed the affected people most especially their leaders for continuing to tell lies about this refugee settlement land while they knew the truth about it.

“We gave you enough time to test the bitter pill of surviving on lies and hopefully now you are reformed and ready to cooperate with government to find a lasting solution to this landlessness problem once and for all,” Ali said.

He said as the affected people, they should appreciate that the more you prolong this activity of allocating land, the more expensive you make it for government to solve the problem, adding that they should have realized that they are the end losers in this matter.

Ali explained that once government concludes the resettlement exercise, communities shall be supported with investments in building three primary schools.

He called upon the technical team managing the exercise to ensure professionalism in handling the resettlement exercise.

“Ministry of Lands, we have trust in your technical expertise please do not let us down. This exercise must be concluded be concluded this time in order to liberate our people from servitude,” Ali said.

It will also construct one secondary school, health centre, water for domestic consumption and production including farm implements.

State Minister for Relief and Disaster Preparedness, Musa Ecweru, explained that during this phase of resettlement, some funds were earmarked for opening and grading 31km of community roads. He said procurement processes for the particular investment that is in final stage.

State Minister for Lands Percis Namuganza, extended government appreciation to Bunyoro Kitara Kingdom and the people of Bunyoro in general regarding the humanitarian act of giving this land for settling people in distress such as refugees.

“As you can now witness part of the land is being parceled out for Ugandans in the same distressful conditions,”Namuganza said.

She called upon the leadership of Kikuube district to take advantage of this government gesture and support people to rebuild their lives.

The exercise will include verification of names of encroachers, plot demarcation, allocation of plots and litigation in case of complaints. The beneficiaries will get between 2.5 and 5 acres of land.

Charles Bafaki, the Principle Resettlement Officer at the Office of the Prime Minister asked the enforcement agencies to ensure that law and order prevails.

GOD’s Temples are now a target by Uganda’s businessmen