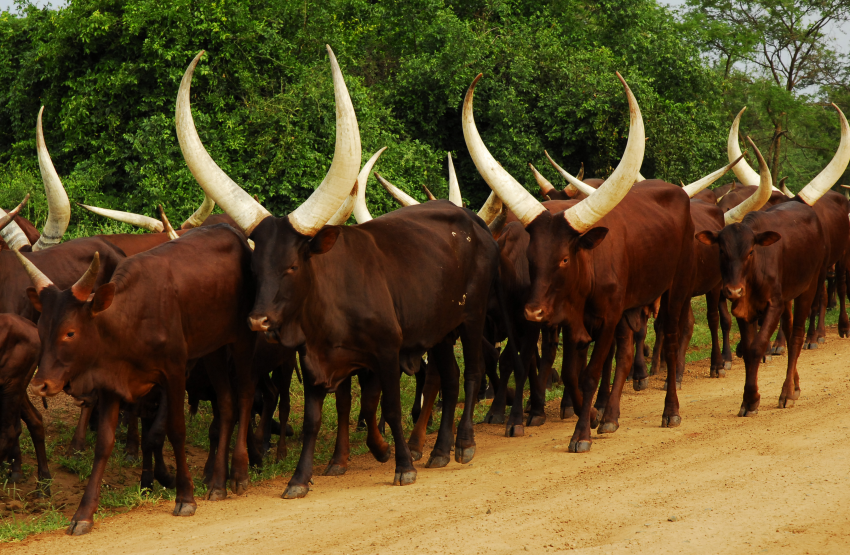 Hundreds of pastoralists around the cattle corridor, whose livelihood is mainly from the sale of animals, are feeling the squeeze as a result of Covid-19 and foot-and-mouth disease (FMD) quarantine that has made it impossible for them to sell animals.
The cattle corridor districts in Uganda sit in Lango, Ankole, Karamoja, Teso, Luweero sub-regions.

In Karamoja, cattle is the source of all livelihood during times of grain shortage. The proceeds from animal sales enable pastoralists secure grains but this has been limited during the lockdown as law enforcers tighten their grip against movement of animals and operation of markets.
Mr Mark Abuko, the Kaabong District chairperson, for told Daily Monitor that pastoralists in his district are struggling with the double tragedy of livestock quarantine and Covid-19 pandemic guidelines as they cannot sell in open markets.

“I belief the most disadvantaged people in this era of Covid-19 have been pastoralists in areas of Karamoja, where livestock quarantine has affected pastoralists. Before we could cope with effects of foot-and-mouth disease, another human disease struck,” he says.
Mr Abuko says the pastoralists have had to rely on relief from the World Food Programme (WFP), adding that these rations are not proportionate to the food needs of families.
“I thank WFP, but during normal days, such food ration would be supplemented with other grains bought using proceeds from animal sale. It is not the case now,” the Kaabong District chairperson says.

Illegal markets
A clan elder in Kotido Sub-county, Mr Joel Lomongin, says some unscrupulous pastoralists have been prompted to set up illegal markets, which has increased tension in Karamoja, adding that stolen animals are always sold in these markets that are unknown to the district authorities.
He adds that this has left the community at crossroads of both veterinary and law enforcement officers.

Mr John Dengel, a pastoralist in Nadunget, Moroto District, says ever since the quarantine caused by the foot and mouth disease was imposed, vaccination exercises have not been done.
Mr Fredrick Eladu, the Kaabong District Veterinary Officer, told Daily Monitor that vaccination was completed a week ago, adding that as veterinary officer, all they are waiting for are officers from the diagnostic department from Entebbe to carry out zero surveillance.
Mr Eladu adds that even though the quarantine gets lifted, the other hurdle standing in the way of pastoralists will be the closed markets.
“For the time we have been in this double quarantine, pastoralists have been selling chicken, charcoal,” he says.

Mr Eladu says a great deal of livelihood among pastoralists has been lost, adding that the outcome in the next few weeks from the diagnostic team at Entebbe will inform when FMD will be lifted by the commissioner-in-charge of animal health.
He adds that FMD is a contagious viral disease, which affects animals which have divided hooves, and severely affects production of livestock.
Mr Robert Kennedy Okuda, the production officer in Kotido, says the ministry delivered limited vaccines to the tune of only 10,000 doses against 5,578,000 head of cattle in Kotido alone.
“It means we only vaccinated 0.5 per cent of animals in the entire Kotido,” he adds.
Mr Okuda says because of delayed vaccination, pastoralists in protest started setting up illegal cattle markets, which law enforcement officers have clamped down, and animals sold in such settings have been confiscated and sold locally upon our advice as technical officers.

In Kazo District, there are seven monthly cattle markets, some operating once a month and others twice, each giving the district Shs8 million every financial year which translates into Shs56 million.
Livestock and general merchandise markets have been closed for five months now, which has rendered the district short of money.
“Local revenue finances 14 per cent of the district budget; this means we have to adjust the budget because there is no compensation. Trading licence collections are very low; shops and other businesses in trading centres have been closed,” Mr Laban Kanyohora, the Kazo interim vice chairperson, said on Monday.

He added: “We hope the central government will find a way of covering this shortfall. It should consider giving us money to compensate for the revenue we have lost.”
The chairperson of Butuku Cattle Marketing Cooperative Society in Ntoroko District, Mr Charles Kasoro, says the situation is very difficult for them because selling cattle is their only income generating activity. He adds that cattle markets are vital for their survival.

“We do not dig, so if we cannot sell our cattle, we cannot get food,” Mr Kasoro says.
“We have been selling our cows to the neighbouring districts of Bundibugyo and Kabarole and in return, they also sell us food; but now we are stuck,” he says.
He adds that although there is food in the market, they have no money to buy it.
Mr Kasoro wants the President to consider opening cattle markets to allow Ntoroko people to resume their earnings.
“We can manage separating food and cattle if the President considers reopening our markets. We are ready to adhere to all measures,” Mr Kasoro says.

Protests
In Sembabule, quarantine has been in force since August 7, 2019.
This forced Lwemiyaga County legislator Theodore Ssekikubo to mobilise farmers to defy quarantine restrictions and this led to his arrest in January.
But a July 7 letter by the commissioner of Animal Health, Ms Anna Rose Ademun, lifted quarantine restrictions which brought excitement among livestock farmers in the affected sub-counties of Mitima and Lugusulu.

“The purpose of this communication is, therefore to inform you that the quarantine restrictions imposed on have been lifted,” Ms Ademun’s letter reads in part.
Although the quarantine was lifted, farmers still cannot sell their animals since cattle markets are closed as one of the measures to curb spread of coronavirus.
Mr Ezekiel Gumisiriza, a cattle farmer in Kabukongote Village, Malongo Sub-county in Sembabule District, says due to coronavirus restrictions middlemen are taking advantage of farmers.

Mr Robert Kanyete, the chairperson of Nyekundiri Farmers Association in Kyalulangira Sub-county, Rakai District, said the lock down has greatly affected farmers since cattle dealers no longer come.
“Cattle dealers come from Kampala, Masaka and other urban areas, but since Rakai District is among border districts and public transport is still restricted, farmers have no one to buy,” he said
In Lyantonde, Mr Fred Muhangi, the district chairperson, said although the quarantine has been lifted in the area, farmers still have to wait for the government to reopen cattle markets.

“People are free to sell their animals from the farms provided they can observe social distancing,” he said.
In Nakasongola, Mr Sam Kigula, the district chairperson, says the unending quarantine status that covers 80 per cent of the district continues to cripple the different development and service delivery sectors that depend on the local revenue resource envelope from the livestock industry.

“Nakasongola was hit hard. We had anticipated that the sub-counties of Nabiswera, Wabinyonyonyi and Nakitoma could have a partial lifting of the cattle quarantine but it has not been possible,” he adds.
The district local revenue resource envelope has dropped to the lowest in the past three years.
“We now post an estimated Shs150m unlike the years before the cattle quarantine when the district registered Shs400m,” Mr Kigula told the Daily Monitor.

Vaccination
Authorities respond. Dr Robert Ojala, the regional veterinary inspector for Teso and Karamoja sub-regions, says the country has done vaccination, saying some of this vaccination was selectively done in areas with pronounced Foot and mouth disease.
He admits that in Kotido, the vaccine delivered was not commiserate to the numbers, and it is the reason that selective vaccination was carried out.
“For the case of Katakwi, Karamoja, a team of doctors from the diagnostic department from Entebbe are expected to carry out tests this week for zero surveillance, and when the tests come out negative, the commissioner in charge animal health will lift the quarantine,” Mr Ojala says.
He adds that although this lifting is anticipated, he is not sure how cattle keepers will sell their animals because the Covid-19 strain lives on.
Mr Ojala says he understands the anxiety among pastoralists and businessmen dealing in cattle, but they will have to wait a little longer to sell their products.