IN October 12, 2020 BY witnessradio.org 262 views Leave a comment
Tech Technology 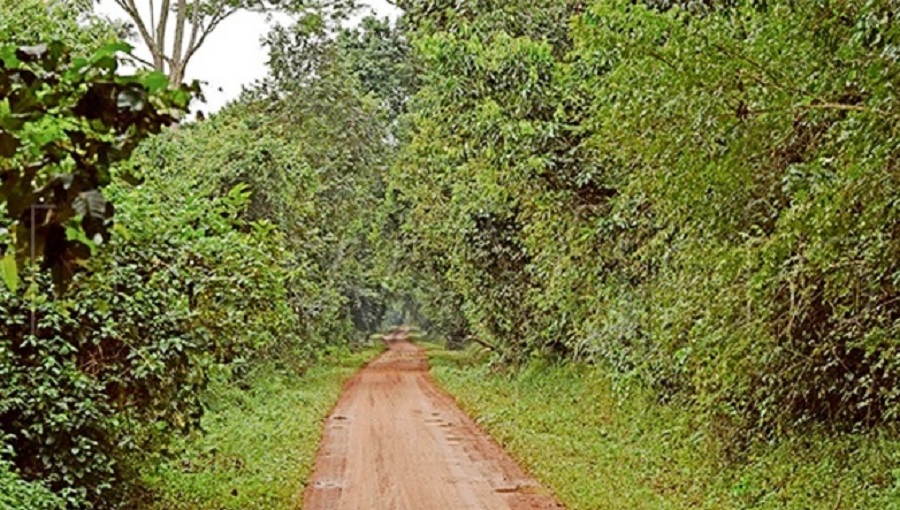 The report also points out that 80% of Bugoma is tropical high forest and that the grasslands are sitting on hill tops, where there are frequent fires.

The Environment and Social Impact Assessment (ESIA) on the conversion of part of Bugoma forest reserve is flawed, regarding its methodology and lack of public consultation, according to a report by a US environment expert.

The report containing the critique of The Proposed Kyangwali Mixed Land Use was prepared by Dr Mark Chernaik and staff scientists under the US’ Environmental Law Alliance Worldwide (ELAW), which was contacted by the Africa Institute for Energy and Governance.

The Proposed Kyangwali Mixed Land Use is under Hoima Sugar Limited’s project to turn part of Bugoma forest into a sugar plantation.

“The species of plants and animals found in the proposed project area, contained in the ESIA, is far short of detail and is inadequate in comparison to international best practices,” Chernaik said.

He pointed out that the information about biodiversity of the project relied on the vegetation types of the area, described only in reference to a publication that was produced 56 years ago.

The report also points out that 80% of Bugoma is tropical high forest and that the grasslands are sitting on hill tops, where there are frequent fires.

“There are grasslands which tend to be on hilltops and ridges. They are frequently burnt by fire in dry seasons,” Chernaik stated.

Regarding the identity of birds and mammals within the project area, the US expert points out that the ESIA, cleared by the National Environment Management Authority (NEMA), relied on field studies. However, the duration and intensity of field studies fall far short of international best practices.

“First, a four-day or five-day period is inherently inadequate to characterise bird and mammal populations of a project area, considering the large seasonal variations in animal behaviour. For example, many bird species are migratory and inhabit an area for a limited duration,” the report stated.

He adds: “The surveys were conducted through reconnaissance walks along routes already existent in the forests, hereafter referred to as the transects. These traversed through five general areas of the forest section of interest, with transects ranging from two to seven kilometres or just a few 100 metres. The routes are those used by members of the local community to access parts of the forest or used by herdsmen for cattle to different grazing points.”

“The only major river is Nkuse (Nguse) flowing along the southern boundary of Bugoma CFR, towards Lake Albert. The Kyangwali ancestral land and Bugoma CFR are poorly provided with permanent streams since most of the small ones dry up in the dry season. The only one which carries a permanent flow is Rutowa. However, Hohwa and Rwemiseke, which used to be permanent, are now seasonal.”

Without such information, the correct impact of the project on the environment could not be arrived at.

The ESIA contains no information about the ecological functions of the proposed site in mitigating climate change. It also does not propose measures to enhance such functions for the purpose of ensuring long term adaptation to climate change.

The proposed project site is predominantly vegetated. As such, it mitigates the adverse impacts of climate change by taking up and storing carbon in above and below ground biomass. When cleared, such biomass results in carbon dioxide (CO2) emissions.

This failure of the ESIA is compounded by the problem that sugarcane plantations have adverse impacts on the climate as sources of greenhouse gas emissions.

The US expert’s report points out that “considering climate change is an existential threat to the environment and societies, without information required by the terms of reference, stakeholders and decisionmakers are unable to rationally decide whether the proposed project is acceptable from an environmental and social standpoint”.

“Knowing that this is a water-stressed area, with the existing population already having water supply issues, it is likely to bring about conflicts when an additional workforce in thousands comes to the area,” he adds.

“The proposed sugarcane plantation will be established on approximately 12-square-miles of the 22, while the remaining 10 acres will be under a natural reserve forest, planted forest, ecotourism, river and streams buffers and the planned urban centre,” Chernaik said.

Also, the Certificate of Approval of the ESIA seems to contain GPS co-ordinates of “natural forest cover for conservation and eco-tourism purposes” and “boundaries of the sugarcane plantation”.

Chernaik observed that the ESIA did not carry out a comprehensive evaluation of negative environmental and social impacts associated with project activities.

The document is inherently incapable of comprehensive evaluation of negative impacts to wildlife.

In fact, the evaluation of negative impacts to wildlife is confined to a single sentence in ESIA.

This reads: “Loss of habitats for wildlife is another negative attribute that will arise.”

Chernaik argued that it is unreasonable to consider that the information above is a comprehensive evaluation of the negative environmental impacts to wildlife by a project that would alter the landscape of 22 square miles, adjacent to the Bugoma Central Forest Reserve.

The information contains no assessment or analysis of how the project would disturb threatened and endangered species and other keystone species that are the foundation of the biodiversity of the area.

The environment expert criticised the ESIA for not providing detailed mitigation, environmental management and monitoring plans relating to identified environmental impact of the project.

The local workers and people awarded contracts will contribute to the economy through the appropriate payment of taxes and local expenditure, according to the ESIA.

However, Chernaik points out that this statement does not quantify the number of jobs that will be created as a result of the project, as required by the terms of reference.

This, according to him, is the essential information for stakeholders and decision-makers that is missing from the ESIA.

Chernaik also noted that there will be some difficulty in accessing forestry resources neighbouring the proposed site for the mixed land use project.

“Most of these resources are being obtained from the woodland section earmarked for cane growing, hence its development will lead to total inability to access them,” he stated.

In a related development, the Environmental Conservation Trust of Uganda (ECOTRUST), on behalf of a group of stakeholders, said the assessment has several defects and does meet the required considerations for an ESIA.

According to the ESIA, the study is based on the National Environment Management Act, 1995, which has been repealed and replaced.

This scenario implies that the report did not cover a large proportion of what is expected by Uganda’s environmental legislation on which the ESIA is anchored.

Notably, the report is lacking in critical aspects, such as potential impact on soil characteristics, wildlife behaviour, wildlife corridors, as well as the critical environmental services of provisioning regulating, cultural and supporting services.

On behalf of their partners, Pauline Nantongo, the director of Environmental Conservation Trust Uganda, said the critique of the ESIA for the Proposed Kyangwali Mixed Land Use was sent to NEMA’s Dr Tom Okurut.

“Your comments and conclusion are well received; I note you never saw anything positive on the requested investment,” Okurut said.

“The comments shall be matrix analysed together with input from others, then ranked to inform final decision.”