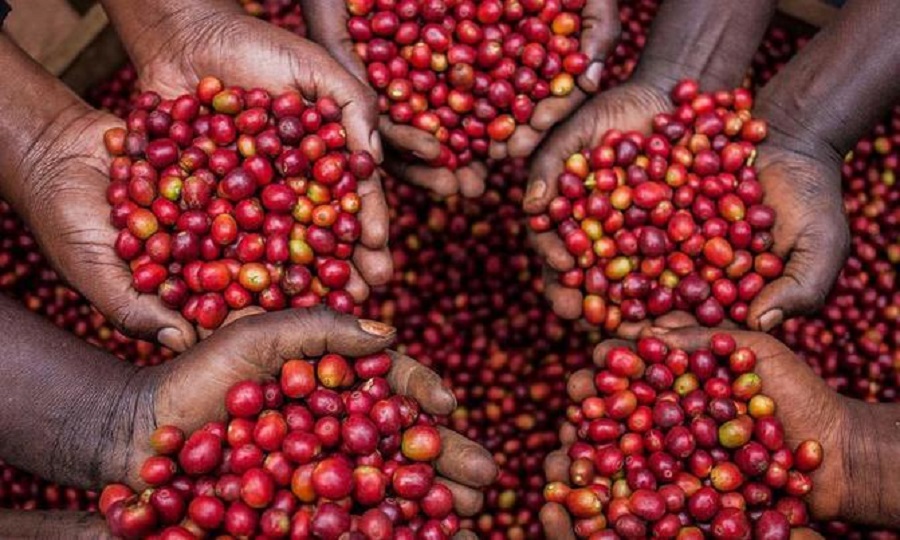 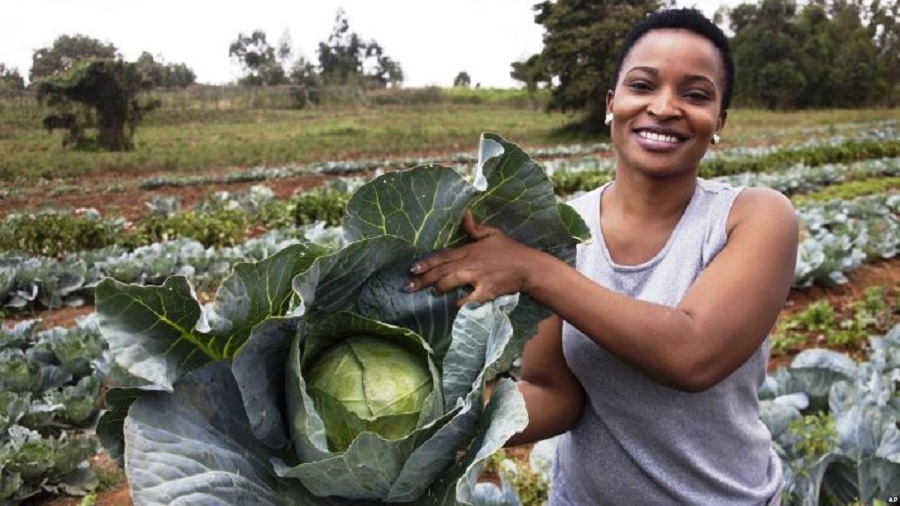 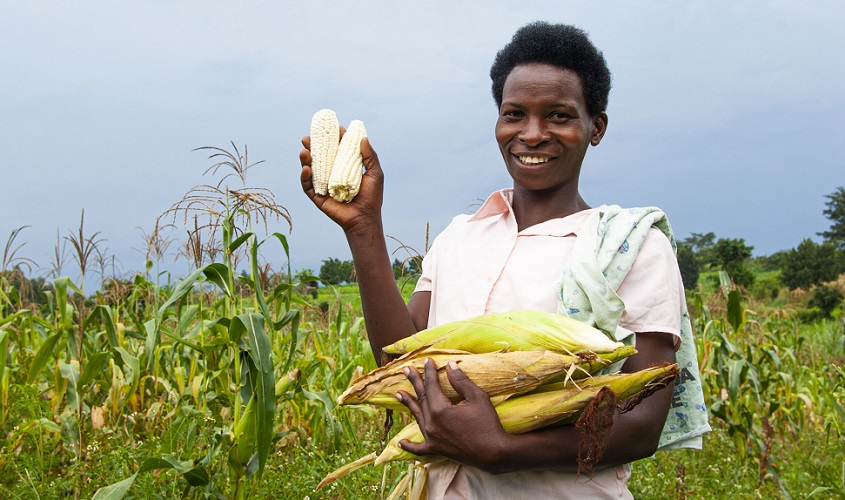 Prices of agricultural products are starting to rebound as the easing of lockdown measures in Uganda open up places of food consumption.

Evans Nakhokho, the chief manager, Agribusiness at Centenary bank, said during a thought-leadership forum hosted by the bank that economic recovery interventions had triggered a five per cent increase in food prices.

“The five percentage point price improvement is largely attributed to the gradual recovery of activities in the agricultural sector and the economy as a whole. A case in point is the improved price of matoke and other foodstuffs,” Nakhokho said.

Key to this recovery is the role that has been played by both financial and non-financial services in helping to ease the access of credit to framers, which, according to Nakhokho, raised the fortunes in the sector.

“Financing plays an instrumental role in boosting agricultural activities. The structured ecosystem that focuses on both financial and non-financial services has enabled the utilization of credit. This year, we have disbursed close to Shs 600 billion, of which 60 per cent has been issued to smallholder farmers.”

The symbiotic relationship shared by the banking sector and agriculture means that both have been pivotal to each other’s recovery efforts, according to Nakhokho.

“Agriculture financing contributes about 12 per cent of the total lending to all sectors in the banking industry, which is approximately Shs 2 trillion,” he said.

Beyond the financing, banks have also offered guidance to their customers in relation to managing their credit and how it can be invested for a strong return on investment, according to Nakhokho. He said they had reviewed business projects and even restructured the loans to make it easier for customers to pay back the money.

Mona Ssebuliba, chief operating officer, Agricultural Business Initiative (aBi), said their focus as an organization has been on stabilizing and strengthening financial institutions to ensure that agribusiness financing is supported.

“This has been implemented by rescheduling lines of credit (principal and interest) for a period of 12 months, reduced interest rate from an average of 13.5 per cent to 8.2 per cent on all running facilities…”

Ssebuliba said. Ssebuliba said farmers have to improve their businesses if they are to survive other challenges. He advised commercial farmers to have “the ability to swiftly adapt to improved business models, digitizing for improved resilience, business monitoring, and putting in place business continuity plans for the unexpected occurrences…”

Martin Fowler, the agriculture adviser, United States Agency for International Development (USAID) Uganda, recently stated that the Covid-19 lockdown presented mixed results in the prices of food. According to Fowler, there was a slight spike in staple food prices between March and April, followed by a slight decline, though, to August.

“Maize prices rose rapidly in the early weeks of Covid-19 lockdown (mid- March to April) from Shs 1,129 to Shs 1,458 per kg. This trend was caused by a combination of panic buying, speculation, government purchases and supply-chain disruptions. Other staples mirrored this trend,” Fowler said.

According to Fowler, food prices currently remain close to (significantly above, in the case of beans) 2019 levels and the five-year (2015-2019) averages, which shows that the sector has for the meantime managed to weather the storm from the impact of Covid-19 on the agricultural sector.

Effecting of the lockdown by the government, therefore, led to a decline in effective demand for food, which reduced household incomes, according to USAID.

Agriculture experts have now projected that the significant loss of formal sector jobs and incomes as a result of the impact of Covid-19 will continue to impact negatively the domestic demand for food, and their prices on the market. Similarly, international and regional demand prospects for agricultural commodities remain uncertain despite the improvement in food prices. 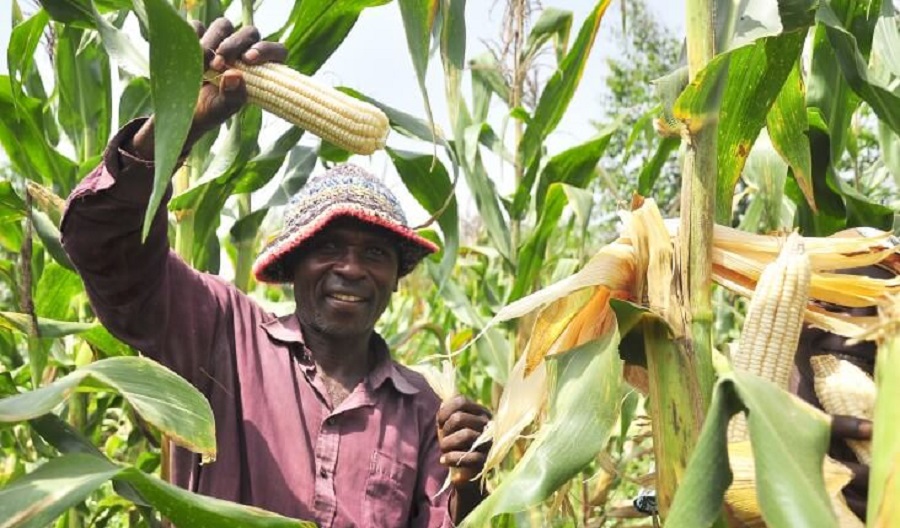 Farmers under their umbrella body the Uganda National Farmers Federation (UNFFE) have launched a manifesto detailing six areas they want politicians to prioritize during next year’s general election.

Speaking during the launch of their manifesto, the executive officer of the Uganda National Farmers Federation, Kenneth Katungisa, said there is a need to expedite the implementation of affordable irrigation equipment for farmers that play an important role in transforming food production.

Building the technical capacity of local governments on investment in small irrigation infrastructure, he suggested, would help to develop a sustainable irrigation system.

“UNBS should be mandated to deal with unscrupulous dealers of fake agricultural inputs on the market. The next government should provide adequate supervision of the agricultural inputs, to ensure proper facilities and environment for quality inputs,” he said.

Considering market access and co-operatives, Katungisa believes that investment should be made to improve storage and market infrastructure to help preserve the quality of products for marketing and processing, to reduce marketing costs for households.

When it comes to mechanisation and agro-processing, Katungisa said there is a need to sensitise farmers on post-harvest handling technologies, especially with regard to storage using available cost-effective and available technologies.

“This is in order to eliminate post-harvest losses and increase income for farmers, food security, and provision of good quality products for the farmers,” he said.

He noted that adopting an extension system that enhances effective service delivery and technologies uptake will help in attaining national development targets, emphasizing that there is a need to respond to the public outcry by establishing clear strategies for offering an extension.

Katungisa said involving farmers in research at different levels, including inception, participation, and sharing of research findings would benefit the farmers, including promoting farmer field schools in the farming communities.

The national coordinator for Uganda Farmers Common Voice platform, Betty Aguti, said as much as research is required by farmers, it is needed in areas that are lacking.

For instance, community solar irrigation and financing, which is still doing badly. Agnes Kirabo, the executive director of Food Rights Alliance, said politicians have overused farmers, but always abandon them after reaching the positions of leadership.

“When talking about smallholder farmers, we mean the farmer who is struck in poverty deep in the village, has been used, yet he helps in providing food on people’s tables,” she said.

Kirabo said every after five years, farmers point out their needs, emphasizing that politicians need to side with these farmers to give them assurance of what they intend to do for them. “We need everybody to support the farmers to attain balance. When they lose balance, everybody loses the balance,” she said.

Patrick Kawere, a farmer, said they have missed out on security fund, yet even the extension workers do not reach them. “They would be many in number, but always complain of fuel to reach us, which is a disservice,” he said.