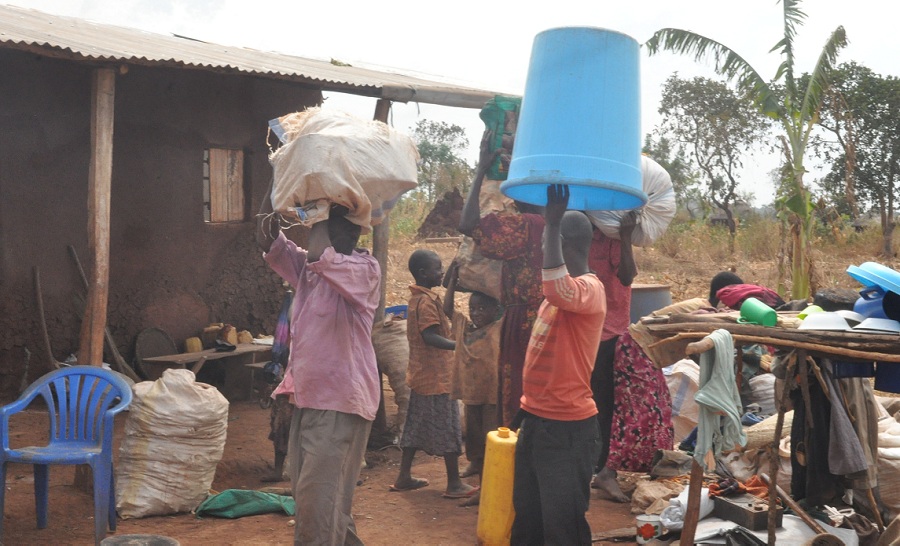 Thousands of native families in Kiryandongo district are facing violent and forceful eviction by Agilis Partners from a piece of land they have occupied for decades. The situation worsened after the High Court in Masindi, western Uganda, dismissed their application that sought to at least temporarily stay the eviction until their main case is determined.  Delivering a ruling on the injunction application, Justice Frank Albert Rugadya Atwoki said plaintiffs had failed to produce evidence that the situation is dare warranting an injunction.

In a case that pits Uganda’s haves against the have-nots, the peasants are up in arms against Agilis partners, a grain management and agricultural services company which is a 100 percent subsidiary of Joseph Initiatives limited.

Besides dealing in grains and supplying the World Food Program, Agilis through Joesph Initiatives has benefited from financial assistance of international agencies like UK’s Department for International Development (DFID).  The case stems from a 2018 court action by native communities who dashed to the High Court accusing Agilis and Partners for conniving with Uganda Police and Uganda People’s Defense Forces (UPDF) to forcefully grab their land.

According to Kabera James, the chairperson of Nyamalebe Landless Association, Agilis has never consulted the bonafide occupants on the investment, no valuation of properties, no agreed rates for compensation and there’s no agreement from them to give their land to this food company.

“I only remember a rally which was held at Kanoni one of the trading centers exist on our land in during November, 2017 where the police and Kiryandongo Resident District Commissioner (RDC), held a rally and announced that our land had been given to Joseph Initiatives. They threatened us with arrests and detention should we ‘sabotage’ the development,” Kabera says.

Article 203 of 1995 Constitution provides for the establishment of the office of the RDC and the roles provided for as, i) To monitor implementation of central and local government services in the district, to act as chairperson of the district security committee, to carry out other functions as may be assigned by the President or prescribed by Parliament.
An independent investigation by witnessradio.org indicate that Agilis Partners want to use the 2100 hectares to grow sim- sim, maize and soya beans. And through this project, it wants to empower 50,000 farmers from neighboring communities with modern farming skills. The same company pledged Shs 1 billion equivalent to about USD 250,000 community development budget for extension services, training centers, schools, hospitals and infrastructure development among others.