Media For Change NetworkConstitutional Amendment is a Must: Otafiire Assures Kyenjojo Leaders

Constitutional Amendment is a Must: Otafiire Assures Kyenjojo Leaders

IN November 23, 2017 BY Witness Radio 2180 views Leave a comment
Media For Change Network 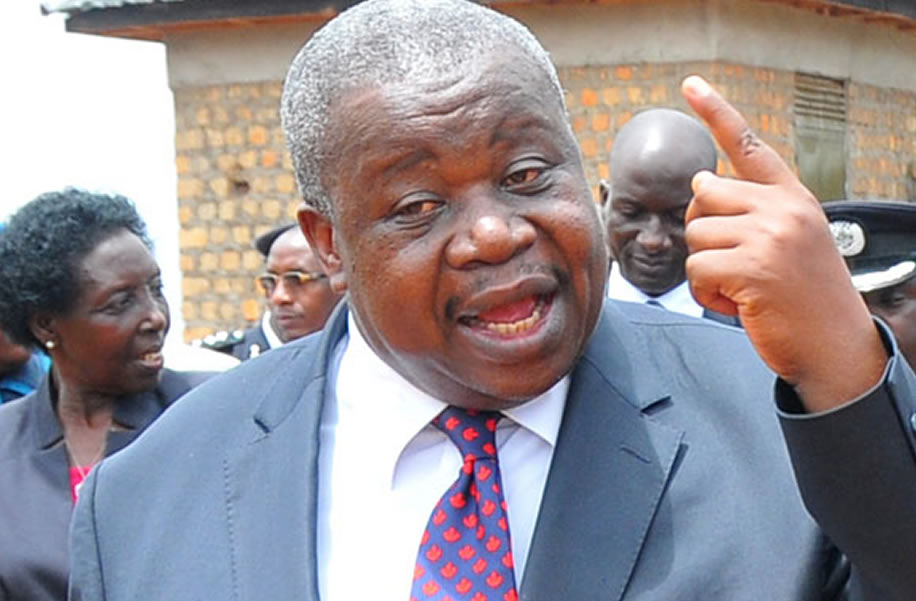 KYENJOJO. The Minister of Justice and Constitutional Affairs Gen. Kahinda Otafiire has assured National Resistance Movement (NRM) leaders that Article 102 b of the Constitution will be amended as planned.

Otafiire made the remarks while addressing Kyenjojo NRM Sub county leaders, NRM League leaders, among other leaders in an ongoing NRM nationwide consultative meeting to popularize the proposed amendment of Article 102 b of the constitution.

The meeting was held at Kyenjojo district council chambers.

Otafiire revealed that the Article was put in the constitution to stop Former president Milton Obote from contesting again as he was clocking 75 years. He added that he even knows the people who put that article but declined to reveal them saying some died.
By Alicwamu Hamis Katende