IN November 28, 2018 BY witnessradio.org 1662 views Leave a comment
land, livelihood and investment Livelihood Natives and Businesses 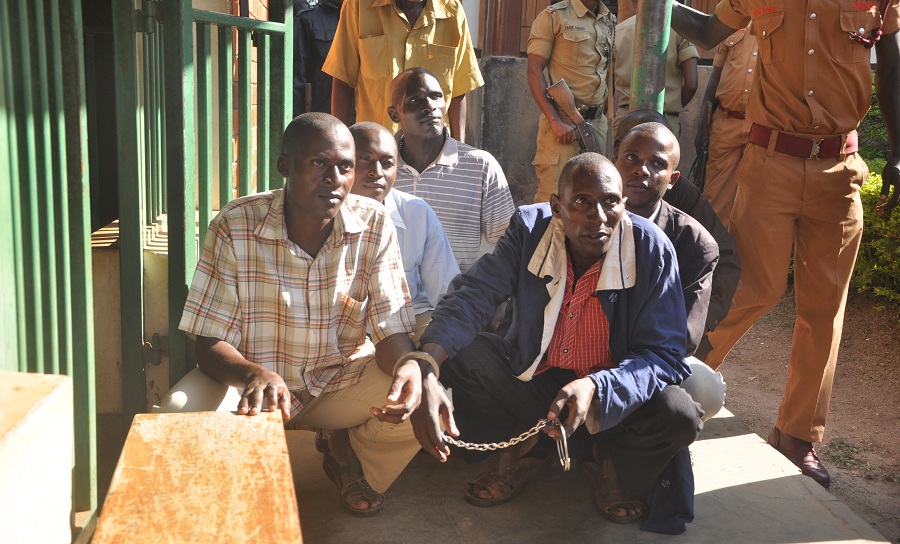 Clouds of darkness hit Mubende courtroom at 1PM on November 23rd and turned into a grieving moment for families of the 5 community land rights defenders who had gone to receive their breadwinners instead they were given a prison sentence of 34 years on charges of murder and aggravated robbery.

According to court documents, the trial was conducted without the arrest of real culprits that carried out the murder. Tumwine was killed in cold blood while cutting down one family’s garden that hadn’t been compensated by the company for its land. 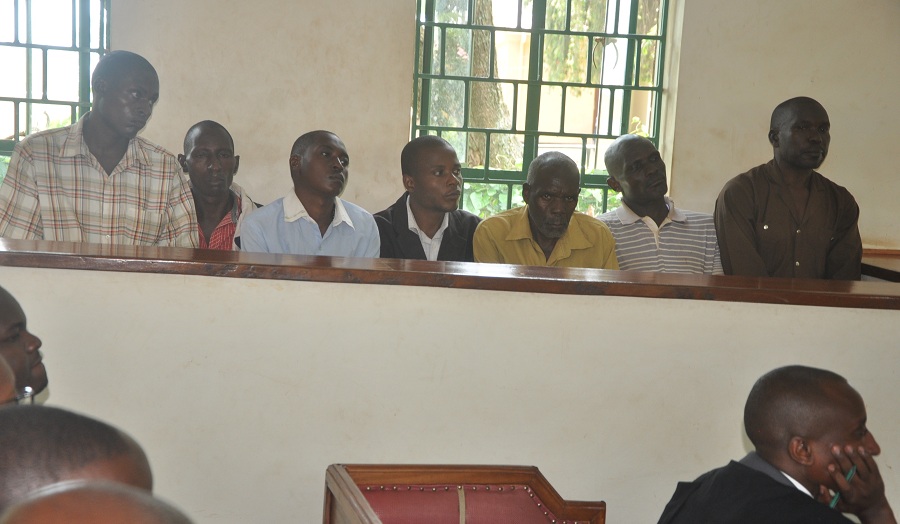 Presiding over the ruling, Justice Joseph Mulangira said the prosecution had adduced enough evidence and found all the seven community leaders guilty.

Those convicted to serve a 34 years of imprisonment include Ssemombwe Richard, a local council chairman; Ategeka Esau, a youth councilor at Maduddu sub country; Bukenya Godfrey; Ssebanenya Yona and Sserugo Sam and they were ordered to pay UGX 10 million in six months which was allegedly stolen from the deceased at the crime scene. UGX 10 million is equivalent to USD 3,800.

Before the arrest, the seven community leaders were very instrumental in mobilizing bonafide land owners (local communities) to demand for clear land demarcations and promoting a willing buyer and seller system.