IN March 5, 2018 BY witnessradio.org 1687 views Leave a comment
I write Human Rights 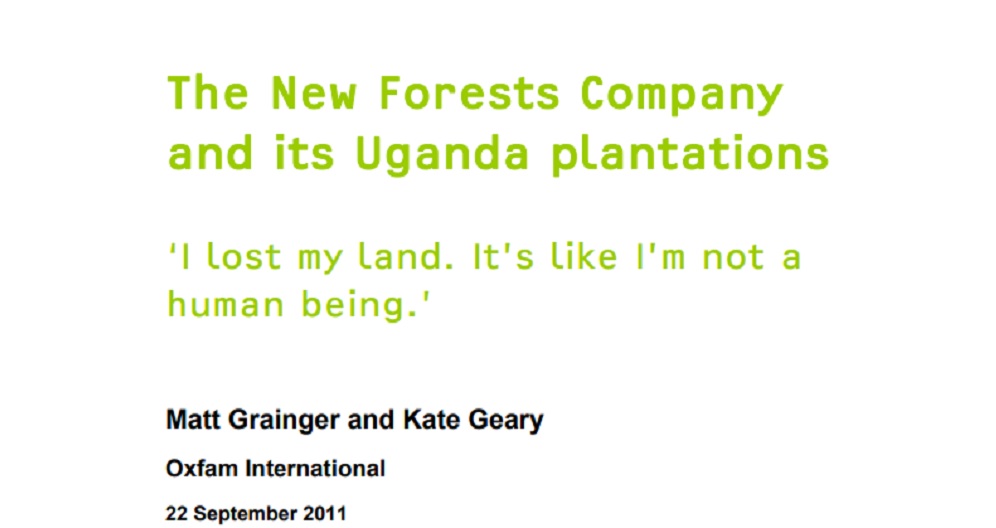 London-based New Forests Company (NFC) would seem to be the design blueprint of how a young modern company should conduct a major land investment in Africa in a responsible way. Oxfam’s investigations reveal, however, that serious allegations by people who were evicted from land to make way for NFC’s operations remain unresolved. How will the company respond?

Today, the people evicted from the land are desperate, having been driven into poverty and landlessness. In some instances they say they were subjected to violence and their property, crops, and livestock destroyed. They say they were not properly consulted, have been offered no adequate compensation, and have received no alternative land.

Oxfam believes that the affected communities in Kiboga and Mubende deserve to have their case heard and to see justice done.

In Oxfam’s view, NFC and its financial backers must be held to account for the lost
livelihoods and shattered lives of families evicted from the land they farmed. Oxfam is
calling on NFC and its investors to: