I write Human RightsUgandan farmer: ‘My land gave me everything. Now I’m one of the poorest’

IN March 6, 2018 BY witnessradio.org 1709 views Leave a comment
I write Human Rights 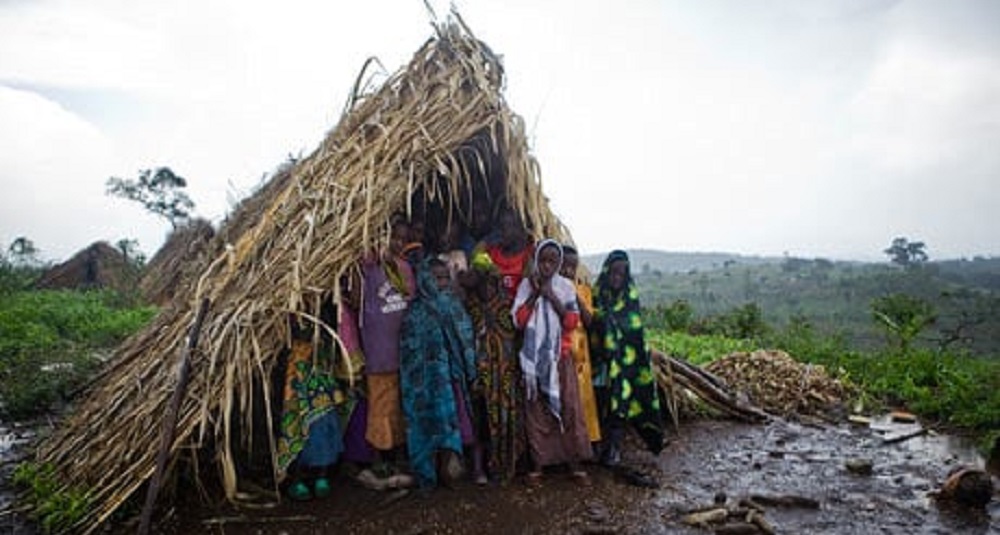 Francis Longoli, a small farmer from Kiboga district of central Uganda, is tearful: “I remember my land, three acres of coffee, many trees – mangoes and avocados. I had five acres of bananas, 10 beehives, two beautiful permanent houses. My land gave me everything. People used to call me ‘omataka’ – someone who owns land. Now that is no more. I am one of the poorest now,” he says.

Longoli and his family of six lost everything last year when, with three months notice, the Ugandan government evicted him and thousands of others from the Mubende and Kiboga districts to make way for the UK-based New Forests Company to plant trees, to earn carbon credits and ultimately to sell the timber.

Today, the village school in Kiboga is a New Forests Company headquarters. More than 20,000 people have been made homeless and Longoli rents a small house in Lubaali village. He says he cannot go back for fear of being attacked.

“I no longer own any land. It’s impossible to feed my children – they have suffered so much. Some days all they eat is porridge from maize flour. When people can’t eat well their bodies become weak – there have been lots of cases of malaria and diarrhoea. Some days we don’t eat anything at all,” says Longoli.

Christine, a farmer in her mid-40s, who lived in Kiboga district before the evictions, says: “All our plantations were cut down – we lost the banana and cassava. We lost everything we had. They won’t let us back in to look for the things we left behind.”

Land tenure in Uganda is frequently disputed, with the government handing out parcels and then trying to take it back. In this case, the land was originally a government forest reserve and some of the people evicted claim they were given deeds by the Idi Amin government because their families fought for Britain in the second world war. Others say they had bought the land legally.

Their land claims were being considered by the Ugandan courts when, they allege, the army and police forced them out in several waves of violent evictions which took place up to last year.

NFC – which is 20% owned by HSBC bank and describes itself as a sustainable and socially responsible forestry company – has licenses to grow trees in Uganda, Tanzania, Mozambique, and Rwanda. It strongly denies allegations that they had any involvement in any Ugandan evictions or violence, and told Oxfam: “There were no incidences of injury, physical violence, or destruction of property during the voluntary vacation process that have been brought to the attention of NFC.”

In a series of communications with Oxfam, the company says: “Evictions from government land – which go on in Uganda every day – are solely in the hands of the government and its designated authorities such as the Uganda Wildlife Authority, the National Forestry Authority, and the Ministry of Lands. We are expressly prohibited from dialogue and interaction from any illegal encroachers.”

Today, the people evicted from the land are desperate, living with relatives or having moved away from the area. They say they were not properly consulted, have been offered no adequate compensation, and have received no alternative land.

An Oxfam spokesman says: “They had schools, health centres, churches, permanent homes, and farms on which they grew crops to feed themselves and surpluses to sell at market. They paid taxes. Theirs were strong and thriving permanent communities.

“Land grabs are going under the radars of existing safeguards intended to protect vulnerable people. The New Forests Company describes itself as ethical and says it follows international standards, yet more than 20,000 people were evicted without meaningful consultation or compensation to make way for their plantations,” says Oxfam director Barbara Stocking.

“It’s not acceptable for companies to blame governments for shortfalls in their operations. Investors, no matter how noble they purport to be, cannot sweep aside the needs and rights of poor communities who depend on the land they profit from,” she says.

NFC responded with a statement saying it is taking Oxfam’s allegations “extremely seriously” and is conducting an “immediate and thorough” investigation.

“Our understanding of these resettlements is that they were legal, voluntary and peaceful and our first-hand observations of them confirmed this,” says the statement.

“This has been corroborated on a number of occasions by meticulous audits of the company by highly respected international organisations including the FSC (Forest Stewardship Council) and the IFC (International Finance Corporation, part of World Bank). The FSC concluded that ‘officials consider Namwasa one of their most peaceful and successful experiences in encouraging illegal encroachers to voluntarily leave central forestry reserves and would like to use the model for controversial areas in the future’.”

culled from the guardian: Link